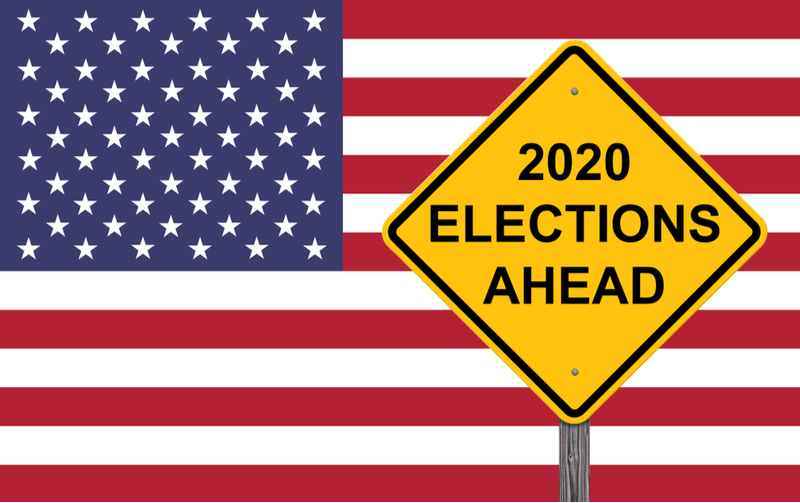 A lot has happened on the student loan issue since 2016. The presidential candidates had better take heed. We now know, for example, that at least 75% of all federal loan borrowers are either in default, forbearance, delinquent, unable to make payments on their loans, or they are paying but their balance is going up, not down. We also now know that 40% of 2004 students– who were only borrowing one-third of what is being borrowed today- will, or already have defaulted on their loans. The problem has become so dire, the recently resigned head of the federal lending system, Wayne Johnson, is now calling for widespread loan cancellation, and the return of bankruptcy protections to the loans.

There are 44 million federal student loan borrowers in the country. There are also roughly 11 million private loan borrowers and cosigners. Assuming the latter are roughly as distressed as the former, it is no stretch to say that over 40 million Americans are losing sleep over their loans…and they vote!

This problem has finally become too large to kick down the road. The removal of the most fundamental—constitutional—protections from the loans, including bankruptcy protections, statutes of limitations, and others, has created a viciously predatory, hyper-inflationary, big-government (the Fed owns about 85% of all student debt directly) beast that now constitutes a national threat. What is most compelling: the aforementioned facts were all from before the COVID-19 virus hit the U.S. To be blunt: It is a failed lending system.

This issue is the Wild West of politics. Unlike every other campaign issue one can list, the battle lines around the student loan problem are not clearly drawn. The “bad guys” behind this problem come from both Wall Street and K Street, from Sallie Mae to the Department of Education. Extreme conservatives and far-left liberals alike can be found calling for the return of bankruptcy protections to- and even cancellation of- the loans.

The number of voters that this issue holds for the candidate who meaningfully addresses this issue is an electoral bonanza the likes of which we have not seen in modern times. Student loan borrowers probably skew a bit more liberal than the national average (which stands at 31% Democratic, 25% Republican, and 40% liberal), but the large majority of these people- perhaps 60%- identify as either republican or independent. I will leave detailed analysis out of this article, but suffice it to say: whichever candidate can convince these 44 million distressed borrowers that he will solve this problem is certainly the one who will win the election, all else being equal.

There simply is no larger voting block up for grabs in this election. This is enough voters to turn a loss into a landslide win…and vice versa.

Last election, neither Hillary Clinton nor Donald Trump had anything meaningful to offer these voters. Clinton touted a “debt-free college” plan, which would only have benefitted future students (who by and large cannot vote). Trump had exactly nothing. Suffice it to say this issue was on ice last time, and we saw the results.

This time around, Joe Biden is trying hard to please these voters. He has called for loan cancellation up to $10,000 for federal loan borrowers, and also says he is adopting Elizabeth Warren’s bankruptcy plan, which includes the return of standard bankruptcy protections to student loans. President Trump, unfortunately, still has nothing. Also, the first three-plus years of his administration have been, frankly, a disaster for the borrowers.

However, a peek under the hood of Biden’s plan reveals that it is unimpressive to the point of being insulting to even slightly savvy student loan borrowers. First, his $10,000 cancellation plan- which currently appears to only apply to people who work in public service- will come nowhere near qualifying as “relief” for most borrowers, who average greater than $35,000 in indebtedness. This won’t even be noticed by those who are carrying higher debt loads, and it is pretty clear that borrowers would be taxed on the forgiven amounts, which makes it even less appealing.

Second, his plan requires Congress to pass legislation that raises taxes to “pay for” loan cancellation. This is asinine on its face since the taxpayers already paid for these loans many years ago. There is no good reason for them to have to pay twice. Not to mention: Congress is very unlikely to raise taxes or add to the national debt for this purpose.

What is worst about Biden’s cancellation plan, however, is that the Department of Education will be put in charge of administering it. The Department has demonstrated again and again through other, similar cancellation plans that it has absolutely no desire- or intentions- of canceling any loans! For example, the “success rate” for borrowers trying for the Public Service Loan Forgiveness Program (PSLF) is an almost non-existent 0.8%, less than one percent. Similarly, almost no borrowers who were supposed to have their loans canceled—by rule—because they had been lied to by their colleges have actually had their loans canceled, and in all likelihood, almost none will.

The Department is famous for making sure that they bureaucratize any forgiveness/cancellation program that Congress might pass- to death! The Department wants no changes to its predatory lending cash-cow. It has been, astoundingly, making a profit even on defaulted loans for years, and it is also interesting to note that the Department fights tooth-and-nail behind the scenes to defeat even the most indigent student loan borrower in bankruptcy court.

Biden’s adopted bankruptcy plan (courtesy of Senator Warren), unfortunately, rings equally hollow. While he dutifully cut and paste her general bankruptcy agenda onto his website, there was one glaring omission: Warren pledged that, as president, she would issue an executive order- on day one of her presidency- calling on the Department of Education to stop opposing bankruptcy filers on student loans in court. This is nowhere to be found on Biden’s agenda. Given Biden’s very checkered past on bankruptcy and student loans, just him saying he is for the return of bankruptcy protections is not enough. Not nearly.

As a longtime activist in this arena, I can say that the minimum we need to see from Joe in order to get our endorsement is a pledge- like Elizabeth Warren made- that he will, by executive order and on day one, return bankruptcy protections at least to federally owned/guaranteed loans. If we cannot get at least from them, then he is not to be trusted. His recent comments to Wall Street executives combined with his terrible past on this issue make him completely untrustworthy. We will enthusiastically throw our endorsement- again- to the Green Party and Howie Hawkins, who have been calling for the elimination of student debt since before 2016.

Nonetheless, just by mouthing the words “loan cancellation” and “bankruptcy”—however insincere they might be—Biden could very well lock down a great many of the 44 million distressed borrowers in the country who are looking for any lifeline- however thin- for relief on their student loans. Not to mention: residents of key states like Florida, Michigan, and Ohio seem to be hit particularly hard by student debt.

So the ball really is in Donald Trump’s court at this point. As sitting President, Trump could issue the aforementioned executive order returning bankruptcy protections to student loans. That, however, is unlikely to win over a huge number of voters. After all- how many voters will appreciate being returned the right to do something as unpleasant, demeaning, and dispiriting as filing for bankruptcy? Probably not many.

What the President could do- and what Biden could pledge to do: Cancel federally-owned loans by executive order. The Higher Education Act gives the Secretary of Education (and by extension, the President), all the authority needed to “compromise, waive, or release” the government’s interest in the loans owned directly by the federal government (this is about 85% of all student debt). The President could do this without congressional approval or appropriation. It would add nothing to the national debt. Because the government has been profiting upwards of $50 billion on this lending system for the past decade, it may even be that the taxpayers have already recovered their investment, and on balance could be breaking even on such a move. Not too mention: we need fiscal stimulus, and there is no better, cheaper, or better-targeted way to achieve that.

To be sure, this would be a bold move. But, as they say: Fortune favors the bold! Donald Trump said he would “drain the swamp”. This is his chance to walk that talk. Trump could cancel these loans (hopefully without tax implications for the borrowers), reset this failed, nationally threatening, big-government lending system, and come up with a better financing model for college that keeps prices down, quality up, and does not allow for the financial enslavement- and ruin- of our best and brightest.

That would be an October surprise for the ages. One that is, frankly, long overdue.

FacebookTweetPinEmailShares425
wpDiscuz
0
0
Would love your thoughts, please comment.x
()
x
| Reply
Share this ArticleLike this article? Email it to a friend!
Email sent!