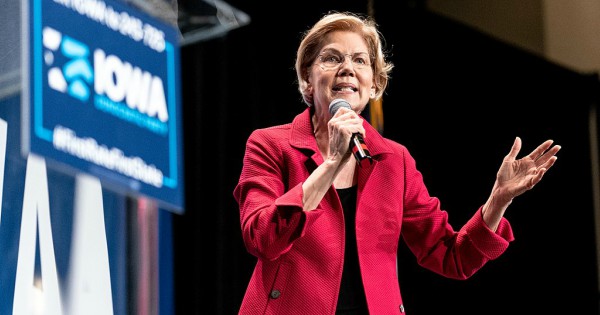 What else is there to say about Elizabeth Warren?  She has thought of everything. Time magazine’s cover story titled “I Have a Plan for That” pretty much says it all.

YouTube is loaded with videos of Warren taking stuffed suits to task. She told the CEO of Wells Fargo he should be fired. Ben Carson tried to explain and bully past her demands to know why he was delaying laws to end discrimination and she cut him cold, all he could do was glare at his microphone.

If there was ever a champion for the middle class it is Elizabeth Warren. She is a fearless political infighter, and a tireless advocate of the have-nots.

She angered Mitch McConnell so much he had her removed from the floor of the senate. And the “Never the less she persisted” movement was born. I think it should be reborn, put on a juggernaut and marched around the capitol, down Pennsylvania Avenue and then driven to the caucuses in Iowa.

In case you hadn’t noticed, I am a big Warren supporter. I was saddened when she didn’t run in 2016, and thrilled when she chose to jump in now. She is the counter to all we have seen, she is the cure, the remedy, she is “my guy.”

#RiseOfTheHippies loves Elizabeth Sanders, we just hope we don’t have to answer any questions in a senate hearing.

Facebook47TweetPinEmailShares47
wpDiscuz
Share this ArticleLike this article? Email it to a friend!
Email sent!