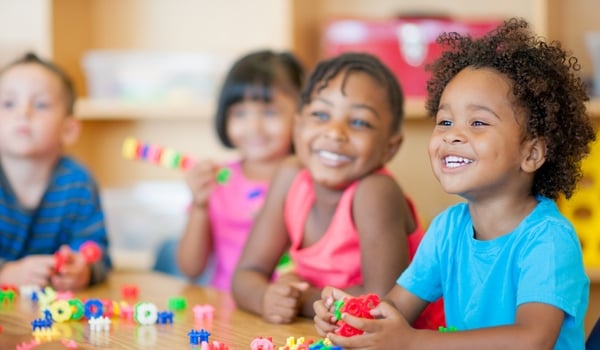 The importance of federal child care funding in Alabama

The additional CCDBG money was enormously important for child care in Alabama. The state does not provide any child care funding, except for the required match for the federal Child Care Entitlement to States grant, and does not use federal TANF funds for child care.[2] Alabama includes state-appropriated funds for pre-K education as a portion of its TANF maintenance of effort (MOE) obligation. But these funds were not, and could not be, supplanted with additional federal dollars.

Alabama used its new federal dollars to make investments that benefit children, families, workers and communities. The funding increase allowed Alabama to expand child care access and come into compliance with the 2014 reauthorization law. The state also made numerous improvements to its subsidized child care system.

According to officials and contractors with DHR,[1] the state has:

3. Eliminated all copays that were less than $18 per month. This essentially eliminated copays for all families with income below the FPL.[1]

5. Allowed training and technical assistance providers, such as Childcare Resources in Birmingham and the Family Guidance Center in Montgomery, to offer training to workers at faith-based exempt facilities, schools, YMCAs and other exempt centers.[1] These providers also were able to increase bonuses paid to workers who participate in on-the-job training.

8. Expanded Help Me Grow, a referral and case-management system for children ages birth through 8, including more referrals to child care and to other health and developmental services, such as obesity prevention.[1]

Disparities and barriers to child care access in Alabama

Alabama has significant racial and ethnic disparities in who receives child care assistance. In 2016 (the latest data available), 79% of children receiving child care subsidies were African American.[4] This is significantly higher than the national rate of 39%, as reported by the Center on Law and Social Policy (CLASP).[5] Approximately 29.5% of Alabama children are African American, and their poverty rate is more than twice that for whites. This is a major driver of the racial disparity in receipt of child care assistance.

Providers suggested language barriers, fear of immigration enforcement, lack of knowledge of the availability of child care subsidies, and reliance on care by family members contribute to low participation among Hispanic families. Past outreach efforts by community-based Hispanic organizations have been unsuccessful. But efforts to encourage Hispanic parents to apply for family care subsidies are expanding and may help increase participation.[1]

Who would benefit from greater eligibility for subsidized child care?

Like most states, Alabama sets eligibility for subsidized child care below the federal maximum. Prior to the receipt of new federal funds, Alabama set eligibility at 100% FPL. But after the new funds became available, Alabama raised eligibility to 130% FPL.

Based on that standard, 139,950 Alabama children are now eligible for subsidies, according to CLASP. If Alabama increased the subsidy eligibility standard to 85% MFI, an additional 118,712 children would become eligible for a subsidy.

While more slots are available to serve children beyond the current 42,000, federal funding is still not enough to serve all children in the state eligible at 130% FPL, according to DHR.[1] Absent additional federal funding or new state funding for child care, another increase in the eligibility standard is unlikely.

Most Alabama families have a hard time meeting basic needs, including child care. Children in Alabama whose family income is less than 130% FPL are eligible for subsidized child care. (For a family of three, 130% FPL is $27,729 annually.)

The share of young children Alabama’s child care market can serve is inadequate and varies widely by geography. No congressional district in Alabama has enough child care slots to serve every child under age 6 in the district, according to the Center for American Progress.[8] (See the table below.)

Both the 4th and 6th Districts have a disproportionate number of unlicensed, faith-based centers, a challenge discussed below.[1] Large areas of both districts are also economic suburbs of Birmingham, which is largely in the 7th Congressional District. Interviews with providers suggested residents of these counties might prefer child care facilities near their jobs rather than their homes.[1]

Providers interviewed suggested several changes that could increase the availability of care. These include increased subsidies for family day care homes and kinship care and higher reimbursement rates for center care, especially at initial certification.

State child care administrators also agree that more providers are needed, particularly in areas near U.S. 80, which runs through the 2nd, 3rd and 7th Congressional Districts in Alabama’s Black Belt.[1] They believe the state has a critical need for day care homes, centers offering non-traditional hours, centers that can provide infant and toddler care, and providers who can care for children with special needs.

This is a serious problem in rural counties, particularly in the Black Belt. In many such areas, the number of children needing care is too small and too isolated to support larger centers, and children could be better served in homes with three to 12 children. Rural areas also would benefit from an expansion of subsidized relative care, which is available in all 67 counties but not widely known.[1]

Until a recent change in state law, Alabama exempted religiously affiliated providers from licensure. In 2017, 53% of child care facilities were licensed, while 42% were unlicensed due to religious affiliation.[9] (The other 5% were exempt from licensure for other reasons.)

In 2018, the Alabama Legislature passed HB 76, which required facilities receiving state or federal dollars to be licensed by Aug. 1, 2019. But as of June 2019, nearly 250 faith-affiliated centers, out of a total of 834, had not yet been licensed.

Both the state and technical assistance providers expressed concern that these facilities might not achieve licensure by the deadline and thereby might become ineligible for subsidies. This could result in a loss of slots for subsidized children – or a loss of entire facilities.

The need for quality improvements and new technology

Alabama has a tiered Quality Rating and Improvement System (QRIS) in place. But there is a lack of participation by centers, especially at the higher tiers. This appears to be because increases to provider rate reimbursements per tier are not sufficient to cover the cost of the service improvement.

Interviewees cited the need for increases in reimbursement rates and incentives for quality improvements. They also said more training incentives for center employees and aggressive outreach to providers are needed, along with greater consumer understanding of the importance of the QRIS.[1]

The 2014 CCDBG reauthorization requires extensive reporting of information on the Alabama DHR website. DHR’s computer system is well over 20 years old, creating service delivery problems for many programs they operate. So updating the system will be challenging and expensive, particularly in light of Alabama’s chronic underfunding of human services.

New criminal background checks required by the 2014 reauthorization pose a similar technology problem. These checks are a significant expense: $45 to $50 per background check for more than 15,000 child care facility employees. Data incompatibility between the National Crime Information Center and the Alabama Law Enforcement Agency has led Alabama to request a waiver of this mandate. The state is seeking bids from vendors for this service, but as with the state’s computer system, the cost is expected to be considerable.

But low wages in traditional child care drive many of the best educated and trained teachers to apply for jobs in K-12 schools, where wages are much higher and benefits, including health insurance and retirement, are much better. Technical assistance providers stressed that salaries and benefits for child care employees needed to reflect those of early childhood teachers in public schools, both for equity and retention of newly trained workers.

Maintenance of federal CCDBG funding at the 2018 level is critical for continued progress in the provision of child care for low- and moderate-income children in Alabama. Increased funding would allow Alabama to expand the number of children who receive assistance by increasing income eligibility to 85% of median family income. It also would allow Alabama to increase per-child subsidies to programs. And that would improve the incomes of child care teachers and the retention of well-qualified and educated teachers.

This post was previously published on www.alarise.org and is republished here under a Creative Commons license CC BY-ND 4.0.
—
—

Alabama Arise is a statewide nonprofit, nonpartisan coalition of congregations, organizations and individuals united in their belief that people in poverty are suffering because of state policy decisions. Through Arise, groups and individuals join together to promote state policies to improve the lives of low-income Alabamians.

Facebook123Tweet2Pin1Email4Shares130
wpDiscuz
Share this ArticleLike this article? Email it to a friend!
Email sent!