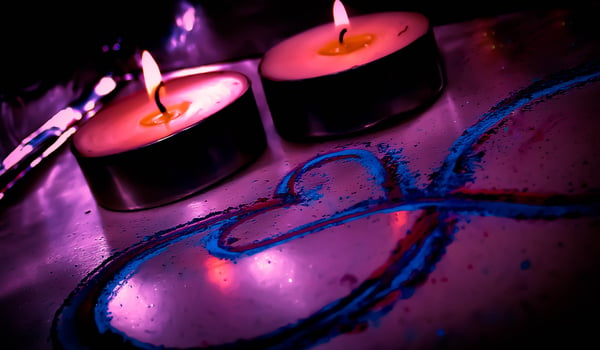 Warning: this article may be highly triggering for some readers. Nonetheless, I feel it is important for me to speak up about this toxic belief system like those brave souls who have gone before me.

Up until fairly recently I was still under the influence of this insidious ideology that has become almost mainstream on the internet. It wasn’t until I came across a video on YouTube  by Laura Ansell and Nadine Hope entitled ‘The Untold Truths of the Twin Flame Cult’ that the twin flame bubble I had been in for the past five years started to burst.

As I began to dig deeper, I came across the work of Underground Star and the plot thickened.  In her video, ‘The Indoctrination into the Twin Flame Cult’ she explains that whilst there is no specific cult leader, the twin flame belief system is self taught and then sustained by the individual through the incessant watching of tarot readings, energy updates, YouTube videos and astrology love readings. There are also a plethora of Facebook support groups and a variety of different coaching and healing programs offered to the collective at a premium price.

Thus, the internet plays an enormous part in both the indoctrination process and keeping people hooked into the twin flame matrix. One of the main issues is that the industry is highly unregulated and anyone can start claiming to be a “twin flame expert” and sell a variety of services and products in order to support you on the path to ‘sacred union.’

I am ashamed to admit that I was amongst this cohort during my involvement in the cult. I  wrote numerous articles about twin flames, began offering coaching services and hosted a Facebook support group. I have since permanently deleted and withdrawn all of my associated content and services.

The unfortunate truth is that the twin flame concept is a lie, a false concept that may have at one point had some truth to it, but has since been overly romanticised and bastardised to exploit our traumas, fears and conditioning. It provides a false promise of a ‘happily ever after’ with our true soulmate with whom we will embark on a predestined soul mission to help uplift the planet with our eternal unconditional love. I’m sorry, but WHAT A LOAD OF BOLLOCKS.

If you are reading this feeling a surge of anger, confusion and/or resistance, then you are likely still entrenched in the twin flame cult ideology, and may be holding onto the hope that your knight (or empress) in shining armour will eventually proclaim his/her undying love for you and offer you the fairytale romance and validation you have been desperately seeking.

I hate to tell you but the brutal truth is that this is most likely not going to happen. As my predecessors explained, the relationship you have with your so called ‘twin flame’ is more than likely not a sacred connection, but rather a narcissistic dynamic in which you have been subjected to repeated emotional abuse. If you look at the so called ‘twin flame stages,’ they are disturbingly identical to those of a narcissistically abusive relationship, only using ‘spiritual’ terms. What is referred to as the ‘bubble love stage’ and the ‘crisis’ stages in twin flame speak is actually the ‘idealization,  devaluation and discard‘ stages of a narcissistic relationship.

After the discard stage of the narcissistic relationship when your so called ‘twin’ abandons or rejects you in some way (often to pursue another relationship whether you are aware of it or not), you start to google for answers to explain what you have just experienced and lo and behold, the twin flame dynamic is often one of the first things that pop up. From there you are immediately hooked as a series of articles, tarot readings and youtube videos flood your subconscious mind, programming you with this new false belief system that appears to describe your experience down to a tee.

The trouble is that unless you know about narcissistic abuse, you are unlikely to find the information even though there is now plenty of it saturating the internet. This is likely because the twin flame cult phenomena has taken up even more virtual real estate and is infinitely more appealing than the stark reality of narcissistic abuse. This is where the twin flame system sinks it’s hooks into vulnerable victims, and you unknowingly become a devotee of not one cults but two.

Several experts on narcissistic abuse have likened this toxic dynamic to being in a cult.. a cult for two, but a cult nonetheless. This is because the narcissist often uses underhanded manipulation tactics to groom you through the idealisation and love bombing stages, and continue to control you via a variety of insidious means throughout the duration of your involvement with them.

Even after you have caught onto what is really going in and can see through their ways, there are often layers of deprogramming that needs to take place before you can truly be free of the narcissist’s grip and influence. If you have also been indoctrinated into the cult of twin flame, you also need to detox yourself from this programming as well, so in a way it’s basically like a mini cult within a greater cult.

Personally I believe that the intoxicating allure of the twin flame cult is down to the fact that it wraps everything you are experiencing up in a neat little bow by exploiting your traumas, fears, weaknesses, vulnerabilities and conditioned desires all in one false belief system.  The cult knows that you likely have rejection/abandonment wounds from childhood, that you are likely have strong empathic/codependent traits and thus you may have strong people pleasing tendencies and a desire to help fix others, and in this instance your supposed ‘twin flame’.

The cult also recognises that you may have experienced a spiritual awakening as a result of your tumultuous, traumatic and confusing involvement with this person you now have identified as your ‘twin,’ and that part of this may have involved a plethora of metaphysical experiences such as lucid dreams, visions and/or premonitions about this person and your involvement with them.

Human beings are often inherently lazy and idealistic truth seekers at the best of times, and it is far easier to accept an ideology that encompasses everything you have been experiencing on the premise that you have found unconditional love and that you will physically reunite with the object of your affection once you have worked on yourself enough and you are ‘healed.’

I could go on, but there are too many elements to address in one article that I will likely be writing several more in order to bring it all to light. The main point that I wanted to get across in this article is that the flame program is a cyber cult and it is insidious and often damaging to say the least. This fake ideology has taken off so fast that a wide variety of unsuspecting victims have been caught in the cyber net.

There are young women (and men) in their early twenties  who are holding on to emotionally abusive relationships because they believe they have found their twin flame and they are destined to be together. Meanwhile, twenty years go past and they still haven’t heard from their supposed counterpart, or they have been spoon fed breadcrumbs of attention to keep them stuck waiting in the narcissistic harem garage in the hopes that one day he/she will wake up and come and be with them.

This is a a serious waste of a life, not to mention the unprocessed, unhealed trauma they have accumulated as a result of years of insidious emotional abuse. This can be seriously damaging  and rob people of the best years of their lives.  It all starts with your willingness to hear and accept the truth as harsh and brutal as it may be. Remember that you are not alone, many others have been down a similar path, but we must try and do out best to pull ourselves out of it and reprogram ourselves so that we can really be free.

I am an experienced counsellor specialising in the areas of relationships with couples and individuals. I support clients to understand how gendered conditioning and attachment styles formed in childhood may be impacting on their adult relationships.​ I also provide spiritual coaching services for those who are experiencing an awakening and require some support on their journey.