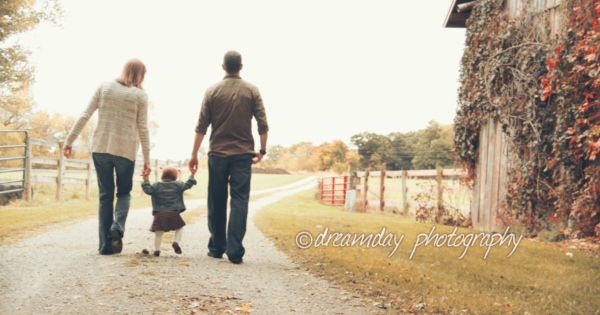 If you’re new to my Internet scribblings, here’s the backstory: I’m a stand-up comedian, which means I’m away from home a lot.

When I became a dad, I would spend my time in hotel rooms across writing letters to my too-young-to-read-them daughter.

Every so often, when I’ve had a busy week, and nothing new has exited my fingertips for my Good Men Project column, I dig up an old letter and offer it up as a way for GMP to take up digital space and sell their advertising.

What follows is one such letter.

I am in Merrillville, Indiana, and missing you dearly.

Two nights ago I was in Traverse City, Michigan, performing at a casino. This is only important because for reasons that defy all logic smoking is still allowed indoors in Midwest casinos. I say Midwest specifically because, for the most part, the United States has gone smoke-free.

By the time you are reading this, my hope is the last few vestiges of smoke-zones will have disappeared. When I was a child, people could smoke anywhere and everywhere. In restaurants, on airplanes… it didn’t matter if it was an enclosed space or had no proper ventilation; if you wanted a cigarette, you simply lit up. Now that I think of it, students could even smoke at high school; all you had to do was go to an entryway and have at it.

When I began my comedy career, smoking indoors was still widespread. I’d go out for a night of comedy and return home bathed in cancerous nonsense. I’d isolate my clothes and wash them twice, and immediately jump in the hottest of showers to bleed free my pores and wash the smell off me as best I could. Now that smoking is slowly being eradicated, the rare occasions I have to deal with it boggles my mind.

I guess the reason it’s on my mind is smoking is absolute proof that no matter how many facts people have available to them, they will still make the wrong choices in life. They will vote against their best interest because a commercial scares them into being falsely patriotic; they will hate groups of people because they were raised to. It’s depressing to believe, but ignorance will always exist; it will never be eliminated from mankind.

A customer approached me after the casino show. A jovial man, he was missing a couple of teeth, had unkempt hair, and smelled of a person allergic to water.

Smiling wide, he paid me an odd compliment: “I enjoyed 99% of your show!”

“Eh, some of your fag jokes,” he explained unashamedly. “It just seemed like you actually like them.”

I would like to say that this surprised or shocked me, or that I was taken aback, but all too often do I run into less-than-desirable people in my business. They approach me with the most sexist, racist, anti-human jokes possible, always delivering the closing line: “You can use that in your act.”

Over time, I’ve found the best way to handle these situations is using Judo, turning their misguided positivity back on them. In the case of this particular man, I smiled wide, chucked his shoulder, and said, “You’re too into a book of fairy tales, aren’t you?”

He laughed back because I’m not sure exactly he caught the fact I was mocking him. Which is the point of being upbeat instead of confrontational.

I’d like to pretend that by the time you read this, racism, sexism, and homophobia will be as far in the rearview as smoking, but there are certain areas America doesn’t seem to make advances.

A few years ago, it was actually an acquaintance of mine who spewed forth the bigotry that always makes me wince. He had just moved his family into a gated community; he viewed the outside world with mistrust and confusion, and living behind walls made sense to him.

My friend explained that he didn’t want to live in the city proper because “What if my son sees some dude in a dress? How would I explain that to him?”

He spoke these words with a mix of puzzlement and irritation, as if the issue puzzling him was an expert level Sudoku or a Rubik’s Cube.

I stared at him, dumbfounded. All I could think was: “Well, you’d say, ‘some men like to dress like women.”

His son would have shrugged and gone on with his day.

The reality of the situation is: my friend had the problem with differences in people. He couldn’t wrap his head around a man dressing as a woman, and instead of dealing with that he decided to push it off on his child. Because that’s what emotionally immature people do.

Children take their cues from their parents, and raising you to embrace differences in other people is one of the most important values I hope to instill in you. If I am unafraid of ethnicity and sexuality—black, Asian, Hispanic, gay—then you will be unafraid of differences in people. If I am mired in intolerance, then you will be raised the same.

It’s strange as an adult to look back throughout my life and realize I’ve had the same thought repeatedly throughout the years. I remember thinking in high school, “It’s the 1980s, not the 1950s, are we still hung up on gay rights and race relations?” I had the same thought in the 1990s, the 2000s, and with marriage equality slowly creeping across the states, the 2010s.

I would like to pretend that by the time you are reading this the world will be one big Benetton advertisement, with people of all races and sexualities drinking a Coke in perfect harmony, but I know that won’t be the case.

(I apologize for mixing decades-old advertising themes, but it makes sense in my head and makes me giggle.)

Sadly, I know too many people currently raising their children to be willfully ignorant, vote against their best economic interests, and who still believe in ancient ways and wish America was more like “the good old days.”

The problem is, “the good old days” were rarely good. Nostalgia is an easy escape for people who fear change. To people who long for the days of old, it’s simply a way of stating they wish black people, women, minorities, gays… they wish those folks knew their place once again; back in the closet, back of the bus, in the kitchen…

These harmful ideas are still out there, being regenerated by people who refuse to celebrate differences.

The only thing we can do is hope that over time, they become the minority, and acceptance and tolerance become the majority. And I have to admit the tides are turning, which is nice. It might be difficult to wrap your head around what I am about to say, but I remember television first tackling both the issues of inter-racial dating and homosexual unions. Believe it or not, when they were integrated into television shows, the issues were considered progressive, and edgy. Today each is more “normal,” or accepted, but there are still pockets of hatred aimed at anything deemed “different.”

“Whites should be with whites, Asians with Asians, blacks with blacks, and boys with girls!” the ignorant will yell.

I cannot really explain why people think this way, other than to say it is usually inherited. America used to be a deeply racist, homophobic, and sexist country. In fact, America shone brightly as the worst examples of all three of those traits for longer in its history than it has been on the right side of equal rights for all. Believing a certain race or sexuality was inferior or wrong was widely accepted, and passed down generation to generation. While the effects of those attitudes are fading, they do persist, which is unfortunate.

But, as said, they are fading, which means someday the overwhelming attitudes will be that people are people regardless of ethnicity or race, and that love is love regardless of gender identity.

The day those folk are the smallest minority around cannot come soon enough for me, but I think it’s important you know they exist.

Hence, this odd letter to you, a toddler.

Want to read the full book of letters to my daughter? It’s OK to Talk to Animals (and Other Letters from Dad) can be found on Amazon.

Photo by the author.

Facebook47TweetPinEmailShares47
wpDiscuz
0
0
Would love your thoughts, please comment.x
()
x
| Reply
Share this ArticleLike this article? Email it to a friend!
Email sent!