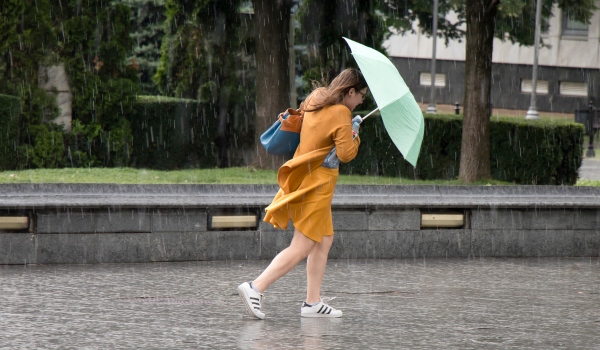 LONDON, 23 September, 2019 – Urgent action on climate change will be costly. But inaction could be four or five times more expensive, according to new climate accounting: extremes of global heat are on the increase.

Submarine heatwaves happen three times more often that they did in 1980. Ocean warming events can devastate coral reefs and trigger even more damage from more intense acidification and oxygen loss in the seas, with disastrous consequences for fishery and seafood.

The ecosystems on which all living things – including humans – depend are shifting away from the tropics at up to 40kms a year. Extremes of torrential rainfall, drought and tropical cyclones are becoming measurably more intense.

And all this has happened because global mean surface temperatures have risen in the last century by about 1°C, thanks to ever more carbon dioxide in the atmosphere, a consequence of profligate use of fossil fuels to drive human expansion.

“People from small island states and low-lying countries are in the immediate crosshairs of climate change. I am very concerned about the future for these people”

Forecasts suggest humans could tip the planet to a rise of 1.5°C as early as 2030. This is the limit proposed by 195 nations in Paris in 2015 when they promised to keep global heating to “well below” 2°C by the end of the century.

And now researchers once again warn in the journal Science that even the seemingly small gap between 1.5°C and 2°C could spell a colossal difference in long-term outcomes. Right now, the planet is on track to hit or surpass 3°C by 2100. The case for drastic reductions in greenhouse gas emissions is now more compelling and urgent than ever.

“First, we have under-estimated the sensitivity of natural and human systems to climate change and the speed at which these things are happening. Second, we have under-appreciated the synergistic nature of climate threats – with outcomes tending to be worse than the sum of the parts,” said Ove Hoegh-Guldberg of the University of Queensland in Australia, who led the study.

“This is resulting in rapid and comprehensive climate impacts, with growing damage to people, ecosystems and livelihoods.”

And Daniela Jacob, who directs Germany’s Climate Service Centre, added: “We are already in new territory. The ‘novelty’ of the weather is making our ability to forecast and respond to weather-related phenomena very difficult.”

The two scientists were part of a much larger world-wide team of researchers who looked at the risks that arrive with rapid change: damage to forests, farms and wildlife; to coastal communities as sea levels rise and storms multiply.

Their message is clear. There would be huge benefits to containing average global temperature rise to no more than 1.5C above the long-term average for most of human history.

“This is not an academic issue, it is a matter of life and death for people everywhere.” said Michael Taylor, dean of science at the University of the West Indies in Jamaica.

“That said, people from small island states and low-lying countries are in the immediate crosshairs of climate change. I am very concerned about the future for these people.”

So far, the commitments made by most nations are simply too feeble. That risks condemning many nations to chaos and harm, and, as usual, those most vulnerable would be the poorest.

“To avoid this, we must accelerate action and tighten emission reduction targets so that they fall in line with the Paris Agreement. As we show, this is much less costly than suffering the impacts of 2°C or more of climate change,” said Professor Hoegh-Guldberg.

“Tackling climate change is a tall order. However, there is no alternative from the perspective of human well-being − and too much at stake not to act urgently on this issue.” − Climate News Network

This post was previously published on Climatenewsnetwork.net and is republished here under a Creative Commons license.