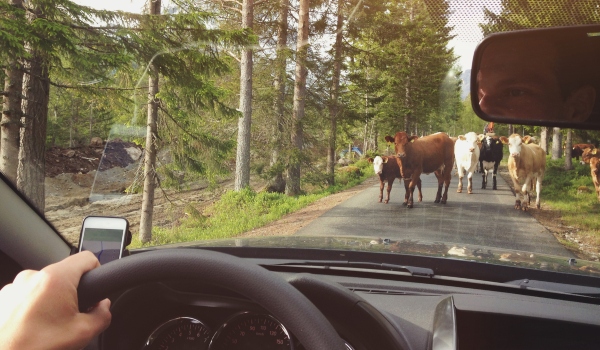 DUBLIN, 18 October, 2018 − The failure to include carbon taxes in Ireland’s latest budget has been described by critics and climate scientists as a shameful episode in the country’s politics, and evidence of the government’s hypocrisy on tackling climate change.

Ireland is among the worst performers in Europe when it comes to reducing carbon emissions.

It was expected that the country’s decision-makers would introduce a new series of carbon taxes in the budget as part of efforts to meet European Union (EU) carbon emissions reduction targets. But the much-touted rumours proved false.

Leo Varadkar, Ireland’s Taoiseach or prime minister, who has in the past described the country as being a laggard on climate change issues, would only say carbon taxes would be introduced “at some stage”.

Government critics say Mr Varadkar’s minority government is concerned that any move to bring in higher taxes on fossil fuels and other measures aimed at tackling climate change would cost it votes in a general election that could be held in the near future.

“Other issues, apparently, are more pressing than climate change, and the government is happy, it appears, for Ireland to be blown and scorched beyond recognition,” wrote a columnist in the Irish Times newspaper.

“With the refusal to take climate change seriously, the gulf between rhetoric and action has grown to farcical proportions.”

Ireland is certainly not alone in talking of the dangers of climate change while doing very little to combat the problem. Too often, politics – or the desire for economic growth – take priority over questions related to global warming.

On present performance, Ireland is nowhere near achieving either EU carbon emissions reduction goals or the targets on the take-up of renewable energy.

Professor John FitzGerald, of the independently-constituted Climate Advisory Council, says the failure to increase taxes on fossil fuels “signals that the government is not ready to take the obligations of tackling climate change seriously”.

The Government’s latest budget and its failure to take measures to combat climate change coincides with what’s seen as a highly significant report from the Intergovernmental Panel on Climate Change warning of the potentially catastrophic consequences of inaction.

In recent years, Ireland’s emissions have been growing, not decreasing. The country has a seven million-strong cattle herd, and the flatulence of cattle produces large amounts of methane − a particularly potent greenhouse gas.

Emissions from the transport sector have been increasing substantially. Critics say that, at the very least, a new tax should have been brought in on diesel, which − unlike in most EU countries − is cheaper in Ireland than petrol. Yet fumes from the burning of diesel are now considered to be more harmful to health than petrol fumes.

A letter writer to one Irish newspaper, describing the country’s failure to tackle growing emissions as a source of national embarrassment, wrote: “What planet does our government live on? If it was the same one as the rest of us, it would surely do everything in its power to safeguard its future.”

Critics point out that unless urgent action is taken, Ireland will be liable to pay millions of euros in fines to the EU for not complying with emissions reduction targets set by Brussels.

To add to the government’s problems, Denis Naughten, the minister for communications, climate change and environment, was forced to resign last week due to his dealings with a businessman bidding for a national communications contract worth billions of euros. − Climate News Network