Get Daily Email
Join/Login CLOSE
Home / Featured Content / From Civictechs to Civic Libraries: Where Are the Places of Our Mobilizations? 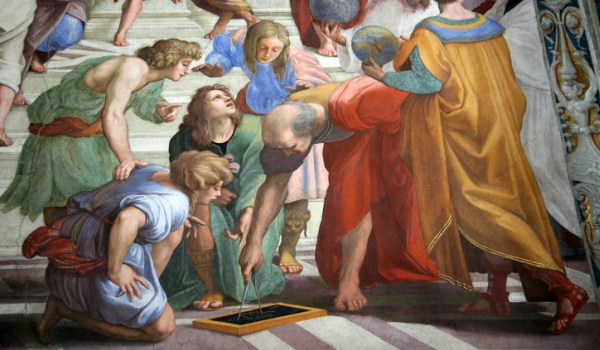 Roundabouts, tolls, squares … the Yellow Vests movement shows it: mobilization does not go so much through the use of digital tools as through the reappropriation of places throughout the territory. In these times of Great National Debate, we need more than ever “civic libraries”: open spaces to learn and exercise democracy over a long time in our country.

The exercise of democracy today brings out a cleavage between two partially unsatisfactory models: on the one hand, power in the hands of an elite perceived as not very legitimate and disconnected who would decide for all; on the other, groups or collectives who… often do not decide anything, for lack of sufficient agreement. There is a great temptation to want to get out of enlightened authoritarianism by offering the group to take part in decisions. But therefore, how can we integrate the opinion of several thousand or even millions of people while maintaining consistency, fair results and widely shared consent?

Fostering collective learning and shared reflection is in itself a primary interest in participatory approaches. But the excesses are numerous and relatively few conclusive examples are available to us. The recent circumvention of the EESC’s consultation by Manif pour Tous groups shows that technological tools cannot do without a strong and encouraged democratic culture.

The report of the Knight Foundation (2015) classifies civic techs into two categories: those aiming at more openness of governments and those allowing more successful citizen participation. The first category brings together subjects as diverse as data openness and transparency, facilitation of the voting process or co-creation of laws. The second brings together the development of citizen networks, the engagement of local communities or the sharing of citizen data.

In France, actors are doing remarkable work to widen participation in political decision-making (DemocracyOS), to promote continuous democracy in the territories (Open Democracy and it’s Highly Citizen Territories), to offer boycott platforms (I-boycott ), debate to form your own opinion and take action (Le Drenche) or compare political programs in a neutral manner (Voxe.org). To recite nobody else but them.

Focusing the debate on digital tools, as proposed in many media seems to be an inconclusive track, which cannot, alone, rise to the challenges we are currently facing.

Hypothetical civicthèques: where are the places of our mobilizations?

The etymology of the word “thèque” comes from the Greek têkhê which means “case, box, case”. That is to say the container, and by extension, the context favorable to development, to hatching. Media library, library, art gallery, toy library, disco: each major activity in our lives seems to have its own place … except democracy. In Ancient Greece precisely, the agora was the place of all debates, contradictions and decision-making in the interest of the sovereign people. This lack of confrontation space is currently glaring in France.

Cafes and other bistros are gradually disappearing …  in favor of Mc Do, thereby slowing down the possibility of fueling trade. Revealing, building, living in these places necessarily requires a long time and a decentralized approach. This is all at stake in the face of a French democratic model which now obeys more of temporal and national logic: voting every 5 years for a President of the Republic with extended powers to maintain national stability.

Third places are often presented as ready-made remedies for all the ills of our society. Let’s be very clear: no, third places are not a quick fix. But to revitalize local democracy, let’s think about it.

Third places are spaces halfway between “home and work” according to Ray Oldenburg (1989). Movilab adds that they correspond above all to a “process of emergence of a collective project (…) between people and varied skills which are not necessarily intended to intersect”. Our Thousand Places study shows that the hybridization of uses found there constitutes the first richness. In turn, coworking spaces, fablab, medialab, recycling plant, incubators, nurseries, exhibition spaces… they are an excellent way to federate collective projects and take the pulse of a territory.

Third places such as Quincaillerie à Guéret offer unconditional reception to each person who crosses the threshold trying to do their best to contribute to the achievement of each within a collective. Aux Riverains à Auxerre, the different people involved in the place say they feel they belong to a “family” within which we can debate. These places occur in a context of medium-sized cities which illustrates a very strong feeling of downgrading and conveys an image of Peripheral France which would be excluded from the landscape.

A great deal of energy continues to be spent around the civic techs, while the question of places, the civic libraries, remains neglected. The civic design, any young discipline, suggests great promise for building bridges between the two. The moult and survival of our democracy depend on it.

To extend discussions and build a critical approach to the place of digital technology in Europe, come and participate in the Grand Barouf Numérique, on March 20 and 21 in Lille. Your mission if you accept it: play the role of a deputy to debate a fictitious law, on very real issues.