Get Daily Email
Join/Login CLOSE
Home / Featured Content / From COVID-19 To Caribbean Literature, This Is What the Region Looked Like in 2020 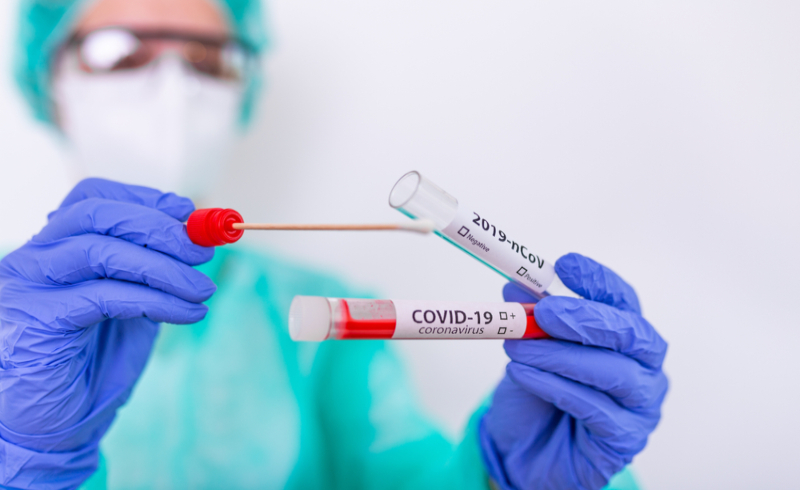 COVID-19 was undoubtedly the topic that dominated news headlines this year. In the Caribbean, however, the pandemic served to exacerbate already existing issues, including societal inequities and gender-based violence — but it also allowed regional netizens the space to create and reimagine their collective future.

From travel bans to declining tourism, the Caribbean — like the rest of the world — was forced to readjust in an attempt to stay safe from the virus.

Behavioral changes were slow to take hold, however. Jamaica encountered problems with overcrowding in public shopping areas, and there were several reports of the police breaking up parties in Trinidad and Tobago, even as public health regulations limited congregating in large numbers. The inconsistencies guiding such police actions contributed to online discourse questioning whether there was a double standard at play in the enforcement of COVID-19 protocols.

The ripple effects of COVID-19 restrictions — economic and otherwise — soon began to take effect. Trinidad and Tobago, for instance, experienced a rise in reports of domestic violence during the country’s initial lockdown period, and the economic gap seemed all the wider once school went online, leaving many students without access.

Just as in a war, the battle against COVID-19 was full of advances and retreats, including the early cancellation of Trinidad and Tobago Carnival 2021.

The pandemic also brought out people’s creativity, however, both in the kitchen and via an online extempo initiative in which singers and musicians sent messages of safety and solidarity. One regional netizen even began applying design thinking to the question of how the Caribbean can best prepare for a post-COVID-19 world.

Following the May 25 murder of George Floyd, an African-American man, at the hands of police officers in Minneapolis, Minnesota, the United States-based Black Lives Matter movement was thrust into the global spotlight.

In the Caribbean, Floyd’s death raised important questions of the region’s own deeply-rooted racism and colonial legacy.

The #BLM movement inspired — across the region — calls to remove statuary that many felt robbed Caribbean people of the right to tell their own history. In Barbados, these efforts culminated in the official removal of a statue of British naval officer Horatio Nelson for his role in the transatlantic slave trade.

From Jamaica to the north of the archipelago to Trinidad and Tobago at the south, there were also calls for greater police accountability and prison reform.

While there were several missteps with businesses trying to capitalize on the public interest created around the #BLM movement, there were also attempts at discussion around race.

In Guyana, however, after a long and drawn-out elections impasse, in which the incumbent government, predominantly appealing to Afro-Guyanese voters, was accused of trying to rig the results in its favor and keep out the opposition People’s Progressive Party (PPP) — which has a primarily Indo-Guyanese support base — from office, ethnic tensions were rife, culminating with the brutal murder of two young men.

After its own bitterly contested election, many social media users suggested that Trinidad and Tobago’s own racist underbelly was on display.

#BlackLivesMatter also helped catapult the region’s right to slavery reparations into the international spotlight. Buoyed by the success of The University of the West Indies signing a historic GBP 20 million ($24,308,500 United States dollars) reparations agreement with the University of Glasgow in 2019, the Caribbean continued to make its case for why reparations are necessary.

As the pandemic put regional concerns into sharper focus, one of the most pressing continues to be the environment. It is a cause regional social media users rallied around this year, from the celebration of Earth Day to the recognition of World Environment Day.

There were several encouraging milestones when it came to championing the environment, from the passing of Belize’s Fisheries Resources Bill, hailed as “a model for how to manage marine resources,” to the vibrant youth activism against proposed limestone quarrying in an ecologically sensitive area of Jamaica.

Activism also triumphed when it came to raising public awareness about the environmental threat posed by a listing Venezuelan oil tanker anchored in the Caribbean Sea.

Even as Jamaican environmentalist and author Diana McCaulay’s wrote a dystopian novel that warned of what the region, and the world, may look like in the future as a result of the climate crisis, there were glimmers of hope that the Caribbean could help to overcome such a fate.

Violence against women and children continued to plague the headlines from the start of 2020.

Some activists made the link between violence and how Caribbean cultures regard and treat women, calling sexism “one of the most dangerous biases.”

Trinidadian comedian Simmy De Trini used online platforms like Facebook to turn such gender bias on its head, while writer and university lecturer Amilcar Sanatan drilled down into the ways in which Caribbean men are socialized and how they can help end the violence.

The region’s literary talent was a bright spot in 2020 — the year that the Bocas Lit Fest, well regarded as the Caribbean’s premier literary festival, celebrated its tenth anniversary. Just as the pandemic hit, Bocas published its longlist for the 2020 OCM Bocas Prize for Caribbean Literature, and also kept cooped-up netizens occupied by crowdsourcing “the 100 Caribbean books that made us.”

Founder of the Bocas Lit Fest, Marina Salandy-Brown, was also awarded an honorary fellowship of the Royal Society of Literature for helping to bring Caribbean literature to the world.

Caribbean authors experienced great successes this year too, with many of them being nominated for — and winning — international literary prizes.

Global Voices had the pleasure of featuring quite a few of them, including Roger Robinson, Ingrid Persaud, and Brian Heap.

Finally, the Caribbean bade farewell to many of its greats this year.

Within just five months of each other, Trinidad and Tobago lost the cultural bastions of brothers Tony and Dennis Hall, and Jamaica mourned the passing of pioneering reggae singer/songwriter “Toots” Hibbert, whose death was widely reported as being COVID-19 related.