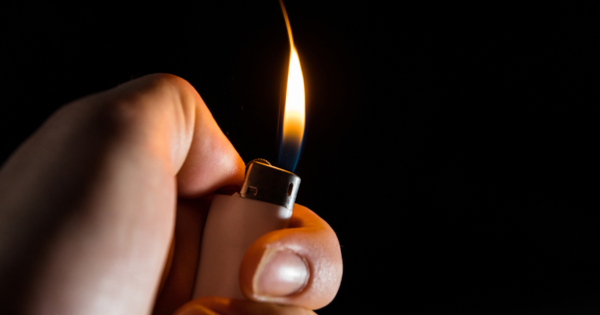 I’ve researched Narcissism for over a decade. Often times people do not realize that gaslighting is part of many personality disorders including Passive Aggressive (PAPD) and Narcissism. Also, Pathological behaviors or Sociopathic behaviors and others. Gaslighting is toxic!

However, gaslighting is still new to the minds of many people. It is now becoming more known. The term, which comes from the classic film “Gaslight” in which a husband manipulates his wife into believing she is going insane, is most often defined as a function of Intermittent explosive disorder which features rapid outbursts of anger designed to get the other person to doubt their experience, what they heard or their personal emotions. It is designed to throw them off balance.

That is part of it, but there is so much more. One of the most toxic of behaviors is the covert manipulation that takes place. Many talk about the overt behavior and the covert isn’t discussed!

It is more damaging to most to experience the covert. It gets down into our subconscious and is very good at messing with our minds. Gaslighters are masterminds of toxic manipulation.

I experienced it in a relationship this year and I know what the signs are. It can happen to anyone! Seems like this last experience with a gaslighter is the most covert yet. Even after the break-up, still gaslighting! Letters, emails, texts trying to get me to see it HIS way. Stalking.

To a gaslighter, it will always be YOU that has the problem; you aren’t seeing it right. You are really not clearly hearing or seeing what happened.

So my last experience happened in hindsight because so many people in the community believed him to be an outstanding man. After it was over, I started hearing people say they knew he was “bad news”. I was in a vulnerable state because I was recovering from a horrible accident where I almost lost my right arm. Then my father was on life support and died.

So, my brain was off already! I was overwhelmed and weakened by having to deal with too many difficult things.

Now I understand he was indeed totally using it to his advantage! The vulture! Really showing very little concern and yet making his (tiny bit of compassion) out to be a big deal!

I didn’t realize that I was miserable with this man. I had so much to cope with. Yet in the back of my mind, I knew he was toxic. I also knew I had to back out carefully! Yet, that isn’t the way it happened.

I wanted out! I knew that I’d been treated so much better with other men and he was glorifying what little effort he’d put in. Afterall he is an “outstanding man”.

That is the big advice I can give with gaslighters:   Listen to the small voice inside, the lack of a smile and the turning in your stomach;it might sound “sane”, but inside you feel bad about it. Maybe you cannot put it together, but something isn’t right.

Even though I was going through a hard time, I still confronted him on the I DID NOT!, YOU’RE GOT IT ALL WRONG! I DIDN’T SAY THAT – IT’S YOUR HEARING, THE ACTING LIKE I WAS THIS CRAZED WOMAN THAT CLEARLY SAW THINGS SKEWED! Funny that whole thing about projection!

You will never ever get a reflection from them that acknowledges they had an issue, it will always, in my experience include WHAT YOU DID!

The second piece of advice I have is: Defiance and Resistance! It works! Yet the general public feels it is “vengeance”.

They cannot see that resistance and defiance are the way you have to cope with a gaslighter! They will use any passivity, compassion or neutrality to their benefit. Be clear holding your boundary, repeating your experience and not taking it from them will help you, but will be seen as anger issues, and again, vengeance.

You have to be strong! Not let what they think or how they have lied to others about you, chip away at your sanity and your knowing!

Get the hell away from them asap! It is useless it will not change.

Learn as much as you can about Gaslighting! It is common! It saves you your peace of mind in the long run! You get out or away from it much sooner!

I work with Men and Women to Awaken the Conscious part of themselves that knows how to love deeply. Passionate about the human experience, human behavior, and psychology for 26 + years. Into spiritual awareness and connection through questioning our beliefs, changing our reality. Mentoring people to connect at a higher level with themselves and others. To love deeply, freely and open up to be authentic. https://consciouslyawakecounseling.com/

Facebook93TweetPin2EmailShares95
wpDiscuz
0
0
Would love your thoughts, please comment.x
()
x
| Reply
Share this ArticleLike this article? Email it to a friend!
Email sent!