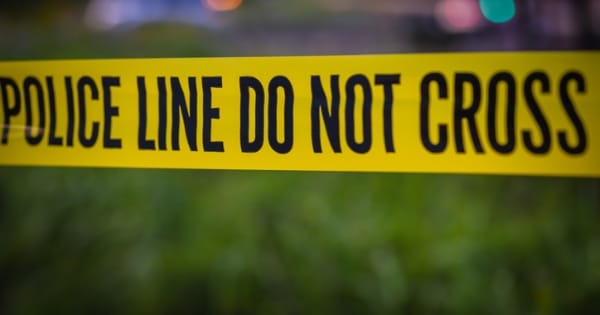 —
On Saturday, August 31, 2019, I woke up to what I can only describe as a gut punch of heart-breaking news by a family member. I could hear the crack in her voice and burgeoning tears as she repeated herself, but I was barely awake and it wasn’t registering.

I asked, “what?” as I opened my eyes and sat up trying to rouse my brain to process the information.

She said, “Charnea was shot.” Charnea Smith was my 23-year-old cousin, who I babysat for when she was a child. She showed up to every family event and would swing her arms around my waist as she said hello to me.

I felt mixed emotions as the words finally seeped in, but my mind instantly thought, ok I need to get up so we can go to the hospital.

She continued, “She didn’t make it.”

It felt like the whole world stopped at that moment. I shook my head trying to not allow the words to come to fruition so it couldn’t be real.

I said, “What?” again, but this time it wasn’t that I needed her to repeat it. I needed it to be false.

Then life would never be the same again.

I have lost many people in my life but usually after a lingering illness or into old age, but I never knew someone who had been murdered. I struggled to process how it could have happened. The details came in slowly and they were conflicting. They came from various sources and people who no one knows if they witnessed the shooting.

We poured over news stories trying to get more information. Nothing added up. Nothing gave us peace. What we knew was she was sitting in a car that was shot at and she died from a bullet wound to the chest.

But, she was gone.

It took some time to get back to normal and not feel numb or anxious. For weeks, I monitored my surroundings and felt like the world was a dangerous place. I looked at everyone wondering what they were capable of. Eventually, I settled back into the uneasy comfort of moving through the world with some security that I would be ok.

Then, it happened again.

On October 19, 2019, I was on my way to volunteer at a Film Festival when I learned through a post on Facebook that a friend of mine, Eric Braxton, was gunned down at a campsite after trying to break up a domestic incident.

I felt the same familiar guttural punch and as if the air had been knocked out of my body.

I tried to remember the last thing I had said to him. We had a disagreement and I just didn’t make an effort to contact him because I assumed he would always be around.

But, because someone was angry or didn’t like the way the situation was handled, a man was taken away from his children and his family.

The guilt washed over me and there was nothing I could do or say to change the situation, but to try not to take people for granted anymore.

Philadelphia, where I live, has experienced waves of violence in 2019 and there are daily reports of men, women and children being shot and killed. There has been a 5% increase since 2018 with 329 homicides thus far in 2019.

According to Gun Violence Archive, there have been 36,170 deaths attributed to gun violence in the US in 2019.

Do I think guns are the only problem? No, I do not. But, they are not helping the situation either.

I think people need to be taught skills in de-escalation. I think conflict resolution should be taught in schools. I think people need affordable access to mental health treatments and therapy. I think poverty and food insecurity are issues as well. I think unemployment and low wages are also factors. I think all these things could lead someone with a gun in their hand to point it at another human being and make them numb to taking another person’s life.

I can’t get my friend or family member back and I can only hope they knew I cared before they died. But, now, I have to open my eyes that something has to change when it comes to gun laws and also how we handle our hurt.

And, as the holidays approach, I can only picture those family members experiencing the noticeable absence of their love ones and feeling the ache of their loss.

Facebook18TweetPin1EmailShares19
wpDiscuz
Share this ArticleLike this article? Email it to a friend!
Email sent!