Get Daily Email
Join/Login CLOSE
Home / Featured Content / Have You Caught a Catfish? Online Dating Can be Deceptive 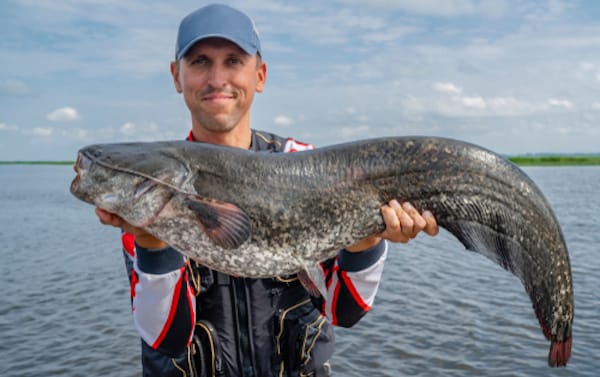 On the internet, you can become anyone you want to – at least for a while. And though deception doesn’t fit well with lasting romance, people lie all the time: Fewer than a third of people in one survey claimed they were always honest in online interactions, and nearly nobody expected others to be truthful. Much of the time, lies are meant to make the person telling them seem better somehow – more attractive, more engaging or otherwise worth getting to know.

“Catfishing” is a more advanced effort of digital deception. Named in a 2010 movie that later expanded into an MTV reality series, a catfish is a person who sets up an intentionally fake profile on one or more social network sites, often with the purpose of defrauding or deceiving other users.

It happens more than people might think – and to more people than might believe it. Many times in my own personal life when I was seeking to meet people online, I found that someone was being deceptive. In one case, I did a Google image search and found a man’s profile picture featured on a site called “Romance Scams.” Apparently, not everyone looking for love and connection online wants to start from a place of truth and honesty. Yet, as the show demonstrates to viewers, online lies can often be easy to detect, by searching for images and phone numbers and exploring social media profiles. Some people lie anyway – and plenty of others take the bait.

When a deep emotional bond grows with someone, even via texts, phone calls and instant messages, it can be devastating to find out that person has been lying about some major aspect of their identity or intentions. My analysis of the first three seasons of the “Catfish” TV show reveals that there are several reasons someone might choose to become a deceitful catfish. On the show, ordinary people who suspect they’re being catfished get help from the hosts to untangle the lies and find the truth.

Sometimes the deception is unintentional. For instance, some people don’t know themselves well, so they tend to see and present themselves more positively than is accurate. In episode 13 from the show’s second season, a woman named Chasity uses someone else’s pictures and claims to be named Kristen. Others may intentionally create a fake profile but then connect with someone unexpectedly deeply and find the situation hard to come clean about.

Other catfish intend to deceive their targets, though not out of malice. For instance, they pretend to be someone else because they have low self-esteem or for some other reason think people won’t like the real person they are. On the show, there are several episodes about people who are struggling with aspects of their gender identity or sexual orientation and don’t know how to behave appropriately about those internal conflicts, or who fear bullying or violence if they openly identify their true selves.

Some catfish, though, set out to hurt people: for instance, to get revenge on a particular person because they are angry, hurt or embarrassed about something that has happened between them. In one episode, for instance, a woman catfishes her best friend to get back at her because they’re both interested in the same real-world man.

The show also highlighted a few catfish who found enjoyment making fake profiles and getting attention from strangers online. Others wanted to see if they could make money. Still others hoped to capitalize on the growing popularity of the show itself, wanting to actually meet someone famous or become famous by being on TV.

Why do people fall for a catfish?

People want to trust those they interact with online and in real life. If a person believes he or she is on a date with someone being deceptive, things tend not to progress to a second date.

In the TV show, victims find out about the lies the catfish have told, exposed by the show’s hosts and co-investigators. Many who learn of being lied to aren’t particularly interested in meeting up with the real person behind the mask they’d been communicating with.

Someone who is enthralled in their connection with another person often fully believes what they’re told – even if it seems too good to be true. This is what scholars call the “halo effect,” which suggests that if a person likes someone initially, they’re more likely to continue to view them as good, even if that person does something bad. Effectively, that positive first impression has created a figurative angelic halo, suggesting the person is less likely to do wrong. In the very first episode of “Catfish: The TV Show,” Sunny believes that her love interest Jamison is a model holding cue cards on a late-night comedy show and studying to become an anesthesiologist. Sunny has a very hard time accepting that none of those claims are true of Chelsea, the real person claiming to be Jamison.

A complementary idea, called “hyperpersonal connection,” suggests that people who develop deep emotional ties to each other very quickly may be more trusting, and may even feel safer sharing things facelessly online than they would in person. So someone who met a new friend online and felt an immediate connection might share deeply personal feelings and experiences – expecting the other person to reciprocate. Sometimes the catfish do, but they’re not always telling the truth.

Another reason people might not look too deeply into whether the person they’re talking to is real is that they don’t want the relationship to change, even if they say they do – or think they might in the future. If it’s meeting their needs to feel accepted, appreciated, connected and less lonely, why rock the boat? That could risk shattering the fantasy of a potential “happily ever after.” Some people also might not really plan ever to meet in real life anyway. So they don’t feel a need to verify the identity behind the online mask, and any lying will never actually matter.

Other people might feel guilty, as if they were snooping on someone they should trust, who might be upset if they found out their claims were being verified – even though the liar is the one who should feel bad, not the fact-checker.

People can still meet and develop real relationships through dating sites, apps and social media. But catfish are still out there, so it pays to be skeptical, especially if the person is never able to talk on the phone or by video chat. Ask questions about their lives and backgrounds; beware if someone gives fishy answers. Do your own background checking, searching images, phone numbers and social networks like they do on the “Catfish” show. Someone who’s sincere will be impressed at your savvy – and that you care enough to ensure you’re both being honest.

We think you’ll like our SOCIAL INTEREST GROUPS—WEEKLY PHONE CALLS to discuss, gain insights, build communities— and help solve some of the most difficult challenges the world has today. Calls are for Members Only (although you can join the first call for free). Not yet a member of The Good Men Project? Join now!