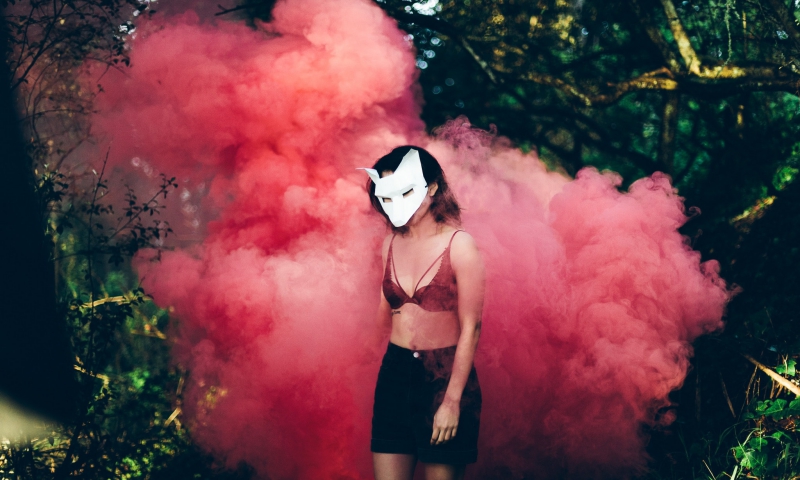 We had just asked the waiter to bring more whiskey to our table. He raised his glass to make a toast, his eyes wickedly fixated on mine. “We’re getting shitfaced today, aren’t we?” I knew that question was intended for me even though there were 7 other people at the table.

“Make it rain,” I said instead. Our glasses kissed gently in the first of many cheers that night. And it all began.

It happened at a wedding.

Exactly five months since I found out he was cheating on me and just about the same time we split up. Five months since that awful January morning when he didn’t come home and I opened his Facebook messages to see him drunk texting her to open her front door.

The bride was a mutual friend and we were still each other’s plus-ones, so we were seated at the cool kids table across from one another. Although we arrived separately and had zero communication up until that point, our friends’ conversations kept us close. He’d steal a glimpse here and there, and so would I.

As the night progressed, toasts got more and more frequent, dancing was intense (as it should for a wedding in our culture), and I tore an ankle ligament (as the doctor told me two months later when I finally had it checked). Any proper human would stop partying at this point, but not me. I was at a wedding and nothing was going to stop me from having all the fun in the world. Partially because I genuinely wanted to have fun, and partially because I wanted him to see I’m enjoying my single life to the fullest.

I mean, if you were at a beautiful cliffside resort overlooking the deep blue of the sea, would you cut your party short for a teeny-tiny accident?

My friends were kind (and smart) enough to get me ice in-between dancing but I just had to sit down and drink my pain at some point. That’s when things got bad. I was getting drunk, we were sharing smoke after smoke with him, and I could feel my sanity drifting in a corner somewhere.

Needless to say, sanity didn’t come back until the following morning.

The afterparty was just me, him, and a friend couple in their hotel room.

The whole thing ended faster than it began. In a bathtub, behind closed doors and surprisingly thin walls. I don’t remember the act but the feeling after — I was so disappointed in me.

Next thing I remember, we’re at the terrace, laying on the fake grass floor as the sun’s just about to begin its ascent. I have a memory of us talking about the stars and what a douche he was for cheating on me the way that he did. I don’t think I was even aware that we had done the same to her just minutes before. I wasn’t aware of anything really, except that I was glad I didn’t get to call him my partner anymore.

It felt like laying next to an old friend who you don’t mind never seeing again.

The worst part isn’t even that I didn’t remember nor enjoy what happened. It’s that it happened again and again in the coming weeks when there was no alcohol to excuse my stupidity. I was intoxicated though, by my sick vision to get even with the other woman, by doing to her what she did to me. I felt victorious that he wanted me more than he wanted her. Little did I realize, it was him who was playing us both.

For context, that’s the same man who trashed the apartment we shared because he had serious anger management issues. It’s also the same man who chased me for a year, posing as a decent guy (who he deep down probably is) just to earn my trust. My point is, the revenge glasses I was wearing, stopped me from seeing the bigger picture, someone who really wasn’t right or good for me. I thought I was the one pulling the strings when really, I was merely a puppet in the show.

The worst part? My broken heart didn’t heal faster and I didn’t feel like I left the situation as a winner. There was a moment when I silently hoped he’d leave her. Not so we can be together, but so I wasn’t the only ‘loser’. Pathetic I know, but I promised myself I’ll be brutally honest with you.

The good part? I felt what it’s like to be part of an affair, and how it’s not something I ever want to be in. I learned who I can be and who I want to be, and how revenge wasn’t part of my nature. But most of all I realized that sharing your pain with your loved ones can prevent you from doing stupid shit like that.

The moral of the story?

Revenge rarely tastes like your favorite piece of cake. It sometimes starts off that way, until it rots in your mouth, and you really don’t want to touch that cake anymore. It’s an important lesson that I never thought I needed to learn, and I suspect many of you need to learn it too.

I bet you have much better things to do than being stuck in the past, playing games that end up hurting you even more. I took the high road to that conclusion but you can shortcut through it.

In all honesty, I was afraid I’d come across as a bad, vengeful person after writing this story because I don’t feel it’s true. Then again, I probably was like that for a while. Either way, I’m glad and relieved I shared it with you. So thank you for letting me get that much-anticipated sigh of relief.

PS: I think I did well not telling the other woman. After all, if he did it for you, he will do it to you. It’s logical. But it’s not my place to tell her that, I think. What do you think?

Thank you for reading!