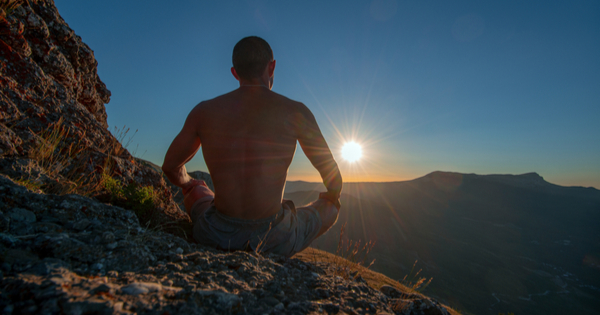 The journey inward holds a distinguishable path to directly experience the unique, specific expression of pure awareness that is available inside every person. By exploring and experiencing the subtle state of awareness through Transcendental Meditation, we unlock access to higher states of consciousness and the associated physiological improvements. This essay will explain growth into higher states of consciousness and define characteristics that mark the fifth state, Cosmic Consciousness.

The practice of Transcendental Meditation is a natural, spontaneous process allowing the practitioner to connect with the always present awareness by accessing thought from the gross level of the mind to the subtle state of thoughts to arrive at the source of all thought. “Transcendental Meditation is practiced for 15 to 20 minutes in the morning and evening while sitting comfortably with the eyes closed. During this technique the individual’s awareness settles down and experiences a unique state of restful alertness; as the body becomes deeply relaxed, the mind transcends all mental activity to experience the simplest form of awareness—Transcendental Consciousness—where consciousness is open to itself.”  (Maharishi, 1993, pp. 280-81) .  According to William Sands (2013), during Transcendental Consciousness the mind transcends all thought and mental activity where “awareness becomes only open to itself – it is pure, infinite, unbounded wakefulness” (p. 82). Transcendental Consciousness is the experience of silence while fully awake where the mind is alone in pure consciousness.

This deeper awareness of pure consciousness starts to be available outside of meditation.  Sands (2012) describes “By regularly alternating Transcendental Consciousness with the three relative states, the nervous system becomes accustomed to maintaining it even while engaged in dynamic activity. This creates a physiological situation in which both Transcendental Consciousness and waking state exist together (p. 8).  When this occurs one begins to experience a steady state of happiness that isn’t affected by the ups and downs of life. As the presence of this unbounded happiness grows it supports the next stage, Cosmic Consciousness.

In Supreme Awakening, Pearson (2016) details markers of Cosmic Consciousness. As Transcendental Consciousness is developed, it remains hidden in the silent field of awareness because the physiological functions are limited. As the physiology becomes more purified, the expansive state of Transcendental Consciousness is felt during activity, bringing rise to Cosmic Consciousness. With this, the rise of inner potential is acknowledged and achieved, because the silent field is no longer hidden (p. 183). Maharishi (1969) explains in the following excerpt:

“This is brought about by the mind gaining alternatively transcendental consciousness and the waking state of consciousness passing from one to the other. This gradual and systematic culture of the physical nervous system creates a physiological situation in which the two states of consciousness exist together simultaneously” (p. 314).

Another indicator of Cosmic Consciousness is a decrease in attachment to objects without feeling detached or uninterested in life.  In his commentary on the Bhagavad Gita, Maharishi (1969) explains, “Cosmic consciousness is inclusive of Transcendental Consciousness as well as the consciousness of the relative order” bringing cosmic status to the relative life ( p. 145). Life becomes naturally full of meaning. Experiencing greater delight and deeper contentment that is pervasive even in the midst of diversity.

By accessing and then cultivating the quiet awareness that is inside all of us, we are tapping into a reservoir of healing. When the mind can be free from the heaviness of everyday life experiences, and the body free from physical residuals of stress manifesting as disease, one can truly begin to live a more integrated life within higher states of consciousness.

Pearson, C. (2016). The supreme awakening: Experiences of enlightenment throughout time–and how you can cultivate them (2nd ed.). Craig Pearson.