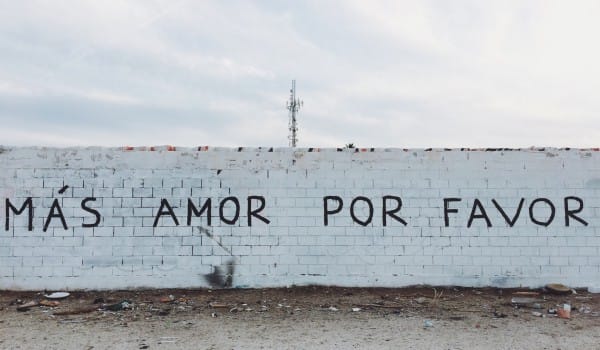 On April 21, 1836, the expansive Mexican Department of Coahuila y Tejas took a substantial haircut on its northern border. How substantial was the subject of continuing dispute.

Neither side came away from the Battle of San Jacinto with much respect for the other. On the rebel side, that would be because about 900 Texas militiaman (“volunteers”) had beaten 1,200 Mexican regulars.

On the Mexican side, they blamed General Antonio López de Santa Anna, who had left 4,000 troops out of the fight and chosen a place for the battle that offered no line of retreat. There was also the folklore that Santa Anna had been dallying with a female slave, “the yellow rose of Texas,” when the battle began, and had been caught trying to escape dressed as a woman. Santa Anna was surrounded by politicians happy to kick him while he was down.

Partially because Mexico thought San Jacinto proved nothing but Santa Anna’s incompetence, it never recognized the Republic of Texas. When the U.S. annexed Texas, it inherited a border dispute. Texas claimed the border with Mexico was the Rio Grande; Mexico claimed it was the Rio Nueces.

When President James K. Polk tried to settle the dispute by purchase, he was soundly rebuffed. The Mexican leadership was under some domestic duress at the time and in need of some decisive action, so the response was not merely negative. Mexico wished to revise its border claim from the Rio Nueces to the Rio Sabine, which would put the eastern border hard against the Louisiana Purchase map and take in the rich farm lands that were at the time the primary attraction of Texas other than for a buffer between Mexico and the young and frisky United States, a buffer that had disappeared at the Battle of San Jacinto.

History will never tell us whether that was a hard position or a negotiating tactic because, upon hearing that Mexico was sending troops into the disputed territory, Polk sent Zachary Taylor to plant the American flag at the Rio Grande.

Taylor was on station April 24, 1846, when he got reports of Mexican troops crossing the river. He dispatched Captain Croghan Ker to investigate downriver and Captain Seth Thornton to investigate upriver. Ker found nothing.

Thornton and his 80 men encountered a Mexican force of 1,600. Thornton lost 11 men killed and six wounded. The surviving Americans were taken prisoner, but the Mexican commander, Anastasio Torrejon, loaded the wounded in a cart and delivered them to Taylor with a message saying he had no way to care for them.

On May 13, Congress declared war on Mexico, the last war that involved engagements with enemy troops on American soil, requiring the participation of “a well-regulated militia.” Before the Mexican War was over, Congress had authorized 50,000 volunteers to back up the regular army. Zachary Taylor had opened Camp Belknap near Port Isabel as a venue for the volunteers. Belknap processed between seven and eight thousand volunteers from eight states before it became apparent the rest of the war would be on Mexican soil.

The United States has a memory hole down which it stuffs inconvenient facts, and somewhere in that hole resides the fact that the outcome of the Mexican War was not a forgone conclusion and Congress was not engaged in national paranoia when it authorized 50,000 militia to defend home territory. A major argument against the Texas annexation had been that it would mean war with Mexico, and Mexico had more men under arms than the United States.

The Texas annexation debate marked the first introduction of the phrase “manifest destiny” into American political discourse, and it was the romance of that vision of a republic from sea to shining sea that brushed aside armed conflict with Mexico as improbable. Should it happen, the same God that supported two wars with Great Britain would take the stars and stripes to the Pacific.

Within a month of Congress declaring war on Mexico, a small band of rebels declared the República de California based on the grandiose claim that they were prepared to defend the entire Mexican Department of Alta California against Mexican regular troops.

Less than a month after that declaration, the bear flag of the California rebels came down and the stars and stripes went up when U.S. Navy Lt. Joseph Revere arrived from the U.S.S. Portsmouth, berthed at Sausalito. The Navy was already in charge of most California ports and Revere brought supplies for the rebels and authorization of the California Battalion of the regular U.S. Army under the command of Brevet Captain John C. Frémont — who, by remarkable coincidence, was said to have instigated the Bear Revolt.

As the war unfolded, the United States was outnumbered but Mexico was out-generaled. When the Treaty of Guadalupe-Hidalgo ended the Mexican War on February 2, 1848, Mexico had ceded the disputed real estate in Texas — but, in addition, Alta California and the lands in between. Between California and Texas were the Sonoran Desert and part of the Chihuahuan Desert, dotted with settlements along the scarce rivers, the most important of which were the pueblos along the Rio Grande up through what is now New Mexico. The new map was the embodiment of Manifest Destiny.

The Mexican War ended military hostilities on the U.S. border, but for an ill-advised raid by Pancho Villa on March 9, 1916 to seize supplies by sacking Columbus, New Mexico. A number of other minor skirmishes over military supplies took place the same year in Texas, but none were tied to Villa.

Gen. John J. Pershing crossed the Mexican border for the purpose of capturing or killing Villa. Pershing had no success chasing Villa’s guerrillas for nine months, after which he was recalled to command forces entering World War I.

These military clashes leave facts on the ground that apparently escape Donald John Trump, the 45th president of the United States.

The Treaty of Guadalupe-Hidalgo substantially shifted the border between the U.S. and Mexico, making great numbers of Mexican citizens into U.S. citizens overnight. The negotiators of Guadalupe-Hidalgo agreed that land titles would be undisturbed, which meant they would continue to be based on grants from the Spanish crown.

Public business would continue to be conducted as it always had been, in two languages. The only change was the official version of government pronouncements would be the English version when it had been the Spanish version. The continued use of Spanish was a matter of practical necessity and it remains so to this day if the government wishes to communicate with all citizens.

The new border divided a new set of families even as it resolved the family divisions around the old border. This was not inconvenient until President Richard Nixon declared a “war” on drugs that, on the ground, increased border formalities up to and including body cavity searches.

Still, the residents of the borderlands on both sides did their business without undue complications because here everybody knows everybody else. Everyone had accepted a bit more uptightness on the American side as the new normal, when the awful events of September 11, 2001, had the effect of extending the passport requirement to the Canadian and Mexican borders.

That was not workable as intended because most routine crossers are not of that class of people who have passports or the ability to acquire them. “Border cards” came into being, and on the American side those of us who have passports were able to get cards good for crossing borders of Canada, Mexico, and the Caribbean.

I personally take my regular passport when I’m not sure. I went to dive a reef off Roatán, an island under the sovereignty of Honduras. Was I going to the Caribbean or was I going to Honduras? Beats me. What if I were diving the Palancar Reef off Cozumel, which I think is considered a Caribbean port, and I wanted to hop on the ferry to Playa del Carmen and make the short drive to visit the magical clear waters of Xel-Há, where a mere snorkel is a passport to another world?

If I sound resentful, that would be because I am resentful of bureaucracy disrupting life as I’ve known it when there have been no instances of catching terrorists on the Mexican border. There was a major lie from the White House that claimed 4,000 terrorists were prevented from entering the U.S. from the south. That lie fails the laugh test.

Just before the 2018 elections, President Trump warned that “caravans” of Central American reinforcements were coming to back up the Mexican hordes pouring across our southern border. He dispatched troops to repel the invasion.

The troops twiddled thumbs, strung barb wire, and drank Tecate until election day, after which the threat suddenly disappeared.

President Trump’s reelection campaign has got more money than God, so it can afford to go up early with warnings that the wily Mexican invaders have once more chosen an election year to surprise us. The New York Times reported that the Trump campaign has run over 2,000 ads using the word “invasion.”

How are we to know we are being invaded unless we are told? The call to arms apparently reached a patriot named Patrick Crusius, who packed up his assault rifle and drove ten hours to El Paso, where he sought to repel the Mexican invasion by opening fire on Mexican troops cleverly disguised as back-to-school shoppers taking advantage of the sales tax holiday at Wal-Mart. Twenty-two of the enemy were killed and dozens transported to hospitals.

The Commander-in-Chief of U.S. forces flew to El Paso to console innocent civilians caught in the crossfire of the war. Reporters were not allowed in the hospital, but a bootleg video circulated showing Mr. Trump telling hospital staff a lie about the size of his rally in El Paso and another lie about the size of Beto O’Rourke’s competing rally.

The latest Mexican invasion is scheduled to continue until November 3, 2020. Be careful out there.