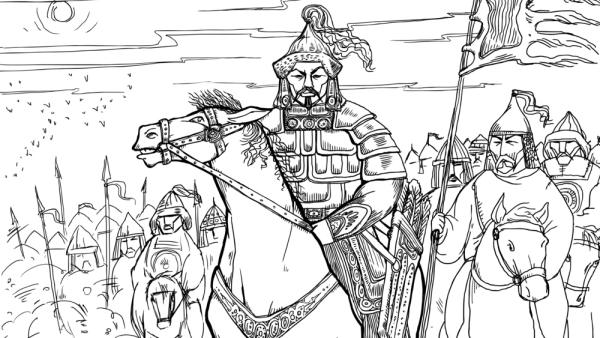 Eight months ago I had my yearly appointment with my doctor.  He is a very nice man, normally, and he takes pretty good care of my whole family.  But, he was a little upset about elevated cholesterol, and a few extra pounds.  After hearing my admission that taking my medicine was not high on my list of priorities, he was was stern.

Telling me about the risks associated with the things he felt I was ignoring, he went on, at length.  I sat, on that examination table, looking at my feet, being scolded, criticized, and feeling ashamed.  One by one he detailed my risks, as I looked around the small room, thinking of escape, there were posters, and signs about insurance, and co-pays, and the need to use the proper code for a visit.  Apparently, this doctors office would not call a procedure an emergency, to save a patient from having to meet a deductible, or call a cold a chronic illness.  There was nothing about humiliation anywhere, I hoped our insurance covered disgrace.

I was soft, and he was right, I had no discipline, too lazy even to get up and take my medicine, it was embarrassing, and I vowed to do something about it.  Oatmeal for breakfast, medicine every night, fruit and vegetables constantly.  It was a start.

Then, my wife told me they had opened the gym at the school where she works to spouses.  It was a ticket to redemption.  Going three times a week, and feeling good about myself.  My body is shaping up, and thanks to the miracle of podcasts, so was my mind.  I have been diving into history podcasts with the enthusiasm of an evangelist called to witness, and each episode makes me hungry for more, and each workout makes me want to push myself a little harder next time.  In four months I will march into the doctors office a changed man.

So, here is the first installment of History at the Gym.

“After us the people of our race will wear garments of gold.  They will eat sweet, greasy food, ride splendid corsairs, hold in their arms the loveliest of women.  And they will forget they owe these things to us.”  Genghis Khan.

Genghis Khan was born into war, at least into a endless battle to stay alive.  He lived his life in a constant state of arms, and conquest.  And, though, the Mongols had no written history at the time there was certainly stories told about ancestors who had unified the nomadic tribes, and swept down with a vengeance on the sedentary people, smashing, destroying, a force of unbelievable ferocity, only to be seduced by the eases and comfort of genteel society.   Genghis Khan probably understood the peril that faced his descendants was more insidious than destructive.  A gradual softening, a process of assimilation, and he probably understand how powerless he was against this irresistible force.

But, that was not a problem when he invaded The Western Xia Dynasty.  Leading his forces through a complete destruction of the Northern Portion of the Xi Xia.  Mongol intelligence gathering was phenomenal, and Genghis Khan was an expert at using the internal strife of his enemies to drive them apart.  This may have been a common tactic among Steppe nomads, but it was certainly a strength of Genghis Khan.

Knowing well that the Tanguts, and Jurchen tribes would not support each other, and that the ethnic Chinese did not care for either tribe, Khan drove through the Tanguts, leaving cities destroyed, and the landscape riddled with destruction.  It was a complete rout, and the Tanguts were powerless against the highly mobile, disciplined Mongol army. 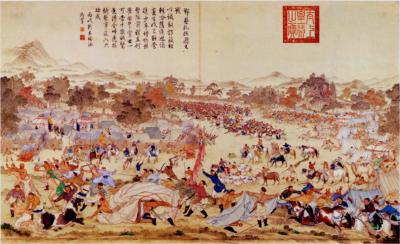 After sieging the fortress at Kiemen, (a heavily fortified, well provisioned garrison guarding the only pass through the Helan mountains) the Mongols were unable to breach the defenses.  One of the most widely used tactics of the Mongol army was the feigned retreat.  It seemed to work almost every time, even when it was known in advance.  Perhaps there is a mentality in a fighting unit that forces them to pursue a retreating foe, an uncontrollable instinct to destroy, that will not allow any discretionary behavior.  And, it worked superbly.  The army of approximately 120,000 men flowed from the fortress, and were slaughtered (a fairly common result).

Finally, slowed by the walled capitol city, Ke-wo-luo-hai, the Khan’s army began a siege.  Steppe nomads historically had trouble with walled, fortified cities, and Khan’s army was no different, at this early point.  Using the slaves captured in the campaign they began to dam the Yellow river.  Damming a river is dangerous and difficult, and it did not work as planned.  The water flooded the Mongol camp, and they were forced to move to higher ground.  But, the Tanguts, knowing that the enemy facing them was not simply raiding, and was an threat to their very existence, most of their empire had been destroyed, and the Jurchen were not coming to help so they felt it prudent to negotiate.

They gave gold, silver, silk, and all sorts of good stuff to the Mongols, and promised to be at their beck and call.  A promise they later reneged on, which turned out to be a hideous mistake.

So, the Mongols have installed a buffer between themselves and the Jin Dynasty, received a lot of good stuff,  And created a lot of problems, killed a lot of people and went back to plan, and learn.  That is what they did.  Genghis Khan probably never learned to read, but he knew how to learn, and he could lead.  And he was just getting started.

Tonight, we have the treadmill, an added 15 pounds to each of the resistance machines and the campaign against the Jin Dynasty.

Just a guy trying to get by.

This post was previously published on Life Explained and is republished here with permission from the author.
—