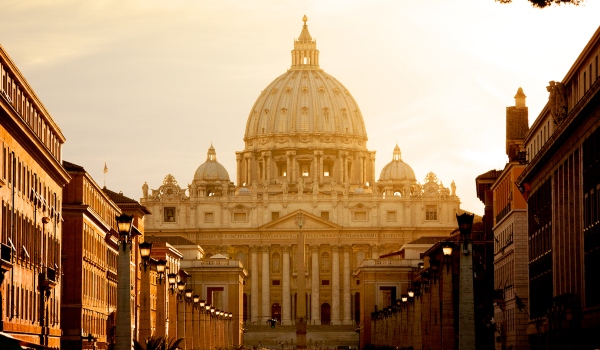 At 8:30 am on a fresh fall morning in 2014, I was sitting at the front of a comfortable tour bus as it was pulling out of Amboise, a beautiful town in France’s Loire Valley. It was my first 11-day tour with a new travel company. Having already greeted my tour members over breakfast, I launched immediately into a brief talk on the Reformation and the Wars of Religion in France. Barely five minutes into this thrilling subject, as I was gravely explaining the implications of Luther’s 95 theses, I realized that I had lost everybody save one indomitable tour member who was eagerly taking notes. Otherwise, they were sound asleep. Stunned, I reluctantly admitted defeat, and let them sleep. In the ensuing chasm of self-critical silence, I realized that I had, in fact, been boring.

Despite my love for history, and my own work as a tour guide, I too often dread guided tours of historical sites. I will be the first to admit that this is partially due to snobbery; I have no patience for tourist entertainment that masquerades as history. Although there are many exceptions, I find all too many guided tours either boring, or vaguely offensive in their uncritical retelling of nationalistic historical narratives. Since tourism is a venue for public history, this unfortunate trend plays into the established stereotype in which public history is understood as an inferior off-shoot of formal academic studies.[1]

I do not say this to expressly criticize guides, because the problems inherent in tourism are systematic. It includes the overwhelming influence of chronically ahistorical media, like movies, TV, and video games, that direct so much of the public’s interest in history. This is compounded by the relative neglect of historical studies in school curricula.[2] Because their need for gainful employment ties them inextricably to the expectations of their customers, guides too are pulled into the problematic confluence. This is especially true in our age of review-based consumerism. Because guides are incentivized to pander to their audience’s assumptions, dated historical tropes remain important fixtures of the tourist experience; that the medieval world was violent and crude, that Renaissance art is a symbol of our civilization, that the court of Louis XIV was glorious and all-powerful, or that the Colosseum is a symbol of religious persecution. History that is oversimplified or retold in order to satisfy conventional assumptions is not only inaccurate but, more immediately, boring.

Ever since that fateful first attempt to explain the Reformation, I have become preoccupied with not being boring. My ongoing attempts to make history interesting for my groups has been fuelled by the conviction that history is fascinating, and that tourism is an invaluable forum where it can be effectively shared with the public.

These convictions demand an obvious question: How can tourism professionals offer responsible historical instruction that is also engaging? I can practically hear the collective groans of innumerable tired travelers at the prospect of dry historical lectures. But boring history is not responsible history in the public realm. Unlike students, tourists have no vested interest in learning anything beyond the location of their hotel and the nearest restaurant. Responsible history in this scenario is provocative and compelling. It should trigger difficult questions and disrupt assumptions. It should, sometimes, bother people so they can’t help but listen.

Understandably, guides are discouraged from provoking their tour members. But this caution often dampens the overall experience. I believe Wilton Corkern’s observations of the sorry state of American Heritage tourism can also be applied to Europe, where both tourist sites and the professionals that staff them are often designed and trained to provide a version of history that is comfortable rather than dynamic.[3] In Europe, I am faced with almost universal shock from fellow guides when I tell them that my employer encourages me to discuss religion and politics on tour. For obvious reasons, these are normally taboo subjects, but my employer rightfully sees them as an opportunity. The consequent space given to me and my immediate colleagues is a valuable invitation to rock the proverbial boat, just enough so that our tour members can’t help but realize how important that boat really is.

Let’s return to the example of the Reformation. After some reflection, I decided that it was a particularly dull subject because we all know how it ends. Today, Protestantism is ubiquitous in North America and Northern Europe. The co-existence of different Christian sects is a comfortable reality. The fact that Christians once killed, tortured and executed each other in God’s name seems only vaguely understood and too distant to really matter. So, with some advice from colleagues and the support of my company, I attempted a new approach to the subject and gleefully lurched my group towards the water line.

I start with some perspective. If you include both soldiers and civilians, we know that France lost just under 20% of its population from 1562-1581, a time frame that captures only a part of the Religious Wars which would continue intermittently to 1598.[4] This nauseating statistic exposes the visceral bloodiness of the Reformation in France. But why was it so violent? For most of us, the idea of killing a neighbour in the name of God is absurd and usually relegated to a separate earlier age when faith was more immediate, and life was worth less. Tour members understandably shake their heads at the barbarity of it all, and the gulf seems to widen between us and our early modern cousins. But, I ask, is it really so incomprehensible? Eyebrows descend in my direction.

Although the true answers are too complex to grasp in a single talk, dwelling on this question bears some interesting fruit. Consider the fundamental shock caused by the surge of vernacular bibles, pumped out in unprecedented quantities by the relatively new printing presses of the sixteenth century. The Church’s subsequent loss of its monopoly over the Word undermined the foundations of its moral authority that had built up over a millennium. In France, the supremacy of the King and the stability of his realm was tied directly to the Catholic faith. It was therefore more than the Church’s privileged place in Christian society that was under fire, but the very stability of society itself. Without the Church, French society could nosedive into total anarchy, and the French monarchy made no qualms about it. Reformers were terrorists who wanted to destroy society. They were executed publicly as traitors.[5]

Is this not how we view the terrorists of our own age? As enemies of society, bent on its destruction? Is there not a direct parallel between the alarming acceleration of subversive ideas fuelled by the printing press and the sudden impact of the internet? Are we not deeply anxious about the future? How would we cope if our own social tensions were accompanied by a 20% death rate?

The unsettling parallels that can emerge between the distant past and our own times make history not only compelling but desperately important. How did French society emerge from these wars? How did it heal itself? Did it avoid further conflicts? Even though the answers are usually grim, they at least provide examples for us to consider and discuss as we forge ahead into our own unknown future.

This is just one limited example, but from it I hope it is clear that responsible and engaging history can be delivered in a tourist setting. But for tourism to be an effective forum for public history, space needs to be made for challenging questions that provoke critical thought. This is no easy task in the current economic climate, but it is being done. Several companies and numerous individual professionals cater to this type of tourism, though it remains a niche service. If enough people seek it out, sensitive historical tourism could become an important tool that stimulates thoughtful debate and real dialogue in our society.

Graeme Sutherland is a PhD Student at the University of Toronto studying Early Modern Europe, and a tour guide with Rick Steve Europe.