Get Daily Email
Join/Login CLOSE
Home / Advice & Confessions / Is He Really ‘Just Busy’ or Not That Into Me? 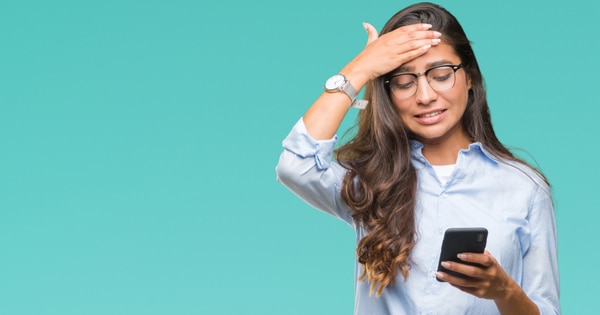 Question/Advice? If a guy is interested in you, he’s calling you or messaging you right? or am I wrong? If a guy says it’s been a busy hectic day and isn’t messaging you, then he’s not interested?

Thank you for writing in with this question that I know oh so many of us have agonized over!

Of course, the true answer is always the same: that it depends on you and your specific situation.

There are times when we’ve all just had a hectic day and the last thing we feel like doing is reaching out to others. If this is the case and it’s not a regular thing, then I wouldn’t assume that he’s not interested. We’ll give this guy the benefit of the doubt!

That being said, if you find that he’s consistently making excuses, or not getting back to you, then there’s a good chance he’s not interested. From my experience, if a guy is interested when we’re first dating he will message or call. It may not be every day, but I know I can count on him to follow up. Because we’re never “too busy” for someone we’re head over heels for, right?

If you’ve been messaging or calling him with little response, then the best thing to do is to give it space. In the beginning of a new relationship I think it’s important to keep a little mystery involved by not going overboard with messaging. But don’t confuse this with playing games.

If he still isn’t getting back to you or taking the initiative, than I’d say move on! It’s not the end of the world if he’s “just not that into you” as the famous book says…it just isn’t a fit until it is.

A GMP reader sent us this question in via our Love and Sex Relationships Page. Check us out and let us know what’s on your mind.

Alexis Meads is a Professional Dating and Self Love Coach who founded AlexisMeads.com and the Crazy Wild Love Academy. She has devoted her life to helping women all over the world love themselves and create extraordinary relationships. Alexis Meads is a regular contributor to The Huffington Post, Maria Shriver, Thought Catalog, and featured on many others. Before she became a Dating Coach, she received her Master’s Degree at Harvard University. To download her FREE course click HERE.

Actually, they may just be too busy, going through something or a number of other things that have absolutely nothing to do with you. In-fact, the other person’s ability to communicate when they are too busy rather than forcing time with you when they dont have time is a good sign. It means they have healthy boundaries. Of course sometimes being too busy can mean that the other person isnt ready for the kind of relationship they perceive is developing. That is not a rejection, it just means not now. It certainly does not mean that they think there is… Read more »

Search for corey wayne on youtube,did he courted you before?did he make a date once a week?if no then he is not interested,if he give you definite date not a maybe date then he’s interested in you

You either already know the answer or you’re not yet ready for an adult relationship.

” Because we’re never “too busy” for someone we’re head over heels for, right?” I disagree. Both men and women can have passions and obligations that dominate their normal “work day”. They just aren’t available to ping each other until the day is done. This doesn’t mean they aren’t interested – it means they have other interests outside their romantic relationships. Yea! Now…if he/she has a pattern of acting distant or disinterested and takes no responsibility for initiating contact, set them free. An interested person finds a way to show interest – even if it’s not incessant, teenage messaging. My… Read more »

And if the boot is on the other foot? I tried to make contact and keep in touch with one particular lady and ended up being accused of being a text-bombing stalker.

Then, contact me 🙂 ha! It has happened to me too..difficult to understand the human mind.

Sorry but its probably because you are. Send a text. wait two days for response. If you do not get one send another. Do not text, call , Facebook or anything until you get a response. If its been a week or two and still no response maybe a text or Facebook message saying catching them up on somthing relevant or saying nice to meet you , you seem busy, let me know if you would like to meet again. Then definitively do not contact them again unless they contact you. Do not at any point send a pissy message… Read more »

Facebook3.8kTweetPin2EmailShares3.8k
wpDiscuz
7
0
Would love your thoughts, please comment.x
()
x
| Reply
Share this ArticleLike this article? Email it to a friend!
Email sent!