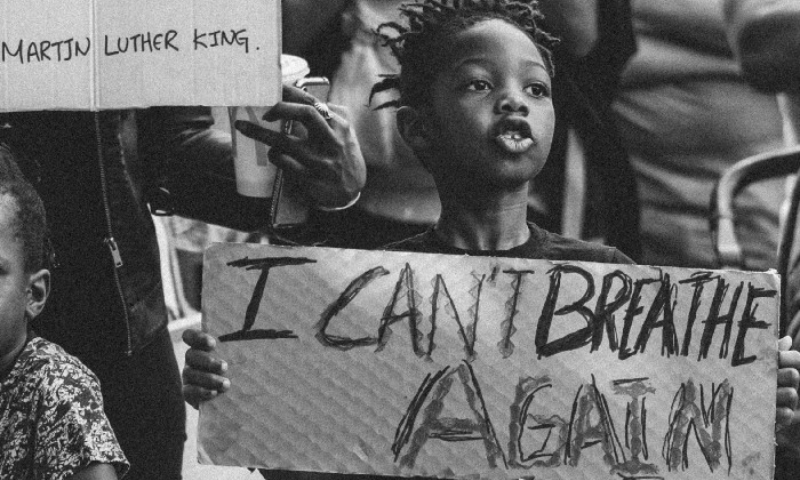 The death of George Floyd was a huge wake up call for non-black folks to the very real and longstanding injustices black people have faced and are facing. It’s somewhat infuriating it took another video of a black man being murdered by police to ignite public outrage, this wasn’t new for us. For the black community it was another reminder that we are not welcome; you may dance to our music, wear our hairstyles and eat our food but we see — in HD, picture perfect, iPhone quality — the clearly drawn line at treating us with basic human rights.

After the marches, the petitions and the Instagram posts many people had to do some deep soul searching about their treatment of black people, consciously or otherwise. As well as celebrities being called out for not speaking out enough or at all, so were corporations. Those that lagged behind in submitting a statement standing with the BLM movement risked a boycott; people were waking up to organisations with anti-black practices and policies and withdrawing their support.

This all trickled down to the entertainment industry and through true allyship (or maybe a nice mixture of fear and guilt) numerous offensive episodes of TV were removed as well as non-Black people voicing black animated characters stepping down from their roles. Although this is beneficial in re-educating people about what is unacceptable it does very little in improving the black voice in the entertainment industry.

I always feel an uncomfortable pang in my chest when lists of top directors or filmmakers are published and staring back at me are different versions of the. Same. White. Person. The same goes for lists of the highest paid actors and actresses. If we have supposedly made ‘so much progress’ why aren’t we on those lists?

People fear what they don’t know, if all you’ve heard are the angry, unintelligent, lazy negative stereotypes of black people, seeing real, complex, different black characters on screen can reverse these biases.

The narrative that all black people can play are drug dealers, thugs or addicts from broken homes is false. We can be leading men and women, we can be love interests, we can be superheroes and we can be comedians. Viola Davis said it best “I want to build the most complicated human being”. For the black actors and actresses that are hungry to play three dimensional characters it’s slim pickings.

Black Panther, Hidden Figures, Luke Cage, Scandal, How to Get Away with Murder, Insecure are all examples of wonderful pieces of art with complex and real black characters but they are in the minority. If a TV show or movie wants to immerse you in this new world to care about the characters and want to continue watching, the world on screen has to look like the world I see every day. A pet peeve of mine is watching a film which is set in a school, in the middle of a city and there is one black character, maybe two if you’re lucky (looking at you Riverdale) and then brag about a ‘diverse’ cast.

I can already foresee the black creators that will be pushed to the forefront of the entertainment industry this year, in an effort to show how they have changed. Wow! The problem’s fixed right? Wrong. If they really want to fix the problem they will uplift black creators even after it’s not ‘trendy’ anymore.

It may seem this is a trivial issue in the wake of the horrific things black people have endured but the power of representation in film and TV can be underestimated. Storytelling has been used for generations to convey parts of history, better understand the world and to see commonality between us. Hopefully future generations will look back and furrow their brow in confusion as to why people were debating if Black Lives Matter because they will know, they always did.