—
Of all the obnoxious, politically incorrect things a man can say, one of them appears in my new novel PLASTIC: “Most women don’t get a second chance.” Johnny Tout, a talent manager, is referring to the idea that the violently disfigured pop star Fay Wray at the heart of my novel should die, then at least she’d live on in her fan’s minds as the beautiful icon she was.

Such is the Capital of Good Looks, Hollywood, the setting for PLASTIC. Here if a woman isn’t beautiful, she’s dead. I was not writing a dystopian novel, but simply a story about our times. 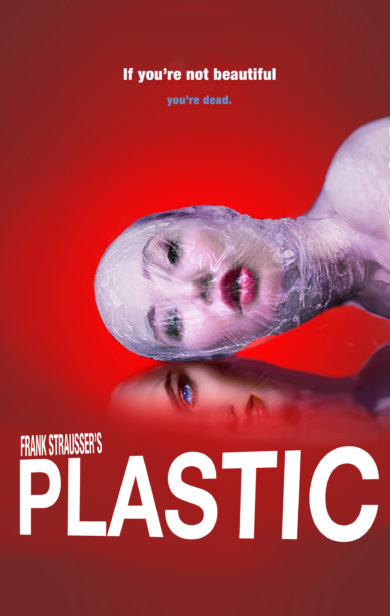 What informed my cynicism was sitting in one too many casting sessions for the plays I’ve written. While it’s true you always want to cast the most talented actor whether they look the part or not, the process gets taken over by judgement and bias. Many of my plays had romantic situations, so the question inevitably came up, is he or she “fuckable”? The question was not always verbalized by men, but by female directors and actresses. In fact, I often found that women could be some of the harshest and cruelest judges. There were times when I felt we might as well hold up numbers like as if we were in a frat house ranking the actors for their looks. The honest to God truth: whatever actors fear is being said about them after they finish an audition pales beside what’s really said.

Looks and sex appeal are real commodities in Hollywood. You either have it or you don’t and if you don’t, you’re dead. This means that the phone stops ringing. Your agent drops you. So does your manager. But it also means that you become invisible and for many men and women, whether they’re in Hollywood or not, that’s a kind of death.

I studied writing at the Beverly Hills Playhouse with the late Milton Katselas, a legendary theatre director and one of the foremost acting coaches in America. For two and a half years I attended his Saturday scene study class with a hundred working actors that included the likes of the late Doris Roberts, Anne Archer, Giovanni Ribisi, and even accused murderer Robert Blake. I got a pretty strong immersion in Hollywood mores. I found that the actors I got to know were living relatively glamorous lives. They were among the so-called beautiful people. They were also deeply insecure and vulnerable. The process of always being judged preyed on them and made them emotionally scarred. In spite of whatever brave face they wore, they were forever afraid that they may never work again.

In the Capital of Good Looks women are a brand. They are disposable. They have 15 minutes, if that. They’re all aware that the clock is ticking not just on their careers, but their looks, their fertility cycle, and their marriages.< Is it any wonder that the Americans spent more than 13.5 billion dollars on aesthetic procedures in a single calendar year, according to the American Society for Aesthetic Plastic Surgery (ASAPS). Though Beverly Hills is often counted as part of Los Angeles, it has at least 72 plastic surgeons. Extrapolating, if the city were bigger it would probably have over 200 plastic surgeons per 100,000 people.

Frank Strausser came of age as a producer, playwright, and novelist while living in Los Angeles, The Capital of Good Looks. His plays have been produced in LA, London's West End, and Off Broadway. Plastic is his first novel.

Frank studied story and character development with Robert McKee and with the late Milton Katselias, at the Beverly Hills Playhouse. He is currently working on his second novel, Here Comes The Son. He completed the Radcliffe Publishing Procedures Program at Harvard University and majored in English Literature at the University of California, Santa Barbara. He divides his time between Los Angeles and Palm Beach with his wife and son.

Watch a video intro of his book on YouTube.