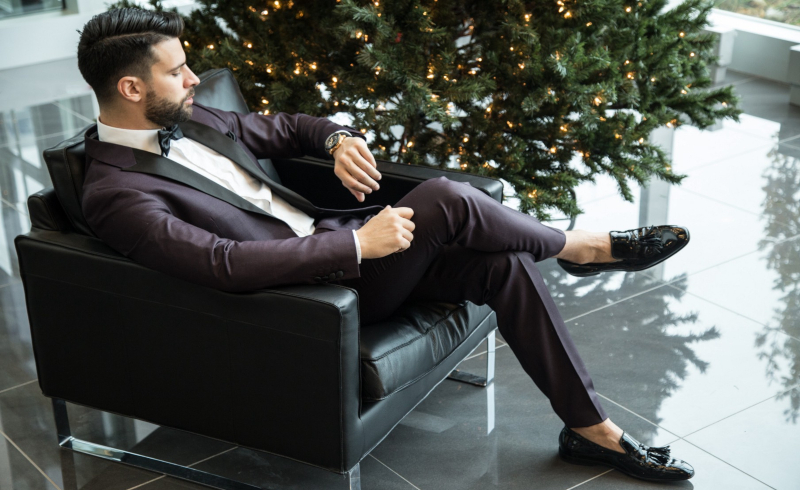 What’s the difference between a man and a gentleman?

The word has evolved since its beginnings in the middle ages. For several centuries, a man could not call himself a gentleman if he made his income through manual labor.

But social pressures began to loosen in the 18th century, as found in this quote by writer and politician, Richard Steele: “The appellation of Gentleman is never to be affixed to a man’s circumstances, but to his behavior in them.”

Today, neither your family name nor the means with which you derive your income affect your ability to claim the title, but the bar for gentleman-like behavior keeps rising.

A decent person must treat people with respect, display politeness, seek consent before contact, and eschew violence in favor of a peaceful resolution. Think of those behaviors as the pre-requisites. To become a gentleman, you must exceed the minimum standard.

You’ll never escape gossip; it’s rooted in our evolution. But the gentleman distinguishes between rumor and fact. He never speaks ill of someone behind their back. A decent person refuses to take part in disparaging gossip, but the gentleman objects to it. As stated by J.R. Vernon in 1869, “The gentleman… will not pass over that of which he disapproves.” He speaks up.

He never spreads gossip to advance his social status, only to warn people of potential dangers.

One of the nicest compliments I’ve ever received from a woman happened on a trip back from a half-marathon. A group of us were getting on a train, and she asked to sit with me. I said yes, but I must have sounded doubtful. She then added, “I feel comfortable around you.”

To any of you aspiring gentleman about to scream, she’s friend-zoning you, let me put your fears to rest. I was already married. And even if I wasn’t, what women would want to date a man she didn’t feel comfortable with?

It’s not just touchy-feely or inappropriate comments that make others feel uncomfortable. Over-sensitivity, high-strung behavior, and holding others to impossible standards produce the same effect. Follow these guidelines to make others feel comfortable in your presence:

Years back, I went on a ski trip with a bunch of friends. One of my female friends met a guy on the slopes. They hit it off, and he agreed to meet up with us in the lodge later that evening.

The guy came downstairs wearing a ripped t-shirt and baggy shorts (without underwear). Maybe he thought it looked cool, but to the rest of us, it looked like he didn’t give a shit.

When he sat, from a certain angle, you could see his equipment. And I’m not referring to his ski equipment. He blew his chance.

Don’t spend ridiculous sums of money or dress-up for every occasion. But dress like you care enough to make a good impression.

As I stepped into a coffee shop this morning, the person trailing me seemed far enough away that I could allow the door to close without feeling like I committed a social faux pas.

These uncertainties stress me out, so I waited an extra three seconds and held the door for the guy. He said thank you and insisted I get in line ahead of him.

Think of holding the door in both a literal and metaphorical sense. Get in the habit of letting cars merge in front of you. Allow someone to go first if they appear rushed.

5. Do more than what’s expected of you

When I got my first job, my manager told me, “Always do more than what someone expects of you.” At work, it’s essential because your superiors always expect more. In life, it shows class because most people try to get away with doing the bare minimum.

Get in the habit of thinking this way, and you’ll find opportunities to exceed expectations every day.

6. Treat those with less power as equals

It’s the classiest thing a gentleman does, and so few do it. I learned this on a job interview at a famous hotel decades ago.

The GM had a policy of interviewing every non-union job applicant before approving a new hire. He ran a 2,000 room hotel. Me? I was 24 years old — teeth chattering and hands trembling as I waited for him.

To my surprise, he emerged from his office. “Let’s get a coffee, Barry.” We went to the cafeteria and chatted for about twenty minutes. We were just two guys talking about whatever. He had treated me like an equal, and I developed a deep respect for him.

No matter how high up the ladder you climb or how much money you bank, treating others as equals will win you respect and likability.

Take extra care in treating your servers well, and everyone else in the service industry. Someone who’s paid to wait on you is your equal. Don’t equate their professional role with their value as a person.

A gentleman doesn’t flaunt his status or assert his advantage to command respect; he earns it by the way he treats others.

7. Take and give rejection with grace

In college, I dated a woman, and for the final two weeks of our relationship, she said about six words to me. She wanted out but lacked the guts to tell me. She strung me along until the semester ended, and then blurted a quick goodbye without giving me her home phone number (pre-cellphone era).

If you must reject someone, do so with as little delay as possible. You’re not doing the other person a favor by sparing their feelings; you’re wasting their time.

Deliver your news with as much dignity as the situation allows. Do it in private. Be clear and definite — no false hope.

It’s weird. In some ways, being on the receiving end hurts less. We get to play the role of the victim and claim moral superiority. A gentleman avoids that urge and shows grace when facing rejection.

Offer a smile or at least a nod in matters of love. A “thank you for your consideration” in matters of business. And sometimes, in life and love, a nudge shows class. “Hey, it’s okay to say no if you’re not interested.”

Being a quiet introvert, I never involved myself in petty differences or arguments. I preferred to watch from afar, sometimes laughing inside at the absurd lengths people go through over the most insignificant differences of opinion.

A gentleman avoids petty squabbles. He involves himself in tension-filled situations when it’s unavoidable and warranted. But he handles himself with class.

The decent man avoids toxic displays of emotion, but the gentleman goes further. “He controls his emotions even under times of tension. Calmness in conflict is classy,” says Kelly Eden. The gentleman maintains self-control at all times.

9. Don’t show off and don’t show anyone up

Eight of us were out for dinner. We had decided to order a few bottles of wine for the table. Our party included one rich finance guy who liked to flaunt his wealth. He took it upon himself to choose from the wine list, selecting options well into the triple digits.

A friend at the table mentioned the price exceeded her comfort level. The rest of us echoed that sentiment. The rich guy responded, “Relax everyone. The wine is on me tonight.” Everyone at the table felt a little bit uncomfortable after that display.

The gentleman never shows off and never contrasts his superior resources to someone else’s s relative scarcity.

Don’t you love the emotional satisfaction of delivering sarcastic wit? Sure, it’s like a syringe full of pleasure injected into your veins. But being on the receiving end of it feels shitty. The same goes for condescending and smug comments.

The use of sarcasm, condescension, and smugness to demean, insult, or attack shows a lack of class. And without class, you can’t claim the title of gentleman. When you feel the urge to deliver one of these backdoor insults, take a deep breath, and think of a better way to make your point, one that’s thoughtful and respectful.

None of us can claim a perfect record on all ten of these qualities, myself included. In that way, we’re always on the destination and never at the finish line. And that’s the most important rule of all. Always try and do better. That’s the true mark of a gentleman.