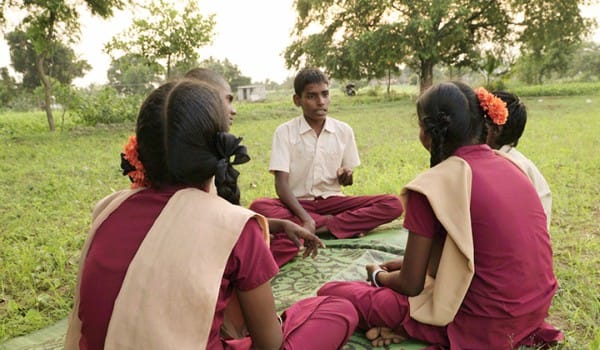 —
An initiative that emerged from some of the most underserved areas of rural India has become a worldwide movement of children leading change in their communities. The new documentary film Power to the Children depicts the story of the Children’s Parliaments, which are mock governing bodies made up of children who are invested in making their communities cleaner, safer, and more sustainable.

Writer Mirella Ferraz spoke with director Anna Kersting after the film was shown at the United Nations’ Global Festival of Action in Bonn, Germany this May. Watch the film trailer here.

Mirella Ferraz: Tell me about the documentary and the children who are its focus.

Anna Kersting: Power to the Children is about children fighting for their rights. With the help of non-governmental organizations [NGOs], they’ve set up many Children’s Parliaments in India. Small human rights organisations initiated this by going to the villages and telling children about their rights, especially their right to education, and about democracy, which unfortunately children were unaware of.

Once children understand these concepts, [the NGOs] help them to set up a parliament in which they elect their own ministers. They hold weekly meetings in the villages to discuss their problems and how to solve them. In many villages, they’ve already solved water and electrical supply problems, environmental issues, stopped child marriage, and made sure all the children go to school.

How did you learn about the Children’s Parliaments, and what made you want to share this story?

I was about to do a documentary about child labor in the cotton fields in India when I first heard about the Children’s Parliaments. I attended the first Congress in Chennai back in 2011, where they were about 250 children gathered in a school campus, discussing their problems and making action plans. From early morning to late in the evening, those children were engaged in many discussions about the issues that were relevant to them and they planned campaigns.

Afterwards I went to visit some villages and saw they weren’t only talking, they’re really changing their lives. I was so impressed that I wanted to do a film about it.

How have the featured villages and communities changed?

Many villages have environmental issues. They are all covered with plastic waste. This is one of the main issues in all Children’s Parliaments across the country. Children are cleaning their villages every week. Villages are slowly changing as adults begin to engage with these activities too. In the villages with Children’s Parliaments, there’s no longer child marriage because the children have stopped it.

Another issue they are working to address is domestic violence. Children have been campaigning to raise awareness about alcoholism and convince the government, who own all the stores that sell alcohol, to close them. In some villages the campaigns have been successful. In one of the villages shown in the film, the head of the village supported the children and set up a rehabilitation center. Child labor is another issue often present. 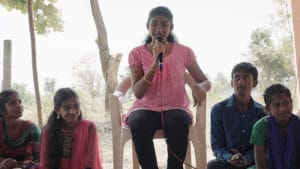 What makes Children’s Parliaments so effective?

The children speak from their own experience at home. Like with alcoholism, generally, many children don’t talk about it, although the issue affects them. The wonderful thing is that at the Children’s Parliaments they talk about it and many other challenging things. They listen to each other with a lot of empathy, and most importantly, they discuss what can be done. 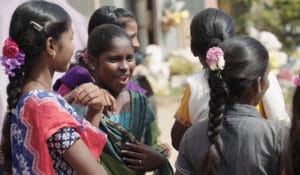 What impact have they had?

I’ve been invited to screen the film by different organizations in a number of countries. At these events, a number of Children’s Parliament delegates were invited to speak to the audience about their experience, which has been really inspiring. There have been conversations with the United Nations to set up a World’s Children Parliament in order to connect and support the more than 100,000 initiatives that exist across the globe.

A version of this post was previously published on Shareable.net and is republished under a Creative Commons license CC BY-ND 4.0.

Facebook106TweetPinEmailShares106
wpDiscuz
Share this ArticleLike this article? Email it to a friend!
Email sent!