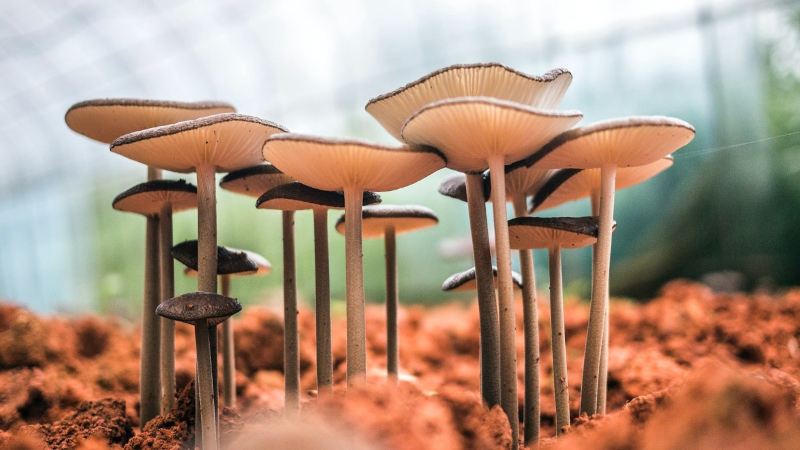 “Perhaps the greatest of all pedagogical fallacies is the notion that a person learns only the particular thing he is studying at the time.”

Think about Mr. Miyagi teaching karate to Daniel-San. He didn’t start showing him how to kick or punch. He made instead Daniel-San paint a fence. He made him wax on and off. And doing that, he taught him, although indirectly, discipline and perseverance. Once Daniel-San was disciplined and focused, he started learning the details of the fighting. By the way, knowing how to paint and how to wax are also valuable skills.

“Collateral learning in the way of formation of enduring attitudes, of likes and dislikes, may be and often is much more important than the spelling lesson or lesson in geography or history that is learned. For these attitudes are fundamentally what count in the future. The most important attitude that can be formed is that of desire to go on learning.”

In sum, Collateral Learning is not a new technique, but a spontaneous and unavoidable phenomenon. What Dewey criticizes is that people responsible for designing the education system act as if Collateral Learning didn’t exist. They design the plans as if each subject were self-contained, and they pay no attention to actively build positive attitudes into students towards learning. At least in Dewey’s times.

Here is a little story about Collateral Learning in action. I’m the proud father of an almost-six years old girl. I will tell you how she started learning about such dissimilar topics like Latin and Mycology, and how she improved her reading and boost her curiosity towards science.

One night we were talking about mushrooms:

“Mushrooms are red with white spots,” my daughter told me.
“Well, some mushrooms are red,” I replied.
“Oh yes, there are brown mushrooms also,” she said.
“Brown, red, yellow, white, black…”
“Wow,” and after a pause, she asked “Can we see pictures on your phone?”

It was bedtime, and I usually try not to bring the phone to my daughter’s bed. But then I remembered a book on mushrooms that my parents bought me when I was about 10, one day when I was bored after we had spent a whole morning at a garden center. It’s a small handbook with lots of pictures. It includes descriptions and tells you, for each mushroom, about its toxicity, tastiness if edible, and so on. And I still have it!

We looked through the pages. There were classical fairy tale mushrooms, but some of them had a very strange shape. We discovered stick-looking ones like Macrotyphula juncea. Coral-looking ones like Ramaria formosa. We saw a lot of puffballs — Geastrum rufescens, an egg on a star! — But our favorite is the brain-looking Gyromitra esculenta — By the way, although “esculenta” means edible, this mushroom is poisonous. Be careful.

Don’t eat it. It won’t give you brain superpowers — Photo by Severine Meißner on wikimedia.org CC BY-SA 3.0

There is also a chart in the book she enjoyed a lot. That chart shows the meaning of the symbols used throughout the book, next to each scientific name. I explained to her how to match and decode the symbols. A circle next to a mushroom indicates it is harmless while a black cross tells you will die if you eat it. A triangle means that the species is endangered.

Showing children new and exciting findings is not the best way to get them to sleep, but she finally closed her eyes. The next day when I passed by her room, I saw her on the bed with the book trying to read the names in Latin! She is still learning how to read. A 6-word sentence can take her a minute to read. But there was she, trying to say aloud the scientific names of the mushrooms.

Another day she asked me about how do mushrooms have children. We had to search the Internet for it. We learned that mushrooms are part of a fungus just like fruits are part of a plant — but fungi are not plants. Fungi can reproduce sexually and asexually, so not every fungus has mom and dad.

In the process, we discovered that the white spots of the Fly Agaria — Amanita muscaria, the fairy tale toadstool — are the rest of a veil the mushroom is covered with when it reaches the surface. By the afternoon she was copying diagrams from the book like this one: 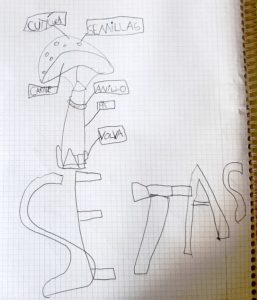 Parts of a mushroom — We’re from Spain, so the labels are in Spanish. She doesn’t speak English. Yet.

By simply being interested about mushrooms, my daughter learned a lot of concepts new to her. Here is a non-exhaustive list of things she learned about by accident, thanks to Collateral Learning:

Thanks to the phenomenon of Collateral Learning, she also learned valuable attitudes:

We learned a lot from this experience. Not only about the facts we searched the book and the Internet for, but about how anyone can learn about anything with the correct motivation. But I have still to learn how to get my daughter to sleep on time.