Get Daily Email
Join/Login CLOSE
Home / Featured Content / How Do I Balance Being a Feminist with Respecting Other Cultures? 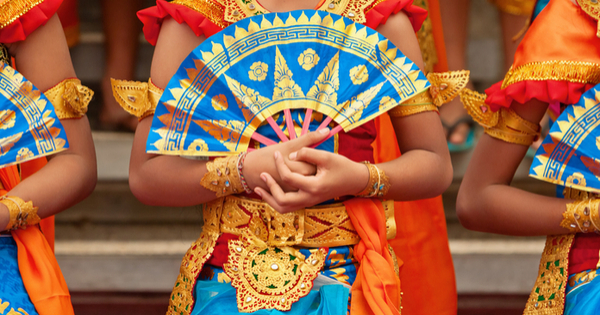 Once I was asked, “When visiting a country that has a culture that represses women, how far do you go in respecting their culture?”

I thought it was a great question, but due to the risk of mansplaining, I decided to consult a few women I know who either live in or have traveled to highly patriarchal cultures before offering up my own opinion.

ON CULTURES THAT REPRESS WOMEN:

When we think of the most oppressive society towards women, we probably think of a country like Saudi Arabia. Sydney Meredith, the travel blogger behind Passports & Prose, who currently lives in Saudi Arabia, told me she doesn’t love equating “repressing women” with “covering your head and shoulders,” as many Muslim women consider it a personal religious choice to wear the hijab, and not something that’s imposed upon them by men. In regards to wearing it as a traveler, she says:

“I remember visiting historic churches in Spain and France during a trip in high school and the women were asked to cover their shoulders. Do I consider Spain and France ‘repressive?’ No. I was just respecting someone’s wishes.”

She also warns against developing a sense of superiority:

“I mean, aren’t women repressed everywhere? … The U.S. is among only two other countries in the world who do not pay pregnant women who take time off from work. We were only allowed to vote just 100 years ago.”

ON ‘CALLING PEOPLE OUT’:

Traveler Sarah Lewis says it usually comes down to reading the situation and points out there may be alternatives to “calling out” someone that are more effective:

“I feel like in that one specific situation, I would try not to be rude about it, especially at first, because the waiter was just doing what he considers to be polite in his particular culture in his line of work. As a server in the U.S., I’ve seen men order for women, so for some people that type of thing is still traditional, even in less conservative countries. If he addressed a man I was with rather than myself, I would probably just answer the questions and not necessarily “correct” him per se. (Similar to how in Japan, the server always talks to the Asian-looking person. You correct them not by calling them out, but by just responding in Japanese, and eventually they realize they can talk to you.)”

What’s important, then, is trying to gauge intent. She adds:

“However, if he continued or was being obviously rude to me, that would be another thing entirely, and I think that’s where the ‘line’ sort of starts. If a person is doing something that, even in his culture, would be rude (such as catcalling or harassment), that would not be tolerated.”

ON THE BALANCING IDEALISM WITH SAFETY AND COMFORT:

My friend Nandika Kumari is an Indian human rights activist, and she says this regarding the clothes issue:

“The class divide in India often means that urban girls/women from the upper classes will usually dress like any other American 20-year-old. However, this is a very small number of people. Most women in India will dress as per their cultural traditions (which are often conservative). … The one rule I’ve always followed is to be 100 percent comfortable with myself. This also means that in a place where I am likely to get stares if I wear shorts, I will make the functional decision to wear something more conservative so I don’t have to get into arguments with creepy men every ten steps.”

In regards to what visitors should do, she adds:

“If someone is just on holiday, it probably makes sense to dress close to the way most women in the area are dressed simply to reduce chances of harassment (I know how that sounds). A dress code is only likely to be enforced in religious places. Everywhere else, you are free to dress the way you like. If a woman feels comfortable wearing a dress in an Indian market, then please go ahead and do it. The culture of trying to control women’s behavior doesn’t need encouragement. Seeing a Western woman in different clothing may actually do some good.”

She also noted: “This is India, where you won’t get a death threat for pushing cultural boundaries.” This doesn’t hold true for every country, however, and there are other places where pushing the envelope may be a much more dangerous thing to do. Sarah Lewis adds:

“If something isn’t exactly rude in their culture, but I feel uncomfortable with it, I would probably say something, although again, depending on my level of comfort, I would probably in varying degrees attempt to be sensitive to the culture and not aim to immediately embarrass the person (unless I was really in danger or in a bad situation).”

AND, OF COURSE, SOME MANSPLAINING:

Okay, so this isn’t technically mansplaining: I don’t really know what it’s like to travel as a woman, and I won’t pretend to. But I have come across similar situations where something happens in a culture I’m visiting that clashes with my own personal values. A quick story:

When I was working a journalism internship at an English-language newspaper in China, I really wanted our editors to cover issues like human rights. My bosses had to worry about government censors, so they weren’t really on board with taking editorial advice from an uppity 22-year-old foreigner. I pushed them on it, and all it did was alienate me from my bosses to the point where I wasn’t being given any work. Towards the end of the internship, I was grabbing drinks with a British journalist who’d worked in China for years. I bitched to him about the Chinese journalists, calling them cowards.

“That’s not been my experience of Chinese journalists,” he said. “I’ve found them to be quite brave.”

I asked how. He said, “You’ve been here what, two months? You need to get to know the system better before you can attack it. These journalists are quite subversive, but they have to be more subtle in their attacks than a British or American could be. They don’t seek to topple anything, just to chip away. Keep in mind very few Western journalists are actually risking their necks when they go to work every day.”

He went on to tell me how Chinese journalists would frequently undermine government-mandated stories through the subtle use of puns. For example, when the government wanted to show off their expensive new language-teaching program (which was incredibly ineffective), the paper’s editors titled the piece, “GOVERNMENT CREATES ARMY OF CUNNING LINGUISTS.” This effective pun-usage has become so pervasive among Chinese dissidents that censors in China have actually banned the use of puns and idioms.

The lesson of that internship for me was that while the causes I was fighting for were just the world over, the tools for fighting for them changed from place to place depending on the context. It’s easy to fall prey to the whole “when you have a hammer, every problem looks like a nail” trap, and for a lot of Westerners, becoming confrontational over small or large injustices is our hammer.

The impulse to resist misogyny is always a good one, but an individual may simply not have the localized knowledge to resist it effectively. Which is fine. It creates an opportunity to learn and listen. The best thing you can do if you want to support feminists in the area you’re visiting is to ask them how you can best support them. Some may say money. Some may say political support from your government. Some may say, “Call out the waiter when he ignores you to talk to your husband.” Some may say, “Definitely don’t call out the waiter.” The response will change based on the place you’re in and even on whom you’re talking to.

That said, respect cuts both ways. If you are trying to treat another culture with respect, you’re allowed to insist they treat you with respect as well.

Matt Hershberger is a writer and activist based out of New Jersey. He writes about culture, politics, humanism, travel, and parenting.