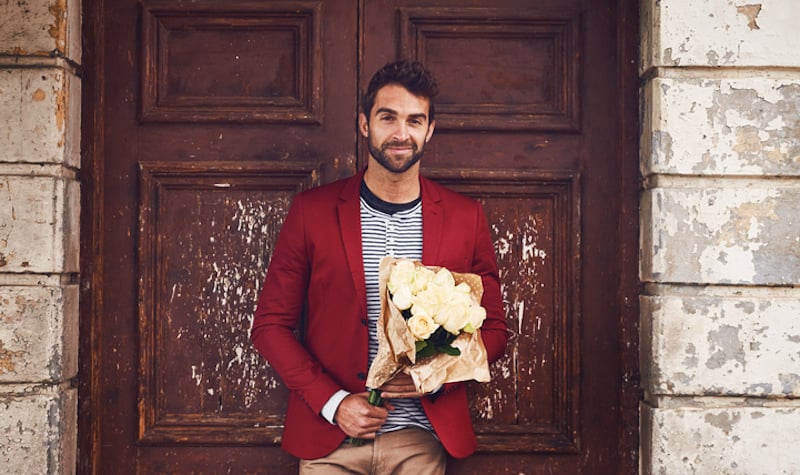 Does our fear of breaking gender taboos keep us from being fully open in our relationships?

“Lady Valor” is an inspiring CNN documentary about transgender activist Kristin Beck. As a decorated Navy Seal, Christopher Beck crossed enemy lines to fight for freedom. As Kristin, she crosses equally scary enemy lines; the gender taboos that hold all of us back from full self-expression and deeper intimacy.

In my many years as a psychotherapist, and in my own life, I have come to believe that rigid rules of gender are the cause of more suffering than can possibly be quantified. Crossing gender lines leads to death in some parts of the world. The suicide attempt rate for transgender people in the United States is over 41%. Yet gender taboos also cripple each one of us in expressing our full humanity. All of us would benefit from exploring how the tyranny of gender rigidity holds us back from a fuller life.

Growing up as a gay boy in the 50s and 60’s, I learned quickly that life was (somewhat) safe–as long as I didn’t cross the invisible, electrified trip-wires of gender taboo that kept all of us in line. These trip-wires were invisible at first—until you tried to step past them. It became clear that there were colors I couldn’t use (Pastels were risky. Pink was death). There were TV shows I couldn’t watch. Words I couldn’t say. (Try saying “lovely” as a seventh-grade boy in the 60’s. You don’t want to know) Too much art. Too much joy. Too much Broadway. There was nothing more mortifying than being girly. Nothing. You couldn’t break these taboos, (ridiculous as they may sound now) without terrible and ongoing punishment.

This gender terror has shaped all our worlds, and we usually don’t even notice. Yet the invisibility of these codes doesn’t make them any less harmful or any less limiting.

Hiding our authentic self over long periods of time is not just an act of suppression; it is an act of quiet violence, it damages our lives and the lives of those we love. It holds us back from our own potential greatness and our ability to love authentically.

In 1990, my closest friend Michael was dying of AIDS. I felt frozen; I couldn’t grieve. Maybe it was because I had grieved so much already, or maybe it was because losing Michael was my greatest fear. Whatever the reasons, it made me feel as though I was incapable of love. I went to a gifted and compassionate therapist and told him that I was going to lose my best friend any day now, yet couldn’t feel a thing. Harold saw the pain inside me that I simply couldn’t feel; and the fact that he could see it somehow freed me to do the same. My grief came in torrents, the dam burst in the presence of his skill and compassion. When my tears subsided, Harold asked me to explore what had just happened to me. He asked me to find the part of me that knew how to grieve, and to find an image that captured that part of me. My image came quickly, and it made me uncomfortable. It was a full-bodied, swaying female essence within me. And I knew that this part of me which I had always shunned held a key to a deeper sense of connection to my own humanity; to my ability to feel love in a world that was now full of death and danger.

In my work as a therapist, I have seen many clients experience the revelation of discovering their most “feminine” self; a self which they had shunned as too weak, too submissive and hence, too dangerous. That revelation, and the ability to experience the power of that part of themselves, changed the lives and futures of a number of my male clients, and some of my female clients as well.

I’ve seen so many women worry that their personal power wasn’t feminine enough and would frighten others away (How often have I heard the stultifying and subtly demeaning phrase “leave your balls at the office” ) and men afraid that they weren’t “manly enough” to embody the unique forms of personal power they felt within themselves. Again and again, I’ve watched clients cross the line of gender taboo and find that those very parts that they were frightened to embrace held keys to their happiness, their success, and their ability to love.

A wise client of mine, in embracing her profound vulnerability and her estimable personal power, came to a wonderful insight. Her revelation was simple: “I’m better when I’m both.”

But being both is not easy. Being both holds such power that it frightens us, and in most cases, it asks us to cross over into expressions of self which break our assigned gender roles. In many indigenous cultures, the sacred was marked by the ability to stand in two worlds—or more—at once. When we allow ourselves to explore the deeper edges of our “feminine” qualities and our “masculine” qualities we are thrust-quickly—into new and powerful arenas of self.

In your relationships, your creativity, and in your most authentic expressions—in your sex life, for that matter—have you ever felt timid to express something because it crossed some subtle or not subtle gender taboo? I think that virtually all of us have had that experience. As we embrace that challenge, we open a door to our deeper humanity—and we begin to unleash a passion that is uniquely ours. What words, what actions feel either too soft, too tender, or too strong and empowered for you as a man or as a woman? Occupy them. Try breaking the gender rules, and watch what power emerges, what depths of self.

In her new life, Kristin claims a palette of expression that is nothing short of extraordinary. We see her training others in high level combat marksmanship. She happily shows us her favorite flowery heels. She does heavy construction. She learns how to do her makeup– and she careens her jeep into a wild car-chase spin, because she can.

In a CNN/Psychology Today sponsored panel presentation following the movie (which I was honored to take part in), Kristin talked about our poverty of imagination when it comes to gender expression; the limited stereotypes of Barbie and Conan. But instead of demeaning those caricatured extremes, she tells us that she loves Barbie and Conan. She doesn’t decry the boxes of extreme masculine and extreme feminine stereotypes, she collects them, occupies them freely, and then plays with them. She claims whatever part of the spectrum she feels drawn to. In our culture, that takes immense bravery.

As a Seal, Christopher’s rage fueled his unimaginable bravery; we see him climbing up the side of a huge moving ship during a storm, leaping out of planes, and diving into the water from dizzying heights. Yet that rage, much of which stemmed from his denied “other self”, hurt his family profoundly, and almost killed him.

When she crossed over the terrifying lines of gender taboo to become her authentic self, Kristin blossomed. Compassion for others began to fuel her life, not rage. Her voice became softer, and she began to finally grieve all the love she had lost during her Navy Seal years. She’s still at the Pentagon, still teaching marksmanship, but now her face is marked with softness, not hardened rage. She is the “wounded healer,” and her hard-won wholeness challenges each of us to our own gender bravery.

How to Become Attracted to People Who Are Good For You

What No One Teaches Us About Love

How Your Greatest Insecurities Reveal Your Deepest Gifts

To order Ken’s book Deeper Dating: How to Drop The Games of Seduction and Discover the  Power of Intimacy, please click here.
Don’t like ads? Become a supporter and enjoy The Good Men Project ad free

Ken Page, L.C.S.W., is a New York based psychotherapist, lecturer and author of the upcoming book Deeper Dating: How to Drop the Games of Seduction and Discover the Power of Intimacy (Shambhala, 2014). A dynamic and inspiring speaker, he has led hundreds of workshops on intimacy and spirituality for thousands of participants of all ages, backgrounds and sexual orientations. He and his work have been featured in O, The Oprah Magazine, Life Magazine, The New York Times, WPIX-TV Morning News, The Advocate, Time Out New York, The Discovery Channel,and in many other places. Five years ago, Ken founded Deeper Dating , a successful workshop and meeting event for single people committed to deeper values.

I had to laugh of the synchronicity of it all. Just yesterday i visited a client’s building for the first time. And when i met him for also the first time i said “you have a lovely facility here”! He simply thanked me and we had our meeting and it went very well. It was lovely. Certainly not beautiful, because it wasn’t, but it was a lovely space for people to be. Your client was wise indeed, it is better to be both to the extent you want to be. I would guess Kristen has fully discovered that as you… Read more »

Facebook655TweetPinEmailShares655
wpDiscuz
Share this ArticleLike this article? Email it to a friend!
Email sent!