Get Daily Email
Join/Login CLOSE
Home / Featured Content / ‘How Has Violence, Fighting and Anger Shaped Your Life as a Man?’ 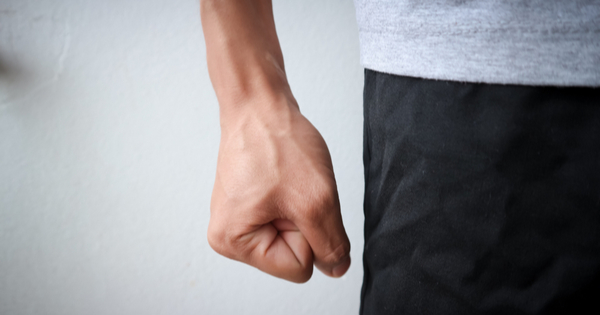 I found this in an email I got from the GMP and it intrigued me: “How has violence, fighting and anger shaped your life as a man?”

Now, I’m not a man. Obviously. But I was born with a penis, and spent the first 28 years of my life getting called “he”, so I think I have something to say about this.

Obviously, as someone who is definitively NOT a man, I have an unusual perspective on “being a man” and what that meant to me. But violence and anger were a huge part of it.

In fact, I’d say that my pre-transition life was defined by these things.

So, how did violence affect me? Well, the hormone testosterone more or less ruined my life. As a “guy”, I was constantly angry, resentful, and oh, did I mention violent?

This violence was mostly a rage against society’s pressures of being a “guy”. Now I can look back and make sense of why I hated this. Back then, I didn’t know why I felt how I did. I just knew I hated my life. I hated being “Jake”. I hated “Jake”. Everyone (including me!) just thought I hated myself.

So how was violence a part of it? Well, take a lot of repressed rage, add testosterone, and there you have the monster that I was. And yes, this monster was violent! Temper tantrums, screaming and hitting, the works.

Jake (I consider the testosterone-driven spectre in my past a different person) was a very violent man. His primary raison d’etre was hate. Hatred of having to be a “guy”. Hatred of just about everything and everyone trying to help him, because they weren’t helping him, just seeing him as a man.

And the violence underlay everything.

Of course it’s left scars. I have brain trauma from a suicide attempt, which makes me walk funny, unable to carry a glass of water without spilling. I have heaps of bad memories. But most of all, I have twenty-eight years that I’ve lost to violence and hate.

So, what’s the silver lining? Beats me. I’m still trying to figure that out. I guess, if there’s anything good to say about “Jake”, it’s only this: in the end, he didn’t win. I survived.

And hopefully now, with whatever I’ve learned by being to hell and back again, I can make other people’s lives even marginally better.

So that’s it. A usual response to this prompt? Not at all! But that’s my answer.

That’s how violence affected me, Jane Sofia Struthers, as a “man”.