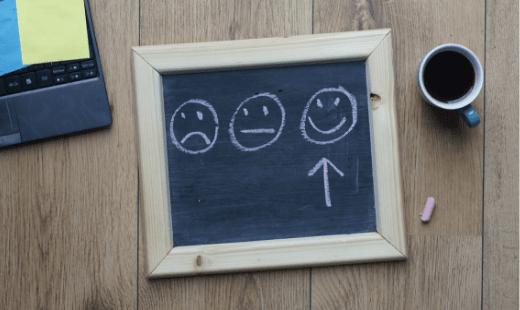 Lilly asked: My main question is how did you keep yourself from becoming bitter toward life and women? Not all men (or people) seem to recover from the line in the sand their spouse may have drawn due to the belief there is “evidence there’s a better way.” My spouse is now stuck in bitterness toward me and women in general (because of my audacity to expose that we were doing it wrong). All in all, he would have preferred to have kept his head in the sand it seems. Just wondering from a man’s perspective what keeps some in the game and others eager to jump into a world of solitude and hate after being hurt.

That’s an interesting question. Learning about empathy and what that actually means is probably the most important thing I’ve learned post-divorce.

I still have a long way to go, but have made strides.

Because of this newfound ability, I understand and respect that every other guy is not me.

With the exception of severe mental illness and non-sobriety, I believe that when a person shares an honest story about WHY they believe, think and feel the things that they do, a reasonably honest and empathetic person should be able to connect those dots and understand how the other person arrived at those life conclusions.

It might sound like a copout, but I don’t mean for it to. I WANT every guy to agree with me all the time and do what I think is best because I think marriage and relationships, as a whole, would improve overnight. (Which might not be true. I’m just guessing, and I’m wrong sometimes.)

But that won’t happen. I know that it won’t. I know that only a certain percentage of men will ever share enough commonalities with me in terms of life experience, education, emotional makeup, personality type, etc. to draw the same conclusions I have.

I mostly write for them. Those faceless unknowns who I know exist because they sometimes reach out and say, “Hey, we’re kind of the same!”

That was my wordy disclaimer before answering the question, which I hope made clear “This only applies to me, and the vast majority of other people aren’t anything like me, so maybe it doesn’t matter that much.”

Lilly asked: “… how did you keep yourself from becoming bitter toward life and women?”

I faked it at first.

I WAS bitter toward life. Not women, I don’t think. But I was poisoned by cynicism and was wallowing in Woe-is-Me-ism for a bit. It was pathetic.

The early days were dark ones. I didn’t want to die, but for the first and only time ever, I didn’t care whether I did. Everything hurt — head and body — every second of every day with lousy sleep and disturbing dreams for several weeks and months.

It was unsustainable, and I can’t be sure of what or where I’d be had those feelings persisted.

Some percentage of healing came simply from the passage of time. I think most people heal if they just keep breathing and stay alive. Like any wound, there might be scar tissue, but the body mends. And life goes on.

Some other percentage of the healing came because of the self-improvement work I was doing.

In my previous 33 years pre-divorce, I’d NEVER set out on any sort of meaningful self-improvement journey. I don’t know why. Maybe everything felt good enough.

But now I was on a self-improvement journey. It felt like I’d spent a lifetime blind and finally could see.

I identified several self-sabotaging things I regularly thought about, felt and did. Then I worked to do better.

I started reading more with an emphasis on books I believed would make me a smarter, healthier, and more-capable person.

It was intoxicating at first.

Not many people read things I wrote then, but it still served as a mechanism to share ideas. Combined with my first-person divorce stories, people found relatable examples of how the common marriage breaks down. Because that’s what my marriage and divorce turned out to be. Typical. Average. Something that happens all the time.

I’m motivated to help others avoid the same fate. Sharing those stories was truly therapeutic.

Who I am today isn’t entirely about my life choices.

I had really excellent parents who loved me (still do) and whose selfless intentions to make my life the best it can be have NEVER been in question.

I have really excellent, loving, predominantly functional extended family members. They are very good, loving people who made me feel special and cared for throughout childhood and into adulthood.

I have awesome friends. I don’t often see or talk to most of them because they’re scattered all over the damn place, but I love and miss them, and when we get together, it’s always fantastic.

Throughout my life, there was a reasonable expectation that, when I woke up in the morning, today would be a good day.

I spent my entire life taking THAT for granted. How much would the wealthy pay for that luxury? To wake up optimistic every day because the vast majority of their human experience was positive?

That was my life. I didn’t have money and things and impressive life experiences.

But I had THAT.

It’s a priceless and incalculably valuable gift I was given. I did not earn it.

But because I was young and couldn’t know what I didn’t know, I didn’t actively appreciate the charmed state of being.

And then, BOOM. Marriage falls apart. Woman I love leaves. Son I love more than life itself goes away half the time at EXACTLY the same age I was when my mom and dad divorced when I was 4.

The psychological and emotional fallout is impossible to describe, though I’ve tried. Only the people who lived through something similar get it. Sadly, that’s a large amount of people.

Today, I recognize how fortunate I was to have that, and that many other people have had to overcome much more than I because of those unearned advantages.

This is going to sound silly, but it’s basically mathematically impossible for us to be alive.

The mathematical odds of the Earth’s relation to the sun and the millions of years of life formation on this planet, and then all of the things that can kill our fragile bodies, including birth, where the doctors at an Iowa hospital told my parents I probably wasn’t going to make it around 5 a.m. one morning in 1979.

But then I did.

And everyone else did, too. It’s, like, pretty much impossible that we’re here and alive and conscious and able to have this conversation.

The odds of you and I being alive are the same as two million different people rolling a TRILLION-sided dice and all rolling the exact same number.

The odds of us being here are pretty much zero.

Yet, here we are.

Life is a song.

When I wake up in the morning, there’s a chance I’ll have a blah, crappy day. There’s always that chance.

But on the other hand? There’s always the chance it’s going to be the day that the greatest thing that ever happens to me, happens. It might be the best day of my life.

Even if it’s not, maybe I’ll have an amazing father-son moment. Share a really kick-ass kiss. Laugh until my cheeks hurt. Learn a new life secret that makes everything better. Make some sort of important personal connection. Or maybe even write something here that resonates with human beings around the world, who then write me nice things to say so.

Among all of that is the perfect combination of “stuff” that makes me me, and not a guy who gets hopelessly bitter and angry.

Being bitter and angry is horrible and feels bad.

Being content and grateful is amazing and feels good.

To me, there’s no choice at all.

We can live in the darkness, or try our best to light it up.

And I choose the latter.

When we decide to make today better than yesterday, and tomorrow better than today, I believe that’s exactly what happens.

I love life and people because I choose to. I choose hope because it’s so much better than the alternative.

And that’s why I’m not bitter, and God-willing, never will be.

Originally appeared on Must Be This Tall to Ride