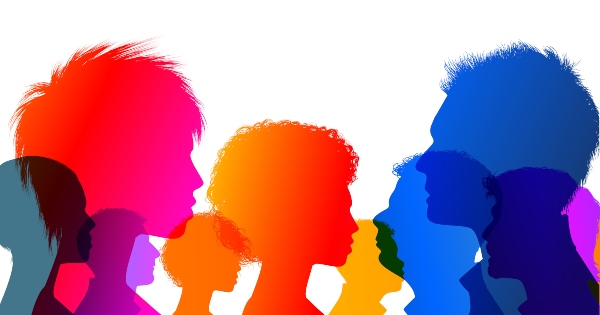 A recent call I had with a dear friend of mine, May Pang, inspired this article. We had a group call recently, with some others, about how connections and what they mean to us. Completely unrelated, I know, but a question struck me. Probably because the following also defines our connections with others.

“What are the moments which changed your life?”

As other people in the group gave their own answers, I realized I have never had a “lightbulb moment” in my life. Which was again a moment by itself 🙂

I also realized that the past 9 months have equally contributed to changing me tremendously, and I can never forget these months in my life. Why?

Because that is when my journey with feminism started.

Did I know what feminism was before COVID? I do not know. I know I hated people body-shaming me and also hated when they differentiated between me and others (men and women).

But it was always an external factor, i.e. how other people reacted to me, rather than me thinking about my actions. I never gave a thought to whether I was behaving the same way while hating the way society behaved with me.

I want to give a background of how I was before.

As a child, I hated being a girl, or I never wanted to show any “girlish” behavior. I loved it when people told me I was a tomboy, or when other boys called me their “bros” or said something like “I am not like other girls”. I thrived on such comments.

I have always been a very independent person, thus used to judge all those women who left their jobs (voluntarily) after marriage or childbirth. I hated the concept of marriage since I thought it was an institution where women have to give in more than men and compromise on all their life decisions.

I judged women who wore short revealing clothes. While believing in inequality, I also took my mother and grandmother for granted.

I had almost become a man-hater. I thought all my problems were because of them. People would not compare me with boys if they never existed, right? I would not be forced to compromise for another man.

So many problems of society would disappear. There would not be any rapes or fights (since only men take part in physical fights).

There would be no terrorists or domestic abusers. Women can be free of all forms of inequality.

Yeah, I was a weird kid. Judge all you want. Am I guilty of my childhood opinions? Yes, and no. I would not be what I am today without those and also wish I hadn’t judged/taken those stupid decisions then.

This was my mindset till I was 21. Now I’m 23, and I have changed a lot. Getting married (see the irony?) and COVID played a major role in my mindset change.

When I started writing last August, I wanted to pour all my frustrations regarding inequality into the world! What was the category I could put it into? Feminism!

That’s where my journey started.

Since I had to research for all my articles in Medium, I had to read a lot on the said topics and watch many videos. This process completely changed my thinking over the past few months. I will not deny that it was a couple of months full of difficulties.

Frustrations and feelings of accomplishment. The time away from everyone truly gave me time to think, “Who am I?”, “What are my core values?”, “What do I believe in?”.

Instead of thinking only about what others did to me, I started thinking about how I was behaving. This left me feeling extreme guilt.

I also struggled with it every day, so much that I wrote an article on my internalized misogyny. Why do my actions not match with my core values? If they don’t then something is wrong here, right? I am not what I claim to be. So again, who am I?

The entire process went through a series of iterations.

Was I trying too hard to define who I was? Probably, I don’t know. Looking back, I only know I was changing too much because of the talks, articles, and books I was reading, and the intense conversations I was having with my “feminist” friends.

After so much questioning looked like they were undergoing the same thing as I was. Made me feel normal, by the way.

Then there was this realization of what can I do about the internalized bias, instead of cribbing about things. Because everyone around you asks you to focus on action rather than thoughts, right?

The question of, “Why am I complicating things so much around me?” came up. But when nothing else was the same; the world was changing; everyone was working from home, I wanted to define my identity and make it constant.

Feminism for me consistently changed over the past year. It took hours and hours of watching Ted-talks, interviews, reading books, and talking to people to finally figure out what I believed in. And to somehow align my actions with my core values. I am not perfect even today, but I am so much more conscious of my actions towards other people and situations now.

What is feminism for me now?

Every human being, regardless of gender, caste, creed, and color, should be given equal opportunities. As a society we should stop putting boxes on characteristics, masculine, feminine, this is what you are supposed to do, and this is what you should not dream of. Just because you are born this way.

I want the concept to be inclusive and not become a competition. There should be no boundaries, and everyone should have free will and opportunities.

Now, am I saying this should be everyone’s definition? Absolutely not. It is just what I believe in. This will become the basis of how I will try to lead my life and make decisions. I am too young to define anything anyway, and I am okay with change. But I don’t think this fundamental aspect will ever change.

Covid has given me more than I could probably get from any other period. It made me stop, think, reflect, act and repeat. It played an important role in changing me as a person, knowing my values in self-realization. It forced me to sit down and think of how I am interacting with the people surrounding me. It made me less selfish.

I will forever be grateful for this.

Writer, Poet, Foodie, Traveller and sometimes a SAP Developer :). I write about topics that move my heart and which makes me curious.