Get Daily Email
Join/Login CLOSE
Home / Featured Content / You Don’t Care Vs You’re Too Insecure, How To Be The Man Women Are Searching For 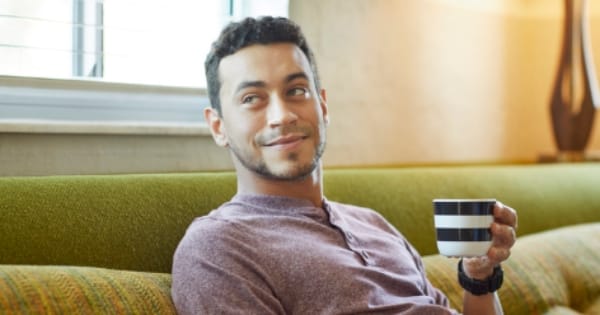 —
Keeping a woman in love is almost one of the hardest things to do today. Don’t you just hate the fact that the same woman you’re trying to be a better man for complains about almost everything that you do? After you’ve made the decision to be more sensitive to her emotions and the things which she’s always talking about.

So what on earth should a man do? When even with the right intention women still complain and when we don’t act in accordance with what they want, they frown about our behavior.

Here are 5 scenarios and tricks to help you win in these situations;

1. Fight About Other Men

Sometimes women text other men just to see how you’d react, other times it’s just a natural occurrence. And guess what? They know that you know they’re texting other guys.

If you don’t talk about it, she will say you do not care, while if you begin to complain about it, she’ll say you’re too insecure and there’s nothing to worry about.

So how do you win? Simple, when the conversation about texting other guys comes up, tell her you understand that she’s a woman and that guys are supposed to be all over her, but you trust her to act like a woman of value, who will respect herself, and that’s why you don’t take it seriously.

“Oh, so you don’t want to be identified with me?” Said a woman to a guy who she thinks doesn’t even care about her.

On the other hand, when you’re the guy who enjoys holding a woman’s hand, she begins to feel like you’re not giving her space, freedom, or that you’re too insecure.

So how do you win in this situation? When it comes to places where she needs protection, be active and help her out — hold her hands while crossing the road, hold her hands to lead her. But when it’s a free space, if she doesn’t reach out to hold your hands, don’t always reach out for it.

A woman who has to constantly wonder where she stands in the relationship is a woman who will open her mouth to tell you, “you don’t care”.

While on the other, hand a woman who you constantly tell how much she means to you, is the woman who thinks she’s the best you’ve ever had or that you’re too afraid to lose her.

So what will the smart man do in this situation? She’s your wife or girlfriend, tell her once in a while that you adore and love her, and whenever you buy her gifts, write a little note on it saying “you’re the first thing that came to my mind when I saw this” or “I’m happy you’re mine.” Avoid saying “you’re beautiful” every day because too much becomes boring.

In the spirit of trying to act considerate, most men would often ask the woman “what do you want” in most situations. This sometimes gets women thinking “he’s a man who doesn’t know what he wants.”

On the other hand, when you start making all the decisions, they begin to feel or think you’re an inconsiderate person who does not care about their feelings or what they want.

So as a real man who wants to keep his lady-loving him. The first thing you should do is, act as a detective. Learn, listen and understand her interest, then make decisions based on what she’s admitted to enjoys or love. This way it seems like you’re a sweet man and also a man who understands women.

He doesn’t call vs he calls too much!

Women say a man who only texts a woman is a man who doesn’t care about them. On the other hand, the man who’s always blowing up their phone is the pesty man.

Continuous texting is for boys, you’re a man, mix it up, call her once in a while. Women fall in love with a man’s voice and manner of expression.

These are a few areas in which women want changes. So, therefore, incorporate these little changes into your relationship and you’ll have short nagging days and long smiling and happy days.