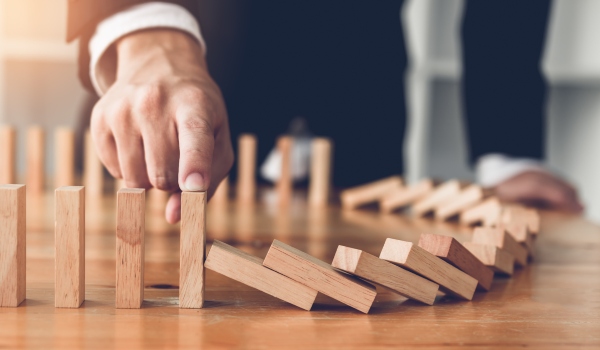 —
I seem to hear the same things over and over again from guys. One of those things is, “David, I’m so in my head.”

Now you need to picture what “in your head” sounds like, because technically you’re not really walking around inside of your own head. If you were, you’d just be this gigantic round thing rolling around on the ground like a bowling ball at all times. If you were really in your head, you would just be a rolly poly head — nothing more, nothing less.

So the term “in your head” is really just your way of saying, “I want to go do this, but I’m worried about x, y and z.” If you think about it, though, the principles of meeting people are very simple.

You observe what they’re doing. You react to what they’re doing so you can really connect to their world (and so you don’t bring them into a whole new world when you’re experiencing something else). Then you speak with authority, playfulness and confidence. It’s really very, very simple.

What makes it so difficult is the fear that’s associated with it. You decide at that present moment whether to do it or not. If you don’t do it, what happens is you go into what people call “getting into my head” (which means that you’re finding an excuse not to do it at that moment).

So when you’re in your head, what that really means is that you just don’t want to try at that moment. You’re too afraid to give it a whirl, because you’re too caught up with seeking approval.

You really and truly believe that if this doesn’t work out, things are going to be really bad for you that day (or whatever it might be based on stuff in the past). Past programming could be from the way your parents taught you, the way kids teased you in high school, whatever it was.

All kidding aside, going back into the past is another way for you not to try. It’s just an excuse. You think, “Well, this failed me 23½ years ago, so I’m not going to do it now. I don’t want to do it now because if it fails, then I’m going to be a total failure because I’m giving all my power away to this person I don’t even know.”

There is no such thing as failure in life. There really isn’t.

If a professional football player plays in a game and the team loses, did he fail? No, he tried his hardest and they didn’t win, but there will be another day.

An investment banker makes the wrong investment. Did he fail? No, he just made the wrong choice and it didn’t work out. A stock trader trades a stock and it goes the wrong direction. Is he a failure? No, it just didn’t go the way he thought it was going to go.

In life, if everybody quit as often in other areas of their life as they do about approaching women, they’d be broke and homeless and living on the side of the road. They would be holding up a sign saying, “I’m a quitter. i can’t afford to pay my bills. Can you please give me some money?”

So getting into your head is just your safety zone. It’s you basically saying to yourself, “I’m much more comfortable not trying than trying.”

Previously published on davidwygant.com and is republished here under permission.