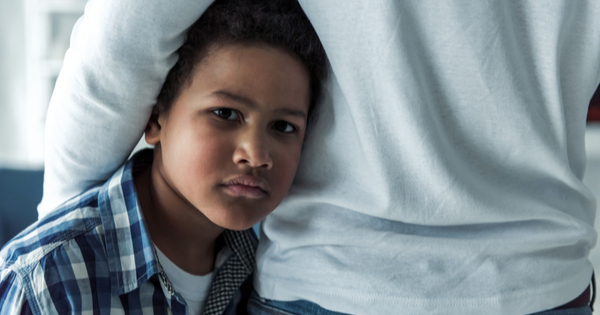 For a long while, I’ve been meaning to have a tough conversation with my son. It’s one that he’s probably already had with his friends and the internet, but now that he’s 11, I thought that it would soon be time to make it official. But before I could, he brought that conversation right to my door.

While I sat on the edge of his bed one night, my son safely tucked in under cartoon character sheets, he hit me with the question no father is ever truly prepared for.

A classmate had told him, he said, that furries are people who dress up like animals — to then have sex with animals, which is completely false.

I was thrown completely off guard. “What? Why are y’all talking about…” I started. Stopped. Took a breath. Now it begins.

A couple of years ago, my sister hinted that I might need to have “The Talk” with her son, who was 13 years old at the time. I told her that his father needed to handle that. It’s not like he had died in war; they were just in a custody battle.

“Let his daddy talk to him on some alternate weekend,” I said. “I don’t even want to talk about sex with my son.”

But okay, great, a sex question from my son. I’d prepared for the moment, and in my mind, I had a rough outline of a basic explanation of human anatomy, based partly on physical interactions and “the birds and the bees.” But it’s hard to work in the birds and the bees when you need to explain to your confused child that while there are people who dress up as animals for sexual purposes, they aren’t having sex with real animals.

Part of me wondered if this is really what sixth graders are talking about now. But I knew that wasn’t fair. We talked about sex when we were in sixth grade, too, though even an adult would probably have a hard time explaining a furry back then. Still, I’m continually amazed at how much influence the rest of the world has on my son.

Which is probably, at least partially, the same way you learned.

Nowadays, most of that pay-per-view movie could probably pass for an episode of HBO’s latest prestige series.

When I was around my son’s age, I spent some time living on the outskirts of a small town in southern Illinois. A lot of the people there, including my grandmother and me, lived in mobile homes. One day, a neighbor’s single-wide caught fire, and the fire department opened it up like a tin can to put out the blaze. They tossed most of his belongings into the yard. The trailer was a total loss, nearly nothing worth salvaging. I don’t even think the neighbor tried.

We need to talk to them about the things they’re already talking about with their friends at the lunch table. And I’m pretty sure they’re not talking to their friends about embryos and fallopian tubes.

Most children, indeed most boys, learn in a similar, hidden way. I suspect most parents don’t talk to their children about sex at all, aside from maybe giving them condoms or taking them to the doctor for birth control once they’re sure that the horse is out of the gate.

Even for those of us parents that do talk about sex, it boils down to the “safe sex” talk. We let them know how not to get someone pregnant or end up with a sexually transmitted disease. And even that is an awkward conversation. Not many people want to talk to children about horniness, oral sex, blue balls.

Yet, that’s the kind of honest conversation that’s needed. When kids ask about sex, they need fewer anatomy lessons and more Red Table Talk. We need to talk to them about the things they’re already talking about with their friends at the lunch table. And I’m pretty sure they’re not talking to their friends about embryos and fallopian tubes.

An honest conversation about sex with your children should also focus on trusted relationships, emotions, self-worth, and love. Our thoughts about sex affect how we view and treat our intimate partners. They influence how we see romantic commitment, and can even be a lens through which we see parenthood.

I’m preparing myself to have a series of conversations with my son surrounding sex. We’ll discuss patience, condoms, and diseases, but also consent, desire and the objectification of women, and even the dulling of excitement and unrealistic expectations. My son is only 11 years old, but talking about sex will be a process. And the time will come for us to discuss it all. Meanwhile, I have to ask myself some hard questions about my hopes for him. What does a healthy sexual relationship look like to me? What do I think it is an appropriate age for my son to have sex? What is my take on porn? How do I talk to him about consent and boundaries?

I don’t know all of these answers to these essential questions. But I do know that I need to know.