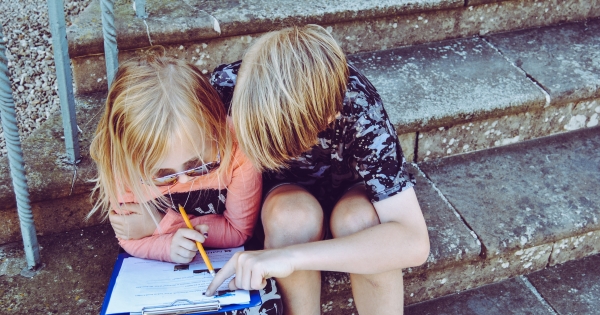 —
Following the politically charged confirmation battle of Brett Kavanaugh, President Trump has a message: It’s a scary time for young men. In his universe, boys will now need to watch their actions around girls, apparently lest a moment of innocent privacy or a peck on the cheek gets remembered as a sexual assault decades from now.

What Kavanaugh was accused of doing wasn’t a moment of innocent privacy. To recap, he was accused of (1) while in high school, teaming with Mark Judge to ambush Christine Blasey Ford to pin her down in a bedroom, drowning out her cries for help with loud music while attempting to rape her, (2) while in college, waving his penis in the face of a fellow student during a party, apparently for the sake of humiliating her, and (3) working with Mark Judge to run sex parties where vulnerable girls were given roofies so that they could be raped repeatedly.

The first two accusations seem credible for the version of Brett Kavanaugh that appeared at the Senate Judiciary Committee: An aggressive man who spoke multiple times of his love for beer. The third one seems more of a stretch, but what does a serial rapist look like, anyway? We will likely never know the truth because none of the accusations, not even Ford’s, were given a fair, thorough, non-partisan hearing.

It strikes me as a sad commentary that Kavanaugh is replacing Anthony Kennedy, a quote of whose is on my classroom door: “The remedy for speech that is false is speech that is true. This is the ordinary course in a free society. The response to the unreasoned is the rational; to the uninformed, the enlightened; to the straight-out lie, the simple truth.”

The simple truth. Not nostril-flaring, not screaming, not self-righteous table pounding. Tell the truth, and let people decide.

Going back to Trump’s claim, I could talk, as many articles have, about how rare false accusations of sexual assault are. I have a nine-year-old son, and statistically, he is more likely to be sexually assaulted during his lifetime than to be false accused. I truly hope neither happens to him, but I am more anxious about his being a victim than his being a target of false claims.

The plausible anxiety for boys is that they will be held accountable for their mistakes. Women are tired of being silenced, having their valid accusations ignored. For a long time, girls have been getting the female version of “the talk”: How to protect themselves from rape. Don’t walk alone at night. Don’t drink at parties. Don’t wear revealing clothing. Don’t ignore boys when they talk, but don’t be too friendly. Don’t go to the bathroom alone.

I could teach my son about the dangers of being alone with a girl, about opening himself up to accusations decades from now. But here’s a reality: Neil Gorsuch was confirmed in nearly the same political atmosphere as Brett Kavanaugh, and there were no credible sexual assault accusations against Gorsuch. Even now, with the door wide open for Kavanaugh, when anybody wanting a few minutes of fame could storm forth and claim that Gorsuch is also a predator, nothing.

The obvious explanation is not that the liberals have gone on a conspiratorial smear campaign against all Republican nominees. A much more obvious possibility is that Kavanaugh was an alcohol-abusing, short-tempered, self-entitled rich kid who disrespected women. Whether he assaulted Ford, Ramirez, and Swetnick is still legally undetermined. But his own words and actions during the Senate Judiciary Committee hearing support the obvious possibility.

Instead of teaching my son to fear girls, I’m teaching him to respect them, to not treat them like objects, and to absolutely never assault them, sexually or otherwise. If he does that, I’m confident that under the extremely unlikely situation he’s met with a false accusation of sexual assault, it will be so lacking in credibility that it won’t affect him.

I’m not saying, by the way, that I’m teaching him to put girls on a pedestal and to treat them with kid gloves. That’s more objectification. Girls are human. Women are human. His wants and desires do not override their bodily autonomy.

If he ever mistreats anyone, he should be held accountable for that. Should someone be held accountable for a single act thirty years ago? I don’t know. We didn’t have the opportunity to have that conversation about Kavanaugh because the entire argument regarding Dr. Ford’s accusation (let alone the others) was over his categorical denial. We have legal statutes of limitations for a reason, though, whether we agree of the specifics per law.

Are you worried that your sons will be falsely accused? Teach them to treat their female peers as humans, not conquests. Teach them that their maleness is not an entitlement to take what they want. That will go much farther towards protecting your sons, and will also protect your daughters.
—

—
Photo by Rachel on Unsplash

Facebook146TweetPin100EmailShares246
wpDiscuz
0
0
Would love your thoughts, please comment.x
()
x
| Reply
Share this ArticleLike this article? Email it to a friend!
Email sent!