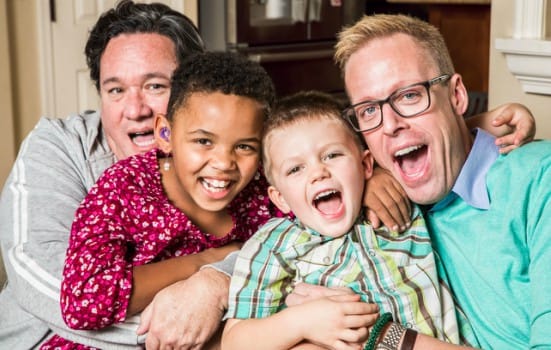 —
There are several lessons that we all learn as we continue to age on this wacky place called earth. But I learned one of life’s most important nuggets my first year of medical school, and it has never left me. I remember this one night in particular—it was late, and I had been studying when I realized I forgot an important book in the stacks of the library. Thankfully, a janitor opened the locked door and allowed me to retrieve my belongings. I remember it took him a while to open the locked section that I needed to enter, as he had so many dangling keys on his keychain. He responded to me gazing at the lock by saying, “Son, I may only be a janitor without any education beyond high school, but I have seen medical student after student enter this school for the past 25 years.

Can I give you some advice?” “Of course,” I said. “Do you see all these keys on this keychain?” he said. “Every single one holds a new responsibility. Fewer keys, less responsibility. Less is more! Remember that my friend.” And with that, he was gone. Did I listen? Fuck no, I didn’t. I studied my ass off and started making an income as soon as I could. I bought stuff left and right, and you know what? They all came with a set of keys. Some with even more keys than I imagined or wanted! At some point, Mr. Janitor popped into my mind, shaking his head in disappointment. “Nobody ever listens to a janitor…” he would say in my dreams.

Now you ask: how does this have anything to do with raising grounded kids? Well, it wasn’t until I had my own two little boys that I realized that the only thing that matters is them. All the other shit—the toys, the non-sense—means nothing. And what did I do? I sold it all. I wanted a redux. A fresh start. OK, not all my possessions. I did keep a beautiful 1965 Porsche 356 (it’s a little piece of heaven to drive and a great investment). That 356 is just a simple Volkswagen engine. Simple, now, seems just a whole lot, well, simpler, doesn’t it? But the understanding of “less is more” translates to an appreciation for just… being.

I am convinced that first, even before you try teaching your children to be well-grounded, parents need to be well-grounded themselves. Don’t get me wrong—I get that money is an important commodity and, yes, both Andy and I feel blessed to be in a stable position, but there is so much more to life. We love running around Central Park in NYC. And it always strikes me that there will always be someone in front of you, no matter how hard you try. Faster people. Slower people. People with more money and people with less. Humans who are happy with life and others who are miserable. And when you finally realize this “rat-race” is just that, then you can just walk. Because the walking then allows you to see the beauty around you rather than constantly trying to catch up to someone else.

These little things are not so little. It doesn’t take money to embrace them. So how do I keep Phoenix and Sebastian grounded? I do my best to pass these subtle, yet profound, life lessons onto my two little beautiful boys. Are they going to listen? Hell no. I’m sure they’ll want to upgrade from my Porsche to my friends’ Ferraris. But if that’s the case, I can only hope that one day, they will be looking out over the world realizing that it doesn’t mean anything – it’s all bullshit.

What I’m really hoping is that they’ll find their own janitor. Maybe it’ll be in the form of their camp counselor, a teacher from their private school, the doorman at our building, the homeless guy on the corner of 87th street, or anyone else that they may interact with – Just someone who can provide them with a unique perspective on what “being grounded” really means. Andy and I are firm believers that, regardless of us being their parents, we view everyone as playing a part in the education of our boys. We are humbled by this fact and know that the more different perspectives of life they witness, the more grounded they will be. And through that, we are blessed each and every day.

This post was previously published on Gayswithkids.com and is republished here with permission from the author.

About Gays With Kids

Gays With Kids helps gay dads navigate fatherhood by sharing stories on how we create and raise our families, and by addressing relevant and timely issues not typically covered by the mainstream media. We hope every gay dad feels welcome, represented, and connected regardless of where he lives or how he came to fatherhood. Finally, by normalizing the gay family experience, we also hope to inspire a new generation of gay dads.