Get Daily Email
Join/Login CLOSE
Home / Featured Content / How, With Artists, Do You Unlock Urban Imaginaries and Public Spaces? 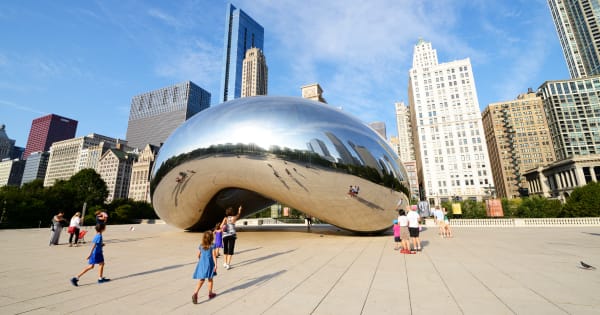 The modern city has long been thought of as a machine, a device that must respond mechanically and efficiently to features such as car traffic or housing dwellers. We believe, on the contrary, that cities that are hard to use must be evolutionary, living and that public spaces can be welcoming places and sources of creation. We discussed it with Dan Acher, artivist at Happy City Lab, Camille Bonazzi, journalist and vice-president of Noise La Ville and Pascal Le Brun Cordier, artistic programmer and head of the Master 2 Professional Cultural Projects in Public Space.

It is Clothilde Sauvages, connector Ouishare at the initiative of the evening, which questions our three guests. ” How can artistic creation help unlock the city? “Pascal Le Brun Cordier, responds first and reminds us what artistic creation can and can not. “Some of the barriers that make cities painful can not be manipulated by art: this is the case of the price of land or its inaccessibility in terms of mobility.” On the other hand, art can act to other levels to unlock the city.

Transform the imaginary of the city

Art can reveal the singularities of a city, introduce poetry, fantasy. The collective representations are thus modified, and those who inhabit it begin to consider the city differently, stop thinking of the city as something frozen. “To show that there are other possibilities available is eminently political,” recalls Pascal.

Transforming the imaginations of a city and provoking exchanges, this describes quite well the motivations of Dan Acher, who is at the initiative of projects such as CineTransat. Dan tells us that until recently, Geneva was a city that everyone left in the summer. Now, there are plenty of activities, including an outdoor film festival that serves as an excuse to bring people together. ” After the movies, people dance and sing. “Says Dan Acher. This has profoundly transformed the imagination of the city.

Then, artistic creation can generate changes of attitude and new uses: invites us to slow down, to enjoy the landscape more intensely, to be more attentive to the pleasures that are there and to exchange with others.

Noise La Ville’s projects bear witness to this desire. “By organizing the event Le Bruit de ma Ville in three places with very different identities (Saint-Denis, Villejuif and Science-Po Paris), we wanted to encourage travel and mix people. Attracting people to Saint-Denis who have never set foot there, it allows to transform their eyes on this city, ” says Camille Bonazzi.

“Under certain conditions, art can awaken a civic conscience,” explains Pascal. First, by convincing us that we can transform our city: the work of art shows that the city is not identical to itself all the time and that it can be modified. Then some projects will include a participatory dimension. These awaken an ability to do and act. This is the case, for example, Olivier Grossetête’s project, A Summer in Le Havre . “The Monumental Participative Constructions in Cartons are appointments given to the population to build together an unusual architecture, a dream of a kid, a collective performance. The public is invited to assemble boxes of empty cardboard to build a building without crane or machine, only with human energy and arm strength.

Another example is Dan Acher Exchange Box project that aims both to promote meetings and the adoption of responsible behavior. These boxes of exchange between neighbors become nodes of circulations. In Geneva, they made it possible to avoid the dump with 32 tons of material. With such results, the arts projects how to receive a listening and a welcome from the municipalities.
Towards a right to the city

The background of the subject recalls Camille, it is the right to the city . It is to make cities common goods accessible to all inhabitants. To achieve this, it would be necessary to think of unprecedented associations between artists, philosophers and urban planners to modify cities in a sustainable way.

It is also to consider the participation, in the sense of the decision-making, at the heart of the processes of choice of urban planning, of the allocations of the budgets.
Measuring the social impact of art in the city?

To go further in collaborations with transformative municipalities, the question of measuring social impact is quickly raised.

Dan reminds us that quantitative indicators (number of people, where they come from, time spent on site …) only make it possible to understand the effect of the work in a very partial way. “The experience and the emotional experience are much harder to describe.” Moreover, these impact studies are extremely long and costly to carry out, which can take precedence over the creative process.

Pascal nevertheless emphasizes the need to put these projects and their effects in narrative because they are not always easy to grasp. To avoid falling into the pitfall of the quantitative indicator, one must be creative and invent new ones. This approach helps to demonstrate that artistic projects can in some cases contribute to systemic change, help people to transform themselves, change their relationship to the world.

“Only repetition and experience make it possible to improve projects and better control the effect generated, ” says Camille. By rehearsing their flag event in Saint-Denis for two years in a row, Noise La Ville was able to set new goals such as bringing people from Saint-Denis to the event. Part of the desired social impact is by doing, observing what is happening. Only for funding files is everything thought out of nothing.
Art in situ, vs art ex nihilo, what does it change?

There are many ways to make art in the public space. “You have to distinguish the project out of the ground project that emerges,” recalls Camille. She tells us how any project at Noise starts with an investigation. “It’s about starting from the existing. We spend a lot of time meeting associations, educators. ”

On the other hand, “the art of the city” consists of grafting projects to the urban fabric. In this case, the tracking job is important to gain in accuracy. The artist then creates specifically for a place.

This is the case of the Focus project in Nantes. A fountain had been hidden by scaffolding for several months. On the occasion of Voyages à Nantes 2007, the artist Tatzu Nishi proposed to set up an ephemeral hotel around this same fountain.

The evening was extended by a workshop led by the Studio De Crecy , it is a question of giving a new life to the urban waste by magnifying them by the artistic creation. The sculptures made were then deposited in the courtyard of the co-working space for others to discover and to put the unexpected back in this common space, familiar with the co-workers of space.

Resources and artistic references cited during the event

Klaxon, the magazine dedicated to art living in the public space

From district to neighborhood ZAT envisions the public space as a place of freedom and experiences, where artistic projects and urban projects resonate. This Zone becomes source of creations and place of exhibition. Pascal was the artistic director.

The Superkilen park in Copenhagen

This no-go zone, an empty lot of 800m long, became very welcoming after being redesigned by hyperflex agency. Now, we move to go there.

A day in the life of a donation box, an accelerated film that shows the unexpected effects of the devices.

Aurora borealis in the city to awaken our ability to wonder and invite us to admire the landscape in the city. A project by Dan Archer.

A summer in Le Havre

The city of Le Havre invites each summer of internationally renowned artists to provoke architecture, to transform the city into a huge game board, to express their art in the public space.

A temporary work from “a summer in Le Havre” which has become a symbol of the city. It is appreciated for its connection to the port’s history of the city. It is the citizens who have put together a petition so that it is maintained.

Clothilde Sauvages reminds us that the devices of urban art are multiplying in Ile de France.

The RER B program by Noise La Ville

A program that aims to introduce the journalistic techniques to about fifteen young people living along this line. During the training days, they try writing, photography, radio, video to talk about their city.

A Street Art course was born from a partnership between the Town Hall of this district and the Itinerrance Gallery.

The book that inspired the name of Dan Archer’s approach.

* description from the site https://olivier-grossetete.com/constructions-monumentales

—
A version of this post was previously published on OuiShare and is republished here with a permission from the author.
—