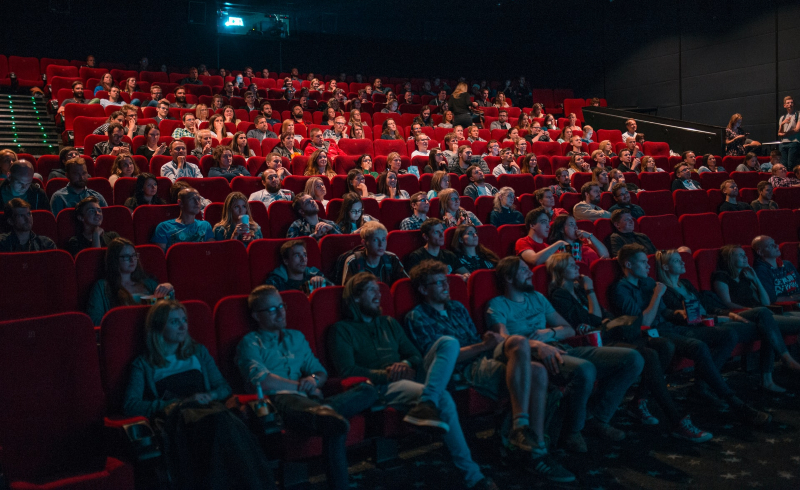 Free speech is protected in the 1st Amendment of the US Constitution but you still are not allowed to yell “fire” in a crowded movie theater. That offense will get you cited.

She went on to describe the uproar about her comments as a “cancel culture” attack on the free speech of conservatives: “Big media companies can take teeny, tiny pieces of words that I’ve said, that you have said, any of us, and can portray us as someone that we’re not, and that is wrong.”

Not evening going to cover my mouth and say “bullshit.” Just going to shout it to the heavens.

Representative Marjorie Greene from Georgia mocks us all when she wears her mask with the words “free speech” written on it. Greene is constantly yelling “fire” in the crowded theater. We all know that she is moored to the alternative reality of QAnon; and, regardless of what she said yesterday in Congress, to appease the paper mache conscience of her fellow Republicans, she doesn’t believe airplanes flew into the towers on 9/11. She also doesn’t “think” that Parkland was a — to borrow a word from the TV show Homeland — a false flag operation.

But she does. We all know she does.

Normally, someone holding just one of these beliefs would be avoided at parties; shunned at PTA meetings; and, whispered about at the Saturday soccer tournaments. Not in a post-Trump America, however, do these beliefs even raise an eyebrow — in the Republican Party, that is to say.

Lunatic. That is the word I use to describe anyone who adheres to the stew of crazy mentioned here.

But, this is the United States and we do have our Constitution (despite the Republicans, despite Trump), and it does grant Greene the right to speak about that stuff until she is blue in the face. She cannot say those things in a crowded movie theater, however, and that is precisely what the United States has become thanks to Trump. Private citizens, though, can say these things, and, if said in a real movie theater they will be cited.

Marjorie Greene is not a private citizen. She is a member of the United States Congress. The same one that was recently assaulted by trained militants and off-their-rocker Fox-watchers. Each time that she hints at the existence of a “deep state,” she is planting the seeds for the next assault. Each time the Republicans in Congress shirk their duty to defend and protect the Constitution of the United States, they are empowering the enemy. Representative Marjorie Greene is not only the enemy, she is also a despicable and vile human being. Her verbal badgering of the Parkland survivor was reprehensible.

Jim Jordan, barely less vile than Greene, is calling for the removal of Ilhan Omar from committee appointments for comments she made last year, quite indirectly, about Israel.

Ms. Omar is the first Muslim woman to be elected to Congress — this already makes her “bad and wrong” in the eyes of the Trumpist Republican Party. It also means that because she is Muslim, she cannot speak out against anything Israel does without it being filtered through the stupid-lens of the Republican’s worldview. Cases in point, so many of the Republican Congressmen over the years who have railed against same-sex love and gay marriage, were later either found out to be gay themselves; or, sued for same-sex, workplace harassment. So, Republicans expect Ms. Omar to be anti-Semitic (Arabs are Semites, also) just because she is Muslim.

For the record, her assessment of the issue was quite accurate, but the quote she used from the Puff Daddy song was kind naive, if not stupid. She immediately apologized and explained that she was learning — and open to learning more — about the history behind her stupid comment. Israel, however, plays a very important role in the whacky worldview of Evangelicals and conservatives and pro-Israel American Jewish organizations, like American Israel Public Affairs Committee, give a lot of money to Republican politicians.

Equivocating Ms. Omar’s comment with Ms. Greene’s entire whacked-out belief system is 100% wrong and just in-your-face obfuscation. Greene represents those nut jobs whose YouTube pod-casts challenge everything including whether the earth is flat, did America land on the moon, are we not just living in the matrix and so on and so forth.

Marjorie Greene, however, also speaks in the language of lunacy, backed, and in part created by Fox News, that is a common one for millions of Trumpist Americans. They believe Hugo Chavez threw the election to Biden and that Hillary drinks baby blood. America will not survive — is not surviving — if we don’t weed out this madness at the highest and in the most visible places.

If censuring, if not out right expulsion from Congress, of Marjorie Greene is not an act the Republicans can engage in for fear of being “primary’ed” then it is time we regard them as the hostile force they are and govern, ignoring their every, uttered and non-uttered concern.

There is zero legitimacy left in the Trump Republican Party. The sooner we all come to terms with this, the better.