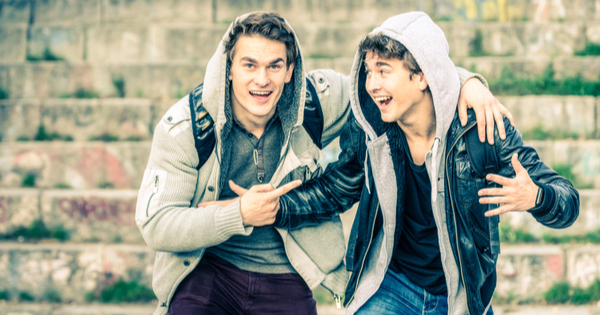 I’m compelled to share the sentiments that were aired in a conversation with my mentor, Lisa. We discussed something that has been agitating me, (seemingly endlessly), though more likely since my teenage years. We meandered from a talk regarding my childhood into one about the bitter loneliness of adolescence.

I was surprised by the extent to which I had been maintaining that my childhood was somehow especially more traumatizing than childhood for others. The more accurate reality seems to be that experiencing a difficult childhood is far more universal than we often accept or admit. In hindsight, while at the time of our conversation this felt like a loss, there is something reassuring in the notion that the struggle is not a solitary one.

Delving into this period of my life some more, something far more considerable reared its ugly head. The leviathan that was my social standing relative to my peers and those around me. Talking to Lisa, it became apparent just how utterly desperate I had been to develop meaningful friendships with those around me.

Having a friend at that age takes on a very different meaning than in adulthood. At the time, your social context feels like your entire world, that everything pivots on the transient and whimsical opinions of those around you; life seems without value if you are unable to glean the good opinion from others. Over time, this view fades and you realise that people care far less about anyone than they do themselves, so much so that in the unlikely event that someone did formulate an opinion of you, it would be a rare thing that this would even be expressed.

Anyway, to make a friend at that age is more about having this thirst for positive opinions quenched, albeit often only momentarily. Put differently, friendship then is more something that staves off some loneliness through obtaining approval from someone else and has less to do with sharing life’s joys in a meaningful way.

Not to belittle the difficulties faced by adolescents. We are exposed, left naked, to the tumult of the social world when we are most vulnerable, most in need of praise or approval. It can be easy to see how this psychological thorn seared so deep into my thinking and, as I am learning, that of many many others before me.

But having seen this thorn, seen it for what it is, with time, care, compassion and communication, we are able to pluck and soothe its sting. We are able to experience the joys of friendship without the obsessive need for approval. We are able to ‘have’ friends in the sense of soaring through life hand-in-hand with counterparts and those that we love.

Friendship begins to be something that is shared rather than something that is obtained. It is seeing this desperation for what it is and recognizing the superfluity of our efforts to obtain friendship that is perhaps one of life’s rare gifts, and a path to a constructive future.

Striving to be a 'good' man in whatever sense such an expression means. Inevitably this means extending care and compassion to friends and family as well as being mindful of life's demands on yourself, extending such compassion inward as well as outward.

Facebook47TweetPin1EmailShares48
wpDiscuz
Share this ArticleLike this article? Email it to a friend!
Email sent!