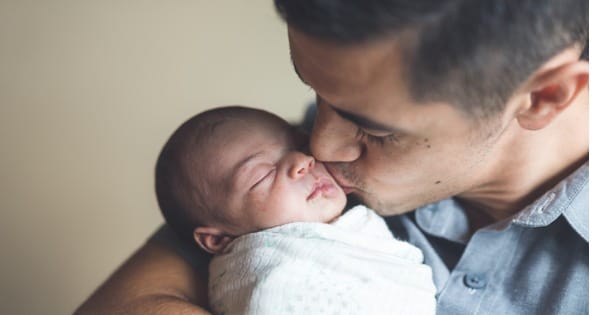 Don’t get me wrong, I am just a standard x-ennial dad who happens to be Mexican; I am in no way your typical feminist father. But I can see, hear and feel the vast majority of the stereotypical Mexican fathers that think they should continue being the king of their homes in every way possible and it drives me nuts.

The worst part is that most of the fathers don’t even think about it, it’s not a conscious choice. Inertia chose their “parenting” style.

Our fathers were the breadwinners and “protectors” because that’s what they saw in their houses. Extremely few men of my generation had an involved father in everyday life. Not just was the house ran by the mother but the lives of the children, of the entire family.

Few will accept this in a serious conversation, but another stereotypical aspect of Mexican fathers was (and is) being a “macho”.

What does that mean?

Everything bad about being a man, in summary. A huge ego for starters, a weird pride in being a man, a degrading attitude towards women and about showing emotions.

A typical macho dad has a very different standard for his son than for his daughter. He teaches his son all the ways to trick women so he can bed them, but he teaches his daughter how she has to marry a virgin. That’s the only way to prove her worth.

A macho father goes out more with his friends than with his wife.

Trips (job-related or not) are his vacation out of his marriage, no questions asked.

A macho dad doesn’t raise a finger at home, cleaning is not his responsibility; that’s his wife’s job and/or the maid he pays for.

A macho father doesn’t have to waste his time making decisions about the way the household is led.

A macho father goes to watch his son’s soccer games and his daughter’s ballet public classes on the weekends but don’t expect him to chauffeur the same kids to daily practices.

A macho dad doesn’t wake up at night when the baby is crying, he expects his wife to get out of the room because he needs to be rested by the morning.

A macho father’s only emotions are anger and impatience, never sadness.

A macho dad drinks a lot, no questions asked.

When a macho father naps for an entire afternoon on Saturday or Sunday both the wife and kids know they can’t even whisper unless they want to see the Hulk.

A macho father and husband is possessive and jealous toward a faithful wife, but at the same time can seek sexual relationships outside of marriage.

I could keep going on and on about what a stereotypical macho father does and maybe some people would argue over some of the points. I have seen them, I have lived them one way or another.

Machismo not only surrounds us but it has been a part of our lives, it is very strong in our culture, in our society. I have discovered this the hard way in my seven years of marriage. It is so harmful, for our families and also for us as men. It destroys us.

I have figured out the first step is calling it out. Yes, I tend to be a Macho dad, I can’t help it. If I am not thinking, if I am not conscious of my actions, if I am not intentional, then I act as a Macho father, as a Macho husband.

Sadly there isn’t an antidote against Machismo. Culture as a whole doesn’t help either with men boasting about their conquests out of their marriage and about what they expect from a son and from a daughter as well as their wife.

The times they are a changin’ sings Bob Dylan. Certainly, there is a wave of crazy men trying to be different. We can’t say we have the same ideology, that’s not what unites us. We fall into every part of the political/philosophical/religious/ideological spectrum. The only thing we know for certain is each one of us wants to be different, inside and out.

Is there a manual to stop being a macho man? I haven’t found it yet. In the back of my mind I know I will struggle with my macho impulses ‘til I die. But I am also certain I don’t want my son to live this way. Javier is two years old, and yes he is a little boy who behaves very differently than his four-year-old sister. But I have to remind myself it’s not about that.

I try to show Javier empathy the best way I can, which is by being empathic. I try to teach him about being a man and what that truly means. He deserves to have an involved father and the only way I know I can do that is by being intentional about it.

I am trying to be an involved father; both early in the morning and also late at night. Not just with sports, but also reading books and doing crafts with my both my daughter and my son. I read parenting books and listen to parenting podcasts, I try to be a better father by being a better human being first of all.

Will that be what it takes? Sadly we are surrounded by a macho culture. Inés, my two year old will live in a different world than what her mother was raised in for sure. But still, some fathers of her classmates still think (and joking or not say it) they shouldn’t pay for their daughters’ university since they will marry and be a stay at home mom.

How can we eradicate the perversive macho culture that still persists? I want to say this wave of post-modern fathers will make more than a dent and change society but I don’t really think so. Bummer.

Yes, my generation is more involved at home and with our family on a daily basis than generations before. That’s a huge start and maybe that’s all that can really be done. Seems very little though.

I normally try to think and write about things that can lead me or others to concrete action, but the truth is that this toxic macho culture makes me think a lot. I can philosophize and question the status quo and at the end get to nothing but the certainty that I need to be intentional in my fathering.

I envy the US with all those City Dad Groups and other similar ones. I hope you guys are seeing the benefits of having these communities of involved fathers that want to do things differently. Please feel free to comment below and share experiences and ideas on how you think a very small minority of fathers in Mexico can change a macho culture.

José is a Mexican Dad that dreams of changing the way society thinks of (and the way it lives) fatherhood in Mexico; one day at a time, one dad at a time. Mission Impossible it seems to most, but he is determined to make a dent that will eventually change his macho culture. You can follow his journey on Instagram @Urquidi and on Twitter @Urquidi as well as in www.papaintencional.com

Jose’ thank you for your insight, courage, humility and strength. Your life is flowing into a culture which is immediately influenced by your words of love and truth. You’ve dented the culture with your life and are choosing in your courageous honesty to show us all how to be vulnerable in ways that go beyond the macho “I”. In Charlottesville we are part of the same process, starting with your first step which is very insightful. Claim it. Claim your weakness and embrace it with your strength. By your example at home and then in the community your are the… Read more »

Wow, appreciate your words Robert. From what you are saying I would love to hear your comments on this post just published this last weekend: https://goodmenproject.com/featured-content/this-mexican-dad-wants-to-start-a-revolution-he-just-doesnt-know-how-yet-kpkn/

Facebook76TweetPinEmailShares76
wpDiscuz
2
0
Would love your thoughts, please comment.x
()
x
| Reply
Share this ArticleLike this article? Email it to a friend!
Email sent!