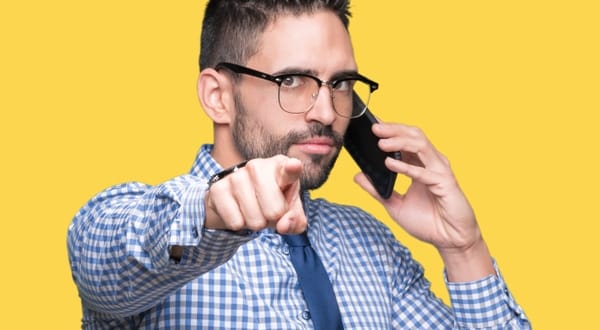 I’m channeling England Dan & John Ford Coley and the 70s with the post title. Loved the song. At any rate, “Hello, yeah, it’s been a while.”

We got the pool taken down today because even though it’s still touching the upper 80s, the sun has shifted far enough to the South that the pool doesn’t get warm enough during the day since it’s an above ground pool. It was actually more of a week-long process to get the pool drained and dry, because it takes a while to get 6,000 gallons of water out of a garden hose when you’re just letting gravity do the work. But we borrowed the pump from our new in-laws to get the last little bit out and now the pool is stored away until next season.

Our house is full again because two of our boys have moved back home. They had moved into an apartment several months ago and I was very proud of them for being able to do so. What made it even more interesting is that when these two brothers were much younger, they fought like cats and dogs. It got to where we didn’t call them by their individual names; we just said both of their names so quickly that it ran together: IanandOwen.

At any rate, money got tight for them, so they moved from the apartment to our old house at One Particular Harbor. We had sold that to a friend and he was renting it out, and those renters broke their lease, so the boys decided that place would be better than the apartment. I think their vision may have been tainted by the distance that time provides, because they ended up moving home the weekend after the wedding.

Yes, we’re in-laws again. Our oldest daughter got married September 20th 2018.  We met our new son-in-law the day he proposed to our daughter, which was sort of amusing. They had come up for Thanksgiving dinner and Austin brought us both into the office to ask for our blessing. I asked him later what his plan B was if we had said no, and he said he didn’t have one. 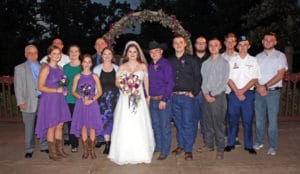 The wedding was at a beautiful venue just north of Tulsa called The Springs. The outdoor chapel overlooks Skiatook Lake and the reception hall can probably seat 300.

Diana’s side of the family made it into town, and one of our kids remarked about how long it had been since we had seen all of them. Diana responded, “Welcome to adulthood, where you only see everyone at weddings and funerals.” That’s actually pretty accurate. The last time we had all eight of my children in the same place was for my mother-in-law’s funeral in 2011. Everybody but Erica made it up to Matt’s wedding three years ago, and some of the kids have seen their Aunt Denise and Grandpa Art a couple of times. But it really has been a while since everyone was together. The last photo we have of all ten of us was taken when Abigail was just two weeks old. 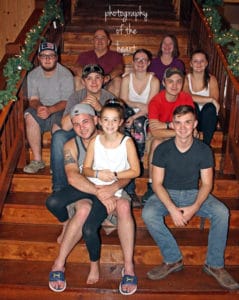 I was pretty proud of myself. I got a little weepy as we were rehearsing the ceremony, but I held it together when I walked her down the aisle for real. It was a very close call when she knelt down to make her promise to her new stepdaughter, though.

I’m not sure I was ready to see the alert about her name change on social media the first thing the next morning though.

So we have a son-in-law, another granddaughter who is a week shy of being three, and another grandchild born in April. We’re not sure which of the boys will be getting married next. Interesting times.

This is the important stuff, right? You don’t really want to hear all of the boring minutiae about our lives; you just want to know when the next book is coming out.

Turns out the answer to that question is: mid-November. I’ve got the covers back for Discoveries, and I’ll be previewing those later this week. Sign up for my newsletter and you’ll get a link to pre-order the book from Amazon when I put it up for pre-release orders.

I’m about 53,000 words into In Plain Sight. This one is going to end up a lot longer than the other Sad Girl books. I’d guess I’ll in the low-to-mid 90,000s when I’m done. Fair warning: It’s more than a little darker than the last two books. But that’s just the reality of the subject matter.

I’m trying a couple of different things when it comes to this book, too. The first will be very obvious: I’ve switched from first person to third in telling the story. There is a lot going on here, and I hemmed and hawed about how to tell the story. I finally realized I wouldn’t be able to tell it well if I just stuck to what was happening to Danny. This story has grown to involve almost a dozen main characters, and I just didn’t think there was a way for Danny to narrate things effectively.

Of course, I can’t really talk about some of the new characters until after Discoveries has been out for a while. That would give away too many important plot points in that book. Insert evil laugh.

The other thing I’m doing differently is that I’m switching over to voice typing. One of the writing groups that I visit a lot on Facebook has a not-small group of people who swear by voice typing and dictation, and lots of them swear by Dragon software by Nuance. It’s always been a fairly pricey piece of software, so I did some experimenting before actually purchasing it.

I used the voice typing feature built into Google Docs, as well as using voice typing on my Android phone. Those have generally worked, but just in a so-so manner. I find myself doing a lot of correcting, which should go away once I get Dragon properly trained. That may be the only thing holding them back from having a very competitive program. I think they’re focused more right now on having an adequate program for the Android platform than they are in having a specialized voice typing software package available. But overall I’ve been satisfied with the results of my experiment, so a couple of days ago, I purchased Dragon. I should have it in a few days, and we’ll see how things go from there.

In the long run, I think switching to voice typing is going to help me improve my production. I read posts on Facebook about people being able to dictate 3,000 or 4,000 words per hour. The biggest challenge for me though is going to be making sure those are useful words. I tend to get a little wordy when I’m talking, and I think I do a fairly good job of weeding the out when I’m writing. It’ll be a challenge for me to control that, but I think I’ll be up to it, and in the long run my writing will improve.

With Discoveries releasing in mid-November and what I’ve already written, I expect In Plain Sight to release in early March. While that’s going through my beta reader and editing, I’m going to be doing research for the next series. I’ve already got the first book generally plotted, and about 1,000 words of the opening written. Once I get the research done that I need, I should be able to cruise along on that one. The working title for the first book in the Red Dirt Justice series is Blown Away. I have a very open-ended goal of releasing that by October. Wish me luck.

A final note on the whole voice typing thing. I dictated this post into a Google doc, putting out almost 1,700 words in about an hour. That’s a pretty good writing pace for me. Can you see a difference in the tone between this and any of my other posts? Let me know in the comments.