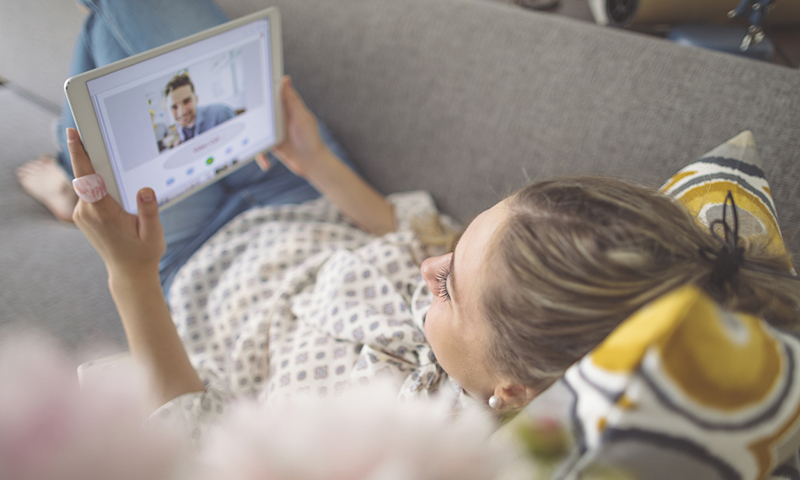 —
The thought of a long-distance relationship makes most of us uncomfortable, commitment-phobic, or not enter a relationship at all. And, why not? It doesn’t make sense, does it?

We need love and we need to feel it around us. Having someone you love by your side keeps you assured of your relationship and fosters love. Having that physical proximity is important. When you are going through a hard time in your life, you need that constant assurance from that one person who is your confidante. Your most dependable listening ear is the love of your life.

Hence, long distances, more often than not, do not work out. Not because people don’t love each other. Not because either of them gets distracted. But because there is only so much you can share over a call/video. You can’t get a hug when you need it the most. You aren’t able to share the joy and excitement of a new event in your life in person. You aren’t able to wipe away their tears, since you are not able to be with them to give them solace.

You feel helpless and end up feeling lonely.

But let me tell you a very interesting tale. Because I saw a different side of myself when I entered a long-distance relationship. I, too, believed that I wouldn’t be able to survive without having my significant other in the same city, same country, or same place.

I chose consciously to never enter a relationship where distances were involved. I was sensitive and I easily felt homesick. My home being that person.

To my utter surprise, I ended up doing exactly the opposite. I got into a relationship with a wonderful man. His profession, Marine engineering, involved long periods of separation. It also involved not being able to speak with each other for days.

When we started off, we were getting to know each other. It was something new for me, but we were not dating. We were just good friends. I liked speaking with him and took out time after work to speak with him on a daily basis. We were quite involved in each other’s lives and professions as well.

We became good friends only after he left for his sail. He and I always felt something more in our friendship. To a large extent, he was helping me and comforting me about being so far away. I, too, felt that he attributed a large part of his happiness to me. After speaking with each other for over seven months on calls/video, he finally came back.

I can never explain how I felt. Because that feeling of seeing someone you have been that close to, is priceless. Especially when you have not seen them for that long. You don’t have words. You just feel like there is something so heavy in your heart, as if it wasn’t ever beating. Because there is a sudden thud.

That is when we both realized that we liked each other a lot. We did not know, however, where we were headed. He knew that he did not want to raise my hopes about a relationship, and I didn’t know whether a long-distance relationship like this could be sustained or not.

Six months passed with us not formally dating, but being “fond” of each other. We did everything a couple would do, but just didn’t label it as such. We didn’t want to make things complicated. Perhaps he didn’t want me to suffer. He was aware that distances take a toll on people and that it just doesn’t work after a while. I, on the other hand, went into a drastic self-actualization mode.

I assessed my feelings and how strong they were. Yes—they were pretty strong. What I experienced with him, both when he was on the ship and when he was with me, was fantastic and real. More real than anything I had ever experienced. We connected at a different level. His voice and his touch both made everything better. The way he handled me and my emotions made a lot of difference. So that is all that mattered to me. I was equally important in his life. But he just never said it. Whereas I could not contain it. I let out all my fears, my inhibitions, and my love for him, in front of him.

However, all of this did not help. He had decided that he did not want us to be in a relationship. He left soon after, and while I saw him off at the airport, he took a huge part of me with him.

He was gone for six months again.

As I drove back from the airport, my life felt like the movies, with me crying out loud and missing him terribly.

Though I did not need anyone, I still had him as a friend, and he was there by my side and helped me make quite a few crucial decisions in my life. He still did not want to leave his place in my heart and I knew it.

This is when I realized that love has the power to make things better. Love is not dependent on anything but faith and the signals you send to your partner. You could be near or far. It’s how you make them feel.

We survived another six months and he came back. I was excited and in the midst of all this, we confessed how badly we needed each other in our lives. We became closer and we loved fearlessly. I did not care where it headed.

Towards the end of his stint, he again explained why he thought we could not be together. This time around, I was dejected and left him on a bitter note. Just another long-distance relationship—we were not going to end up together.

This was the third time he left and this time, I wasn’t prepared for a goodbye. I knew that he was never coming back to me again.

I moved on with work and life. I accepted a marriage proposal and informed him about my decision. He was sad and he encouraged me to go ahead with it. It was the nth hour that he called me, and asked me if I was thinking about us still. I wasn’t expecting it and I was taken aback. My first instinct told me that he was joking and I was dreaming. But it was for real!

He asked me about spending the rest of my life with him. Deep down inside, I was reminded of all the moments we had spent with each other, either in person or in spirit. He never left my mind. I had a distinct feeling of being attached to him. It was very similar to “home”.

As we discussed the pros and cons of not being with each other all the time, we both agreed that we would make it work. That we would stick like glue.

Hell yeah! We did!

We came a long way. We waited for our big day and we made it happen. I am a part of his life now, but now I also play the role of being his savior, his alter ego.

We don’t get to speak daily. It’s a struggle to even hear a “hello” sometimes. In the last four months, I celebrated my birthday, got a new job, and rang in the New Year, without him being there in person. Our love for each other grows every day. Because these distances made him realize how important my presence in his life is. We don’t get to share those hugs and kisses. But we know that when we meet, we will make up for the lost time.

I trust him with my life and he loves me immensely.

No relationship is perfect. So categorizing a particular profession or a particular situation isn’t the best thing to do. You never really know who you will fall for! It will happen when you least expect it.

Distances are a small price to pay for something so treasured. I learned the hard way. But, I can assure you, it makes me a better person every day. And definitely, so grateful.

So go ahead, and trust your love over everything else. It will counter all the odds.

Samridhi Jamwal has been working for the last five years in large multinationals. She has always loved writing but has never really pursued it full time. The topic of love and relationships has multiple opinions and views and that's what drives her towards it. You can follow her on Facebook and contact her on LinkedIn.

Facebook13kTweetPinEmailShares13k
wpDiscuz
0
0
Would love your thoughts, please comment.x
()
x
| Reply
Share this ArticleLike this article? Email it to a friend!
Email sent!