Get Daily Email
Join/Login CLOSE
Home / Featured Content / I Tried the Viral ‘One Trick to Save Your Marriage’ with my Teenage Daughter, and it Worked! 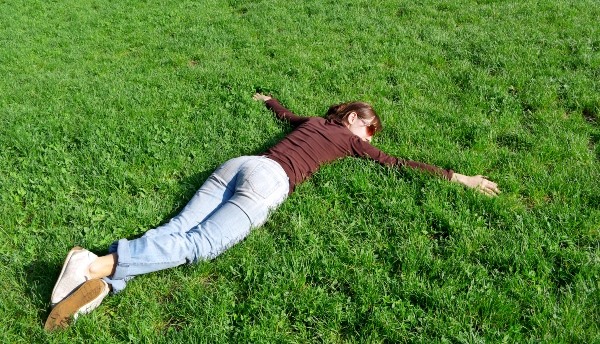 I love my daughter so much. She is nearly 15 years old and the oldest of 4 (as was I). She is super funny, really interesting and so much cooler than I could ever be. She loves reading manga, and listening to music, she is amazing at art and spends her time drawing, wood carving, clay making, and any other creative crafts she can get her hands on. She loves computer games, her favourites being Zelda Breath of the Wild and Animal Crossing. She has never been to school. She is super wise and so very caring. She loves looking into personality types to learn more about her friends. She is naturally good at sports and a strong rock climber. The list could go on forever, I love her very much, and I have no problem saying she is an amazing friend as well as a daughter — Yes, you can be friends with your children!

One thing she is also really good at is arguing, and in particular, knowing how to push my buttons, as I do hers. You see we are very similar in many ways. One of the similarities that isn’t so helpful, is our reactions when we are both feeling angry. It is like two volcanoes erupting at once, or if you are an ‘Avatar the Last Airbender’ fan, a great agni kai! Flames are thrown.

I am aware as the parent, the responsibility is firmly on my shoulders, and although we rarely fight and argue, the ideal is that I stay as calm as possible . . . but sometimes I do fail, I am only human after all, failing is in our makeup. I myself grew up in a very, very volatile home environment, so I am having to work really very hard to not ‘react’.

So, recently on my continuous self-development mission as a person and a parent, I came across a rather interesting piece of advice that stood out for me. I have since noticed a video with this advice becoming ‘viral’ on social media, which can only be a good thing and is actually one of the main reasons that keeps me hanging on with some social media — the good it can do.

The video starts with the line ‘this one trick saved my marriage’ . . . I was instantly hooked.

I’m not going to lie, I will also be using this one for my marriage, it just so happens that it was my teenager and I that had the first fight after I learnt this new technique.

So let’s get to it. What is this trick I hear you ask?

The next time you are arguing with a loved one, whether your teenager or your spouse, here is what you are going to do . . . You both lie down on your tummies facing each other.

Yep, you heard me. In your fire and rage, stop, and lie down facing each other.

Something magical then happens.

You cannot argue anymore . . . It is impossible.

I don’t know if it is the ridiculousness of the situation and how you look, or if it is a deeper evolutionary cause i.e you are vulnerable when lying down, but whatever the reason it stops arguing dead in its tracks!

I lay there, looking at my daughter’s little face. After we had stopped crying with laughter, I realised that this is not what I want. I don’t want to argue, I don’t care about ‘winning’ a fight. I love her, I don’t want to damage our relationship. I just want her to try and understand my point of view, and to understand hers, and that is all she wants. The same applies in marriage.

We looked into each other’s eyes and talked for a while. We stood back up, had a hug, and agreed to keep talking about it some more in the future, to try and understand each other better. It became a wonderful experience that I think we will both remember.

So, the next time you are having an argument, and the heat is rising, get down!

It is one of the best things you will ever do!