Get Daily Email
Join/Login CLOSE
Home / Featured Content / If You Want to Change the World, Start with Yourself 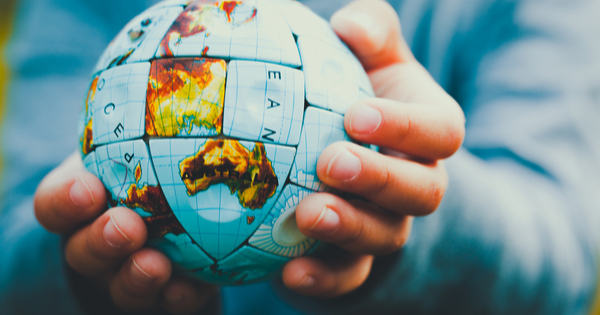 I was watching a Jordan Peterson interview the other day when the interviewer had asked the audience if they had any questions; of course, there was many — but the microphone went to a young lady who seemed to ask him why he thinks he is right, when clearly in her mind he was wrong. She said it in a condescending and patronizing way too, which was a bit annoying to watch.

Nevertheless, in true Jordan Peterson style, he said quietly and calmly to her,

People who haven’t got their own affairs in order should be very, very careful about going around trying to change the world.

Of course, he could have said a lot worse to her, but she was young, and I expect wholly inexperienced in a heated debate. So, this was his answer, and I’d have to agree with him. He didn’t know her of course, or anything about her, but show me a young person that has their affairs in order? In my experience, it’s in our thirties when life starts to come together and make a bit more sense.

But I’d like to examine this more deeply, the whole entire concept of fixing your own life first before trying to fix those of others. It’s something I had to learn very harshly, and at the expense of my own sanity — sometimes I’ve had to watch people self-destruct and know there was nothing I could do about it. If you’ve worked with people for as long as I have then you’ll know that the only person they can fix is themselves. It’s why there’s a lot of weight in the saying,

People rarely change. Ideas change, political sways change, but for the most part, the way in which you approach and interact with situations never changes, because you aren’t actually aware of it. If this idea confuses you then think that you may have changed your friend circle entirely over the last two years; yet the way you interacted and infiltrated your new friends was exactly in the same way as you did your last. It’s your actions that really matter — words, for the most part, are meaningless, unless acted upon.

The main part of the entire process is being aware of how you interact with the world and is it a positive, or negative influence; usually a counselor will help you do this; being self-aware isn’t something that you just happen on. The way our society is constructed self-awareness is something that you have to work hard to achieve. Our entire system is set in a way to make you think that you shouldn’t be as you are. Think of the last product you wanted to buy because you didn’t feel complete without it. Clever marketing tells you that you have a problem and their product will fix it — when generally, and most of the time you don’t need it.

When you’re more self-aware then you’re faced with a choice. Do something about it, or not.

And believe me — I’ve met people that have been happy to continue as they are. But I don’t blame them, some of the barriers they face to achieve their goals are so steep, only a mountain of self-encouragement can move it. Sometimes actions to remove those barriers are so hard that I wouldn’t blame them if they continued as they were. I’ve been through it myself; the journey is perilous, and sometimes it can have you facing the noose. Yes, there was a time in my life when I was so upset about it that I was close to walking into a noose. Alas, luckily, I didn’t go through with it.

It’s VERY hard, change. That’s why Psychiatric hospitals have safety precautions all over. Railings that come loose whenever the slightest of pressure is exerted. Every locked door can be unlocked, windows that can’t be opened fully — the list goes on. And that’s because despair can make taking the quick route out look better than facing the barriers that lay stiffly in front of us.

That’s why people are so focused on everyone else right now. That’s why everyone is looking to judge and to point fingers at each other. Because it’s incredibly hard to focus on ourselves.

It’s so much easier to point out where everything is wrong in the world than to point out where we are going wrong ourselves. I mean we probably know deep down that something isn’t right, but we either don’t know how to change it, or the effort that it takes to change that feeling scares us. So that unhappiness is projected out in the world and onto other people. The world we see is like a mirror to our soul. We view the world in how we feel inside.

But I’m not pointing the finger at anyone. No way. Who would I be to judge when I was in the exact same position myself just over a decade ago? I’d seen and done some pretty dicey stuff and hated myself to the core for it. And in true “me” fashion I projected that hatred onto other people, and thus lost myself a good few friends in the process. But you live and learn and grow!

So, Jordan Peterson was right. What kind of world are you trying to create when the one you are living in isn’t set up properly? And even more importantly, how will you know what a healthy world is like when yours isn’t sorted yet?

Some deeper questions for you! 🙂