Get Daily Email
Join/Login CLOSE
Home / Featured Content / I’m Not Surprised by Liam Neeson’s Desire to Avenge a White Woman by Killing a Black Man….and Neither Should You. 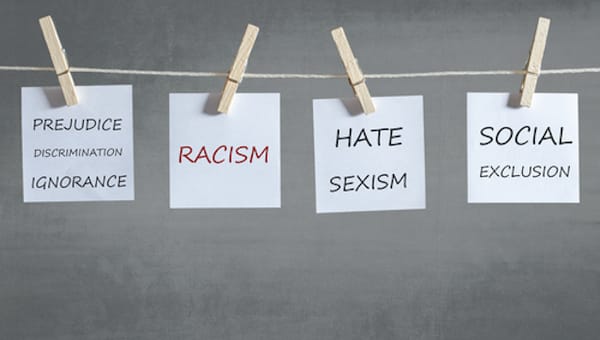 I’m not surprised one bit by Liam Neeson’s desire to avenge the rape of a white woman by killing “any” black man… And neither should you.

You read that correctly.

Liam Neeson, while speaking about his character in this year’s Cold Pursuit in a new interview, revealed a striking real-life event that he says taught him a lesson about anger and revenge.

Speaking with Clémence Michallon for The Independent, Neeson recounted his response to learning of the rape of “someone close to him many years ago” for the first time.

“She handled the situation of the rape in the most extraordinary way,” said Neeson, who was being interviewed alongside Cold Pursuit co-star Tom Bateman. “But my immediate reaction was…I asked, did she know who it was? ‘No.’ What color were they? She said it was a black person.”

From there, Neeson said, he spent “maybe a week” going out at night with a bludgeon of some sort under the pretense of taking a walk. His actual intentions, however, were to enact what he felt was revenge:

“I went up and down areas with a cosh, hoping I’d be approached by somebody—I’m ashamed to say that—and I did it for maybe a week, hoping some [Neeson gestures air quotes with his fingers] ‘black bastard’ would come out of a pub and have a go at me about something, you know? So that I could,” another pause, “kill him.”

Neeson noted how awful this is, adding that he “did learn a lesson” from his reaction. “It was horrible, horrible, when I think back, that I did that,” he said. “And I’ve never admitted that, and I’m saying it to a journalist. God forbid.”

Read the full interview, which also includes comments from Neeson on violence in cinema, here.

These are the bitter fruits of the false narrative planted long ago, that have always been used by white supremacists both in Europe and the Americas as an excuse to brutalize black people.

It should surprise no one.

A perfect storm of toxic masculine posturing, the fetishization of black men as a threat to “white purity” and the objectification of women as possessions.

It was the same narrative that saw Emmett Till tortured and murdered in Mississippi in 1955 for being accused of “whistling” at a white woman.

60 years later, Dylann Roof, the shooter who murdered nine people at the Emanuel AME Church in Charleston, reportedly shouted before gunning them down “you rape our women, and you’re taking over our country, and you have to go”.

Neeson crucially didn’t act on his impulses and at least was ashamed.

He doesn’t get to become a hero for it. But it can be instructive in breaking this cycle.

What does Liam Neeson’s desire to avenge a white woman raped by a black man tell us?

What lessons can we glean from this?

At the crux of this story is a conversation about re-examining traditional male gender performance.

This is why The Good Men Project exists.

When anger is the only acceptable peer and social response for men?

This is when tragic events multiply.

Rape and sexual assault are horrible acts regardless who perpetrator is. But would Liam go looking for revenge by killing a white man?

The need to seek revenge as a coping mechanism becomes the focus, instead of empathy and care for the survivor.

If the only tool you have is a hammer, everything tends to look like a nail.

In my recent article about Covington High and the roles both gender and race played there – I cited a study that’s even truer in this instance.

Scholars have used the term toxic masculinity to refer to old, stereotypically masculine gender roles restrict the kinds of emotions for boys and men to express, including social expectations that men seek to be dominant (the “alpha male“) and limit their emotional range primarily to expressions of anger.

But, there is a steep price society and individuals pay for expressing this type of masculinity.

Another lesson is Black folks don’t get the courtesy of being seen as individuals in our society, and the narrative is always as “other” while White Men, in particular, are the default “human”.

How can I make this claim? Racial profiling by the police is unconstitutional but it’s still in practice Not down south, but the liberal bastion of my old hometown, the “sanctuary city” New York City.

Neeson didn’t want the perpetrator. Any black man would do. It’s what he’s been taught. It’s what society is currently teaching.

In this paper — Gendered Media: The Influence of Media on Views of Gender by Julia T. Wood she points to media as one of the most powerful influences of how children see themselves and others. The same case is made for race.

Women aren’t extensions of male family members or loved ones. And Neeson’s reaction of twisted chivalry is self-serving at best.

What if he’d gotten his wish?

Some white man needed closure, so a black man must die.

This is the Sum of all Fears for the parents and caregivers of Black Boys.

It’s always been this way.

Our image as a people is perpetuated in all media are rife with negative stereotypes, which is why controlling our own narratives is crucial in changing minds and hearts as counter-programming to the white supremacist message that currently dominates western societies and indoctrinates our children.

Not acknowledging this thinking exists, faking surprise and false pearl-clutching does nothing. Only looking at individuals like Neeson, instead of shared societal culpability is why this thinking persists.

Looking for excuses or extenuating circumstances to forgive white men and boys you like for this kind of thinking or sexist, racist behavior is why so little gets accomplished.

It makes you part of the problem.