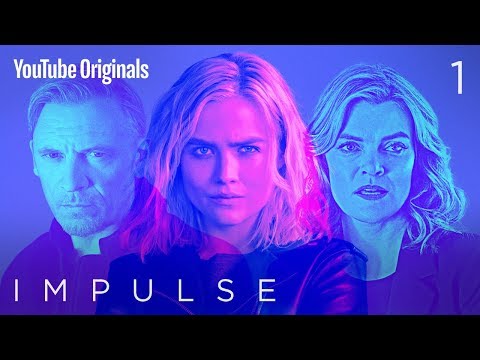 Of all my films, “JUMPER” I felt I didn’t get right. I had to grow more as a director.  I’m a disrupter. My ambition for disrupting the superhero genre wasn’t big enough. It got bigger when I met my writing partner Lauren, it got WAY bigger when we cast Maddie. – Director Doug Liman

IMPULSE returned with an all new 10-episode season on October 16. Maddie Hasson stars as Henrietta “Henry” Coles, a rebellious 17-year-old girl who has always felt different from her peers and longs to escape from her seemingly quaint small town.

During a traumatic event, Henry discovers she has the extraordinary ability to teleport, and her newfound power confirms Henry’s conviction that she really was different from everybody else — but it now makes her the focus of those who want to control her. Missi Pyle stars as Henry’s mother, Cleo Coles. 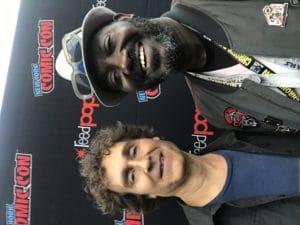 Fans without YouTube Premium can binge watch the entire first season on the IMPULSE channel on YouTube now and watch new episodes of season 2 for free as they premiere each week, in each case for a limited time.  Premium members will have ad-free access to all episodes at once right now to binge!

I had the opportunity to sit down with the show’s director Doug Liman (JUMPER, THE BOURNE IDENTITY) Showrunner and Writer Lauren LeFranc (Agents of S.H.I.E.L.D) stars Missi Pyle (DODGEBALL, GALAXY QUEST) Callum Keith Rennie (JESSICA JONES, THE MAN IN THE HIGH CASTLE, BATTLESTAR GALACTICA) and Maddie Hasson (GOD BLESS AMERICA, TWISTED) at New York Comic Con to discuss what makes “IMPULSE” such a unique, truthful episodic drama first, with a generous helping of superhero action adventure on the side.

Show runner and writer Lauren LeFranc has this to say about her show-  “It’s been a real gift for me to work with Doug, we’ve had a lot of fun together and I’ve gotten to see how he works, and what he brings in terms of the tone and scenery. How Henry’s powers work and that they’re very grounded, violent & chaotic. It was truly inspiring for me to try and create a very different kind of genre show.

We wanted to make it organic and honest and Doug set a really nice visual tone for that, and in the way he wanted to portray Henry.”

watch the full round table interview below:

“We’re not a traditional kind of superhero show. If this happened to you, would you love it all of a sudden? Would you want to go out and save the world? Probably not.”- Showrunner & Writer Lauren LeFranc

She (Henry) is trying to come to terms with her powers this season, with the help of Callum, we get to see a couple of tiumphant moments, to achive this however, she’s first got to come to terms with what happened to her, the assault, and this trauma that keeps coming at her, and it’s rocky. Maddie Hasson “Henry Coles”

Missi Pyle, who plays Henry’s Mom Cleo, talked about how her charachter has changed in season two. “She’s been shot. She has to recover from that injury emotionally, psychically, when something like that happens to you, you reevaluate everything. She’s trying so hard to become a better parent to her daughter, it eventually starts working against her. 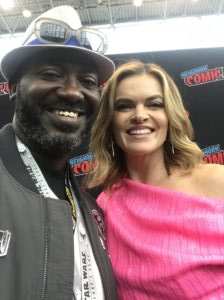 I found Maddie Hanson’s answer when asked what first drew her to Henry, was very interesting.

“I loved how real and raw she (Henry) was. (The Producers and Director) never tried to put her into a stereotypical “young adult female mold”, it was sort of like her being a whole person, which unfortunatley is not common in Hollywood with female characters. But, I think it’s becoming more common, I think that’s where its going, but that’s what I liked.”

she also sighted the #metoo movement as a catalyst for the way both female characterizations and the tackling of sensitive subject matter are being portrayed in Hollywood. 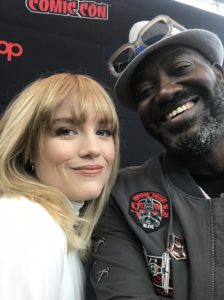 “What I saw was great drama, great writing I’d forget the teleportation and the Sci-Fi element that pulls you in as well.”

It’s definitely worth your time to watch the full interview embedded below:

It’s not only an amazingly well written and realized universe, it’s authentic voice about surviving trauma by finding power within ourselves is resonating with audiences.

You. Should. Be. Watching.

I’ll have my full review of season 2 in an upcoming #allthingsgeek!

Catch up with season 1 HERE