Get Daily Email
Join/Login CLOSE
Home / Featured Content / In the Name of the People: The Annual Report on the Death Penalty in Egypt 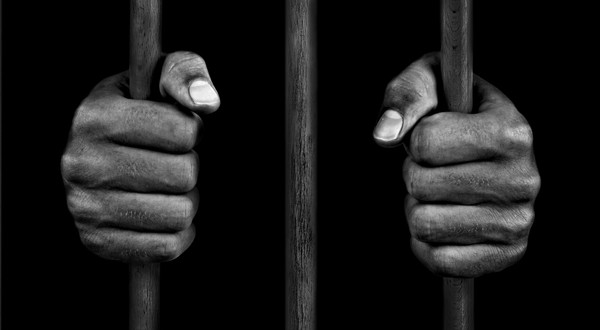 —
Today the Egyptian Initiative for Personal Rights and the Adalah Center for Rights and Freedoms issued a joint report titled “In the Name of the People,” the second annual report on the death penalty in Egypt, covering the period from January to December 2018.

The report reviews and documents death sentences issued in Egypt throughout 2018 and attempts to analyze patterns of handing down death sentences verdicts by Egyptian courts, tracking quantitative and qualitative shifts in the application of the death penalty—the maximum penalty in criminal law and the only irreversible penalty. The report is divided into two parts: the first part reviews death sentence verdicts issued in 2018; the second part details rights violations of defendants sentenced to death during prosecution and trial and post-decision, on death rowand during execution. These violations raise serious doubts about the integrity of the investigations and trial procedures that end in death sentences for defendants.

Part two investigates rights violations experienced by defendants sentenced to death during prosecution and trial, dividing these violations into six types: enforced disappearance, torture and other forms of cruel and degrading treatment, violations of the right of defense, the court’s excessive reliance on anonymously sourced police investigation reports, and the filming and the broadcasting of defendants’ confessions before and during trial, and even after the handing down of death sentences. Finally this section also looks at violations after sentencing, while the condemned prisoners are awaiting execution and during execution. According to our count, 65 people were on death row awaiting execution in 2018. While this report was in production, the authorities executed 15 people in 3 cases and accepted the petition of two defendants to reduce the sentence in a military case in February 2019.

Based on the data analysis conducted by the research team since 2017, there has been a notable increase in the recourse to the death penalty, and this increase continued in 2018. Death sentences in both political as well as ordinary criminal cases increased last year, but 2018 saw a particularly steep rise in ordinary criminal cases unrelated to crimes or charges of terrorism, or crimes and charges classified in the penal code as crimes doing harm to government or state security internally or externally, or other cases that have a political nature. This upward trend was matched by another, more worrying trend, of the Cassation Court, the highest civilian court in the country, increasingly upholding death sentences. This suggests that courts are abandoning their historically cautious position on the death penalty, and, based on our analysis of 2018 data, that this increasingly less cautiousapproach to the application of anirreversible penalty has extended to all parts of the criminal justice system.

The report makes the following recommendations:
Issue an immediate moratorium on the death sentence, even temporary, to allow a societal debate on abolition, in line with the Egyptian government’s proposal made during voting on the death penalty in the 36th session of the UN Human Rights Council (6th amendment, L41).

Sign and ratify the second optional protocol to the International Covenant on Civil and Political Rights aiming at the abolition of the death penalty.

Sign and ratify the optional protocol to the International Convention against Torture and Other Cruel, Inhuman, or Degrading Treatment or Punishment.

The Egyptian government should fulfill its obligations toward the Convention against Torture, which it has signed and Article 2(1) of which states, “Each State Party shall take effective legislative, administrative, judicial or other measures to prevent acts of torture in any territory under its jurisdiction.” The Egyptian government must therefore take action to adopt a dedicated law that criminalizes torture.

Sign and ratify the International Convention on the Protection of All Persons from Enforced Disappearance.

The parliament should review the Penal Code and laws on terrorism, military sentences, and drug crimes to reduce the number of crimes that carry the death penalty. Such a penalty should only be used for the most serious crimes and within the narrowest scope. The law on critical facilities should also be amended to disallow the referral of defendants charged in crimes that carry the death penalty to any exceptional or military tribunal for any reason.

Review the Code of Criminal Procedure to plug loopholes that allow the violation of defendants’ rights and the right of defense and to make it consistent with the Egyptian constitution. We specifically demand the amendment of Article 124, which gives interrogators the right to begin questioning suspects immediately absent a lawyer in cases of crimes caught in the act or due to fears of the loss of evidence. We demand that defendants facing a charge carrying the death penalty be entitled to competent legal services and to have the right to choose their attorney.

In their judgments and sentencing, the judicial authorities should not rely on police investigation reports unless they are supported by irrefutable evidence and not merely desk reports. Investigating bodies should be required to refer defendants to a forensic pathologist if they allege torture or any external injuries are apparent on their bodies during questioning. , timely and questioning of the responsible parties should ensue.. Defendants’ allegations of enforced disappearance and unlawful detention should also be investigated.

Release and make available the annual reports of the Dar el Ifta’ in regard to the Grand Mufti’s opinions on the death penalty; such reports have not been published since 2012.

Finally, the Interior Ministry should refrain from publishing videos of defendants filmed during questioning, which constitutes a basic violation of the right to a fair trial and the presumption of innocence.

This post was previously published on www.eipr.org and is republished here under a Creative Commons license CC BY-ND 3.0.
—
—