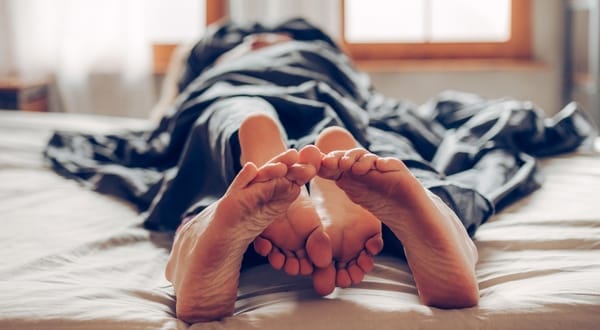 —
This piece is somewhat heteronormative, that was done as the vast majority of people who self-identify under this term seem to be heterosexual.

“Incels” a self-described label used by men who feel that they are involuntarily celibate have entered the news recently because of the despicable and awful actions of a man, who will remained unnamed as I do not men like this to become notorious, in Toronto who killed 10 people. He was a self-described “incel” and it appears that may have motivated this attack. The terrorist posted ten minutes before the attack, “The Incel Rebellion has already begun!” as reported by CNN. It seems relatively clear from this to me that this was a primary motivating factor for him. This is not even the first terrorist attack motivated by this. There was another one in Santa Barbara in 2014. There is an entire online subculture that believes in this kind of thing that I refuse to link to where many members cheered on both of these terrorists. Many, although not all members of these communities, feel that men are being systematically discriminated and denied sex, because they feel women are exclusively attracted to hyper-masculine muscular men and that this is a form of discrimination against them.

All views like this are rooted in a form of toxic masculinity. These men have tied their entire idea of manhood, and as such their personhood, into sex. Since they feel that sex is an essential component of the male identity, they feel that as men they should be entitled to receive sex. This kind of thought process is shockingly prevalent in my experience and contributes to misogyny, rape culture, and many of the emotional issues men suffer from. Those emotional issues are also tied up in this as many of these men are deeply lonely and insecure. This form of toxic masculinity promoted by many of these communities does not allow for healthy ways to express this loneliness, to work on this insecurity, to take steps for emotional self improvement. The kind of acts that could help these men: sensitivity, openness, therapy, self-reflection, in toxic masculinity are seen as feminine and as such undesirable. This allows for this resentment and entitlement to ferment and now in multiple cases result in violence and death.

The fact that communities like this exist that advocate for violence, for rape, for acid attacks, is disturbing. That is why I was particularly disappointed when I read Ross Douthat’s opinion piece in The New York Times entitled, “The Redistribution of Sex.” You can tell from this title that he is following an argument in favor of the idea that there is something awry about the way sex is distributed. I am going to do my best to summarize his argument in the most generous form combining what he states in this opinion piece combined with a tweetstorm he made “restating the argument.” Although I do not think he actually restated the argument and instead made a second related argument if we are talking technically.

Argument summarized to the best of my ability:

It is important for me to note that the author does not specifically cite violent revolution, but it is important to remember that the recent terrorist used the phrase “rebellion”, and the Santa Barbara attack was cheered on as a “revolution” by these communities online.

This is an inherently flawed argument for several reasons. Let’s begin with the first three premises, that center around the sexual revolution. The institution of a “new heirachy” inherently implies the existence of an old heirachy. Yet, for unknown reasons these attacks are a modern phenoma. Focusing purely on the changing heirachy does not contribute any explanatory power to why this is such a modern phenomena. Is it not wrong, but it is meaningless.

My second problem relates to his claim that there is a fundamental decrease in the ability of the sexes to relate. In order to support this claim he uses the evidence of falling marriage rates, and a decrease in sexual activity. I am not convinced that those pieces of evidence in any meaningful way show what he is trying to claim. There is relatively good evidence, that the change in marriage rates can at least in large part be explained by changing socioeconomics conditions. Namely, young people are reaching financial stability at a later age and as such marriage is being delayed until that point. The decrease in sexual activity is likely a side-effect of the decrease in marriage rates. Namely sexual activity is significantly more common in stable relationships, and as such without those relationships total amount of sexual activity declines.

The third issue I have is the claim that sex is promoted as the ultimate goal in society. If anything, and the author admits this, this has been decreased in recent years. As such it fails to contribute any explanatory power to the more recent emergence of this phenomena. Again it is not wrong, it is just meaningless in allowing for this to be better understood.

The fourth issue I have is the claim that if people are kept from some “ultimate good” they will eventually seek recourse in revolution. Even if this is accurate, that does not make any form of revolution necessarily moral. Explaining why someone does something does not inherently make that thing okay. The author is aware of this claiming in this piece that he sees the potential commercial and technological revolution to this as “bad.” As such again we are left at a point that provides no additional explanatory power.

As such I feel purely on a philosophical assessment of his argument it fails to contribute any explanatory power to the current phenomena, and lacks appropriate intellectual rigor. It is also odd to see such philosophical detachment from an issue when there are literal people dying. This is not a thought experiment. There are literally men being motivated by the factors explained who are actively committing atrocities. There are women who now live in fear, knowing that there are entire online communities plotting violence. Ignoring that reality when discussing this is dangerous.

Toxic masculinity like this is a difficult, but not intractable problem. There are several steps that I believe need to be taken to start trying to help correct this problem. One, men from a very early age need to be taught to view women as people. Not objects, but equal beings (often better if I’m being quite honest) with moral judgement, agency, and intelligence. My hope is that once men truly see women as equals with their own agency it will allow for an expansion of platonic male-female relationships, which will hopefully help men continue to challenge misogyny, rape culture, and toxic masculinity when it comes up. Secondly, male-male relationships need to become more open. Men, especially in America will often have friends who know very little about them internally. They hide their struggles, their fears, their hopes. More openness in male-male relationships like this will allow for men to realize many of their insecurities, many of their flaws, many of their fears, are not unique, and that others share them. Finally, misogyny of any sort cannot be tolerated. It must be called out, and treated as a serious offense, not to be waved away as just a “joke.”

I was a “late bloomer.” I did not have my first kiss until I was 19. I am speaking as someone who can understand the loneliness and the insecurity. I am speaking as someone who intimately knows the sting of rejection. However, when I was graduating High School and realized I was suffering from social anxiety I sought help, including therapy. After my first relationship when I realized I had been acting in ways that were unhealthy I started reading about healthy relationships so that I could improve myself. When I realized I was still missing social cues and messing up small talk, I bought books and worked on improving that part of myself. If you are someone who feels that frustration, who feels that rejection, who feels that insecurity, I am speaking to you and saying that you have the option to improve yourself. It is not easy, and you will have setbacks, failures, and moments that crush you. However, it is possible to improve yourself and work through things. No one owes you anything, and that includes sex. However, if you work on improving yourself, treating others with respect, and living as a good person, it is much more likely that you will become sexually desired.

My thoughts go out to the victims and the families of these atrocious attacks.

He writes for fun and to explore interesting ideas.

Facebook133TweetPin3Email1Shares137
wpDiscuz
Share this ArticleLike this article? Email it to a friend!
Email sent!