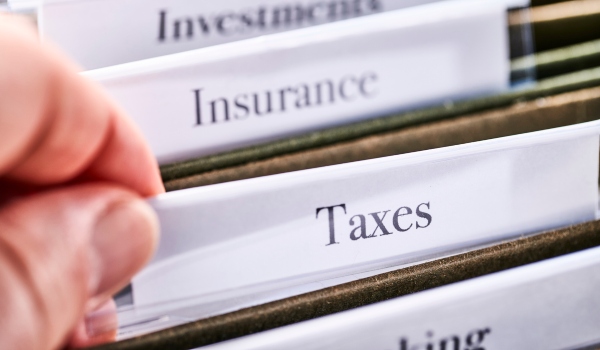 Indonesia is the world’s tenth largest economy in terms of purchasing power parity, and a member of the G20. But the country has been experiencing a growth slowdown since 2012.

Indonesia’s economic growth has been stagnant for the past few years at 5%.

If the draft tax law is approved by the Indonesian parliament, individuals and businesses will be affected by at least six important changes.

1. Income tax for investment gains (dividends) at home and abroad would be abolished

This only applies if the dividends gained are reinvested again within Indonesia. It can take the form of business expansions, improvements to production capacity, and the recruitment of skilled workers to boost production output.

For investors, this is good news as their investment profits are no longer subject to any income tax.

2. Indonesian citizens living overseas for more than 183 would no longer be taxpayers

The new law specifies all Indonesian citizens that stay in foreign countries for longer than 183 days and have legally become taxpayers in that country, will no longer be a taxpayer for Indonesia.

This is because the new law overhauls Indonesia’s tax regime into a territorial one, which is usually applied by industrial nations. Currently, Indonesia implements a worlwide tax system that allows the government to tax its citizens wherever they are.

3. Sanction would be reduced for inaccurate tax reports

Sanctions will be eased for taxpayers who have misstated information in their tax filing because they pay less than they are required.

The current penalty is 2% per month of the amount of unpaid taxes. The new regulation will calculate the penalty percentage every month following the market interest rate. It will add 5% and divide that by 12 months.

As an example, at the moment the market rates hover around 6%. The sanction would then be calculated as 6% plus 5%, divided by 12 months – which is around 0.91%, much smaller than the previous 2%.

The government will also reduce fines for taxpayers who either don’t file their tax reports or don’t report them on time. The fines will be lowered to 1% from the previous 2%.

4. Tax exemptions would be introduced for businesses

Indonesia doesn’t have any laws that regulate tax incentives for businesses that perform CSR (corporate social responsibility) activities. In other countries, businesses that do so receive tax cuts. The new law would make this possible in Indonesia.

For instance, when corporations, through their foundations, support activities related to culture and arts in Indonesia, they are entitled to tax cuts on operations conducted by those companies.

These exemptions can also be given to businesses that are not required to pay taxes, which in Indonesian law are those with revenues under US$340,000 per fiscal year.

The government hopes this plan can motivate entrepreneurs to file their tax returns, as nearly 60% of Indonesian businesses are not yet registered as taxpaying entities.

Data from the Central Statistics Agency show there were around 8 million enterpreneurs in Indonesia in 2017. The number amounts to around 3.1% of the total population which at that time reached 225 million.

Indonesia’s ratio between entrepreneurs and the total population still lags far behind neighbouring countries Singapore (around 7%), Malaysia (around 6%), and Thailand (around 5%).

5. The new tax law is better structured and well-regulated

The presence of many laws containing similar provisions has made it difficult for foreign investors to understand Indonesia’s tax system. This has often caused them to invest their capital elsewhere.

The new law will mean regulations involving taxation will be streamlined and made much clearer, as the law is planned to encompass all other tax laws.

The draft law will be discussed in line with the revision of the Value Added Tax Law, the Income Tax Law, and the General Provisions of Taxation Procedures Law. These laws also govern tax in Indonesia.

6. There would be new regulations for digital businesses

Taxation related to digital activities isn’t specifically regulated in Indonesia. This will be more clearly defined with the new law, as it expands the definition of taxpaying businesses for not only those that have a physical presence, but also for those that accrue economic gains from Indonesian consumers.

The previous law on tax only targeted businesses with offices in Indonesia. This resulted in controversial tax calculations for companies such as Google and Facebook, which do not have their headquarters in Indonesia.

The government, along with the parliament, needs to hand in hand ensure the new law will be in sync with existing tax regulations.

We will see how far the government and parliament can maintain a positive economic momentum in the midst of a global economic slowdown. This overhaul of Indonesia’s tax system is an attempt to do so by reflecting on contemporary conditions and creating a more just economy.