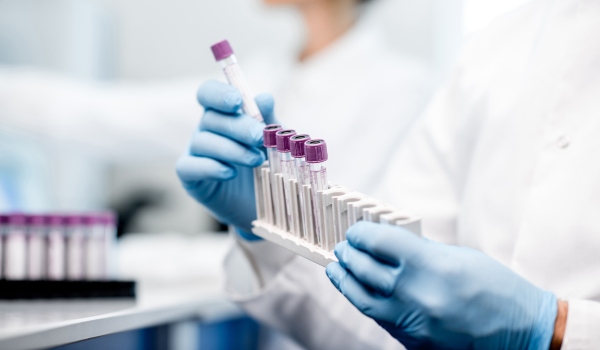 Scholars are urging the government to dampen the potential negative effects of Indonesia’s recently issued science and technology law. They suggest renewing government regulations on foreign research permits and streamlining the process through an integrated online permit system.

The 2019 law on science and technology can potentially deter foreign researchers to do research in Indonesia, stifling international research. This is due to the introduction of fines and prison sentences, particularly considering complicated red tape is still prevalent in Indonesia.

Chairil Abdini, a lecturer in public policy at Universitas Indonesia, argues that the signing of new lower-level laws can dampen the damage the new science law may cause.

“What we can do now is renew our governmental regulation on attaining foreign research permits to make the process simpler and stronger in terms of legal certainty,” he said.

Berry Juliandi, secretary-general of the Indonesian Young Academy of Sciences (ALMI), also urges the government to create an integrated digital platform that connects the agencies that regulate research in Indonesia.

“If we insist on implementing sanctions, the least we can do is to make the permit application process less intimidating so that researchers have no reason to violate it in the first place,” he said.

Chairil says that even before sanctions in the new law were implemented, problems of red tape have long existed when it comes to obtaining foreign research permits.

“Too often I receive complaints from my colleagues abroad that processing the required permits for research in Indonesia is a daunting task. In the end, a lot of them just decide to come here piggybacking on a tourist visa,” he said.

A high-profile case involving researchers from the University of Copenhagen who studied the Bajau people in Sulawesi illustrates the difficulties.

Melissa Illardo, the first author of the paper, says her team obtained the required permits and ethical clearance from authorities. Only after her team’s paper received worldwide attention were they informed their research sample transfer document was wrongly processed and lacked additional clearance.

Whether the team is really at fault is still debated, but it indicates a lack of certainty in Indonesia’s research permit management and bad communication between regulatory institutions.

“I am still quite sad about how everything happened because I love Indonesia, I love the Bajau, and I would never have intentionally done anything to compromise the integrity of my research,” Illardo told us.

Upon obtaining a research visa and arriving in Indonesia, researchers have to personally visit up to 10 different agencies in a step-by-step procedure. Each agency takes up to four days on average to process the required paperwork.

In the past, this has caused headaches for international researchers who wanted to study time-critical phenomena, such as last year’s tsunami in Sulawesi.

Amid these conditions, Berry says the government’s implementation of sanctions is an attempt to solve a problem without first understanding what it is.

“It’s as if we’re told to reduce the use of cars while a comfortable mode of public transportation doesn’t exist,” he said.

Resending a message of open arms

Berry argues that modernising the permit management system can make applying for a foreign research permit less intimidating, without dialling back on the rigorous standards required to protect natural assets.

“Regulators and stakeholders that require data from a foreign researcher should create an integrated permit system,” he said.

He criticises the fact that foreign researchers have to submit many papers containing mostly the same information to a number of different agencies and end up with a handful of different permit papers.

An integrated digital platform can solve this problem, as there would be no repeating data requests and researchers don’t have to hand deliver papers to many different agencies.

“After all regulatory agencies have approved the researcher’s request, the system then generates a single document, which is the research permit. This single permit represents the approval of all agencies,” he said.

“With this system, I think researchers would be more willing to go through the process. For those who still violate the process, then they deserve to be punished.”

Although the final version of the law still retains prison sentences for the more severe violations, the punishment for merely conducting research without a permit has been reduced to fines and a blacklist ban for up to five years.

Muhammad Dimyati, Director-General at the Ministry of Research, Technology, and Higher Education, says the government has been involved in dialogue with foreign research institutions to clarify the misunderstandings caused by an earlier draft of the law.

“During a discussion a while ago, colleagues from the Massachusetts Institute of Technology relayed their concerns to us about the prison sentences contained in the law,” he said.

“After being explained about the correct version of the law, they were surprised that the draft they read wasn’t the same as the version that was signed into law.”

The law itself replaces a 2002 law on national research and development. It added a host of changes, including the establishment of a national research agency, regulations for science funding, and incentives to invest in research.

Another theme in the law that the government heavily champions is tackling biopiracy – the theft of Indonesia’s biodiversity.

Dimyati strongly supported sanctions against those who take samples abroad without a materials transfer agreement (MTA), a contract regulating the shipment of research samples.

“We are a great country rich in biodiversity. To protect it, we want to work with foreign scientists, but in a way that’s fair and equal,” he said.

The Indonesian Institute of Sciences has recorded a number of clashes between authorities and foreign scientists over research samples. Among them is a French scientist who tried to smuggle a rare butterfly species out of Papua in 2017.

Berry argues, however, that softening sanctions does not solve the root of the problem. He remains firm that the government should do so by cutting its notorious red tape.

“Yes, [the intention of the science law] is good, but [sanctions] send a bad signal to foreign scientists and research institutions,” he said.

Responding to Berry’s suggestion of an integrated online permit system, Dimyati said the Ministry of Research is working on increasing coordination between agencies.

“We are holding discussions with teams from different institutions. Let’s hope that the talks can be finished soon,” he said.

Unfortunately, for a country rich in natural biodiversity, balancing the need between protecting its assets and providing an open atmosphere for collaboration will always be tricky.

“Countries with rich biodiversity tend to have complicated research permit systems, so there’s not really any role model that we can take inspiration from to improve,” he said. “Fortunately, that means Indonesia can be a pioneer.”

EDITOR’S NOTE: The previous version misstated a quote given by one of our interviewees. We’ve revised it to include the correct quote.