Get Daily Email
Join/Login CLOSE
Home / Featured Content / Is That a Dipstick in Your Pocket (Or Are You Just Happy to See Me?) 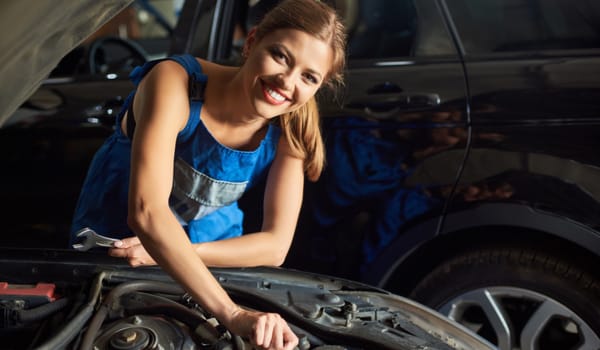 There’s no way around it, you need a car – ideally, one that runs faster than you do. But anything that moves forward will do.

– Cameron Tuttle, The Bad Girl’s Guide to the Open Road

Sometimes you just have to hit the road. Last year, I went on an epic three-month road trip with my retriever, Sadie. We drove from Vancouver Island all the way down the coast to San Diego then headed east. We had a ball (a car-full, actually…Sadie was obsessed with chuck-it balls).

My car was an elderly but super-reliable Honda CRV (Sadie was elderly, too, but built like a Honda so I knew she was up for the adventure).

We’d made it as far as Newport, Oregon and were heading further down the coast to Florence. I stopped at a gas station to fill up. In Oregon, they pump the gas for you, so while someone was doing that, I checked the oil. Or rather, I tried to check the oil. I pulled out the dipstick to check the oil level, but something didn’t look right. I stood there a while, turning the dipstick this way and that, examining it carefully. Then it hit me: it was bigger than it should be.

It finally dawned on me that I wasn’t looking at just the dipstick but also the gasket-thing that is supposed to be welded to the engine…that the dipstick goes into.

Try as I might, I could NOT get the dipstick and attached gasket back into the engine. I went inside the station and asked the guy for help. He followed me back out to my car…and that’s when things went sideways.

Here’s a snippet of our conversation:

HIM (while trying to put dipstick into engine): Geez, you’re right…that hole is hard to find.

ME: I have a flashlight…do you want me to shine some light down there?

I shine the light from my new handy-dandy headlamp into the darkness.

HIM: Better…but I still can’t see enough to get it in there. Maybe I can go by feel…

ME: How about I go underneath, and we can try and guide it in that way?

I lie down on my back, slide under the CRV and shine the light up.

HIM (after much grunting and groaning): Damn! That is really tight. Can you move the light around a little?

ME (trying not to laugh): Sure.

I move the light around a bit.

ME (trying really hard not to laugh): Okay.

HIM (after a few more groans): Damn…your engine is HOT!

ME (that’s what they all say): Sorry! 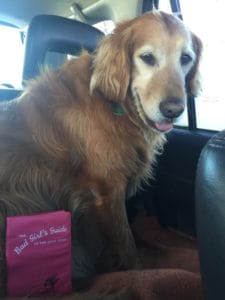 Then I got back on my feet, thanked him and (after sharing a cigarette), Sadie and I went on our merry way to Florence.