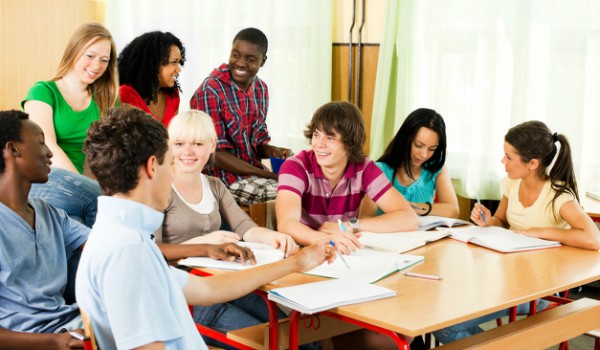 —
The anticipation of your son starting college conjures up visions of freedom, parties and independence for him. In today’s environment, it can also inspire some trepidation for parents. Parents are having to address an issue which has taken on a whole new meaning since they were 18, that of consent. Recently, the term consent has been used to refer to someone agreeing to sexual activity. The reality is that consent is a much broader topic.

The Legal Information Institute includes in their definition of assault, “reasonable apprehension of an imminent harmful or offensive contact. Physical injury is not required.” Studies have shown that more than 90% of our communication is non-verbal. We need to teach our young people, especially our young men, how to read non-verbal cues. If you lean into a person and they do not lean forward in return or, more importantly, lean backwards, they are letting you know that you are encroaching on their personal space. Any further encroachment can be considered offensive. Does that mean you have to stop talking to that person? Absolutely not! It just means, slow your roll. It does mean don’t touch them, tickle or grab them. You may want to role play this scenario with your son so that there is a clear understanding before any alcohol is added to the mix. Diminished capacity is not an excuse.

Of late, discussions surrounding consent have centered on consent as it relates to sex. As the common definition of sex amongst adolescents includes penetration, it is again, imperative to inform our young men that sexual assault can include, per www.womenshealth.gov “Fondling or unwanted touching above or under clothes.” This means that many of the popular movie make-out scenes where guys just reach over and commence touching without any conversation would be viewed as sexual assault today. The goal is to not increase the stress and anxiety surrounding interacting with someone you’re attracted to. In fact, if handled correctly, communication reduces everyone’s stress.

HOW TO KNOW IF YOU HAVE CONSENT

CAN THERE BE CONSENT WHEN DRUNK?

This is an important question as it relates to your son’s college career. College protocol and the law do not always have to agree. In other words, if students are inebriated at the time, and there is what was understood to be consensual sex at the time, and neither lost consciousness, in some states the parties would still be considered incapacitated to consent; however, in other states a legal argument can be made that there was consent. Based on your college’s protocol, l you can be considered impaired even if both parties consented, and you may face consequences such as expulsion. Make sure to understand your school’s Student Code of Conduct. All major colleges and universities now have a section to address sexual misconduct. It’s a good idea to review this with your son before he leaves so that there is no ambiguity. So now your drunk, how do you decide? Even when drunk, go back to step 1: Say something. If you or your partner can’t communicate, there can’t be consent. Remember, if there is any doubt, there is NO consent.

YES, A MAN MUST ALSO CONSENT

Just because a woman offers sex, does not mean a man has to want it. There is nothing wrong with a guy turning down sex. Sexual emancipation has given rise to a dark side, an underreported behavior. Some sororities are encouraging the collecting of sexual scalps. Without consent, it is wrong when a man does it. It is equally wrong when a woman does it. It is important for young men to realize that they can be sexually assaulted and/or raped. It is a myth that men cannot be raped. There is a powerful scene in the popular History Channel’s series Vikings which depicts just such an event. Sexual assault of a male is traumatic and should not be minimized because of gender. Males should be encouraged to report and are entitled to the same protections afforded female victims. You need to make sure your son is aware that this is NEVER okay.

IS IT EVER TOO LATE TO WITHDRAW CONSENT?

This is an extremely important concept. Just because someone consents to sex, that does not mean they have given up their right to end the experience at any point. Once someone says “stop,” or “no” or ceases participation, they have withdrawn consent and the other party needs to stop as they are no longer with a “willing” participant. There is no justification to continue the encounter.

At this point, some parents may be thinking, “am I making a mistake letting my son go away to school?” The college transition for a prepared adolescent is a valuable experience. In addition to education, college provides an opportunity for a young man to master self-sufficiency, gain self-esteem and most importantly develop the critical thinking skills needed to be successful in life. Teach your son about consent. This is an important tool that will make him a better person, then allow him the opportunity to step up and become that person.

DR. NADINE PIERRE-LOUIS is the Founder and CEO of Doc and Jock LLC, whose mission is to enhance awareness and communication on male issues with the slogan Real Men Talk™.Dr. Pierre-Louis has more than 15 years of experience as a Human Growth and Development Educator and Licensed Marriage Therapist.

In addition to her private practice, Dr. Pierre-Louis works as an adjunct professor at one of the nation’s largest community colleges, where she has gained a reputation for using humor to simplify complex concepts, making learning fun. She is the recipient of the 2016 AC4 Columbia University IACM Fellowship.

This post was previously published on Richardntheboyz.com and is republished here with permission from the author.

About Richard and the Boyz