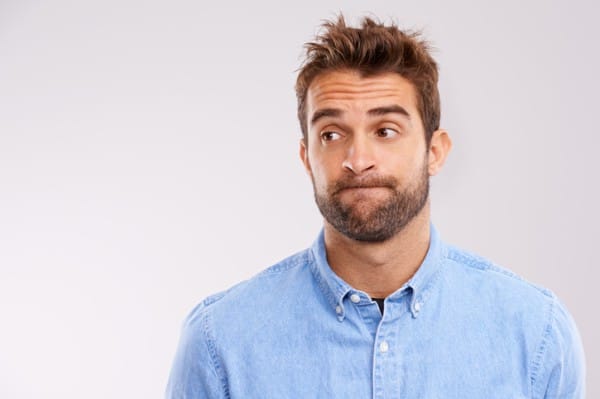 Whatever happened to just grappling with an argument? To actually responding to a position with which you disagree with analysis or facts, or something approximating critical thought?

I’m asking because over the last few years I’ve noticed a trend within social media and in the comments sections of sites where my essays appear, including here on Medium.

And as someone who writes about racism in America, and challenges my fellow white folks on the institutional advantages we continue to have in this society, and the injustices to which people of color are so often subjected, I’m sure you can imagine the liturgy of hostility to which I’m regularly treated.

But frankly, the overt bigotry and even death threats (oh yes, there are plenty of those) are in some ways less troublesome than the messages suggesting that all I’m doing by challenging racism is “virtue signaling” my liberalism, or attempting to assuage “white guilt.”

These types of responses appear beneath several of my pieces on this site, for instance, and I gather those who offer them think they are saying something important.

But in truth, they are saying nothing at all.

Nothing, except this: I do not know how to argue with anything you are saying. I haven’t the intellectual sophistication, the patience or the time to even try. So instead, I’ll accuse you of bad faith. I’ll accuse you of not even believing what you’re saying, but merely posing as a progressive (for popularity one supposes?), or trying to discharge some debilitating psychological malady that has caused you to feel bad about the racial state of the society. This, rather than doing what presumably all healthy folks would do in the face of such a thing: namely to shrug and say “Oh well, too bad.”

I guess it makes sense though.

I mean, if you can convince yourself that those of us who challenge racism are just doing it for our image, or because we’re wracked by guilt, then you don’t have to bother wondering why you don’t seem to care about injustice. You don’t have to feel anything at all for anyone else. You get to stay in your self-centered and misanthropic bubble forever, unmolested by the trivialities of conscience. How very white of you.

And no, snowflake (also white, just saying), that wasn’t a racist thing to say.
The history of America is the history of white folks ignoring racial injustice and being unconcerned about it until people of color forced the issue and left us with no choice but to act. We have always been slow to the game of giving a shit. Pointing out this undeniable truth is not racist, it’s scholarship.

In any event, and back to the point, while the virtue signaling charge is entirely without substance and hardly worth addressing — I mean, what is the payoff for public protestations of racial ecumenism, exactly? — the guilt accusation is one that has been around a long time. It’s an argument that gets weaponized regularly to shut down conversation. As such, it’s one that begs to be refuted.

Luckily it isn’t difficult to do so.

Because guilt and responsibility are not the same things.

Guilt is what you feel because of stuff you’ve actually done. Responsibility is something you take because of the kind of person you are. Feeling guilty for the nation’s racial history is admittedly unproductive but feeling responsible for making things better — for challenging the country to live up to its promises — is altogether different.

We regularly choose to take responsibility for things for which we are not, strictly speaking, to blame. And we do so for both practical and moral reasons.

As one obvious example, we clean up the effects of pollution, even when we did not personally belch toxic fumes into the sky from our own personal smokestacks, or dump waste into the nation’s waterways. And why? First, because practically it’s a good bet for health and safety, but also because the industrial processes that produced that pollution benefited us by providing a more advanced economy, consumer choices and national wealth. Thus, to take advantage of the upsides of those processes without paying for the downsides would be inherently unethical.

And of course, we have no problem reaping the benefits of past actions for which we weren’t responsible. Few people refuse to accept money or property from others who bequeath such things to them upon death, out of a concern that they wouldn’t want to accept something they hadn’t earned. We love to receive things we didn’t earn, such as inheritance, but we have a problem taking responsibility for the things that have benefited us while harming others.

But just as a house or farm left to you upon the death of a parent is an asset that you get to use, so too is racial privilege and the head starts that came to white folks as a result of the nation’s unequal opportunity structure.

Inertia is not just a property of the physical universe. It is also a property of the socioeconomic and political universe. That which happens in one generation affects the next and the next and the next. Which is one of the main reasons the typical white family in the U.S. has 12–15 times the assets of the typical black family, and why even white households headed by high school dropouts have more wealth, on average than black households headed by college graduates.

And from a purely moral perspective, if you get to use an asset, you have to pay the debt accumulated, which allowed the asset to exist in the first place.

If you think this unreasonable, try a little thought experiment: Imagine you were to become the Chief Executive Officer of a multibillion-dollar company. And imagine that on your first day you were to sit down in your corner-office chair and begin to plan how you would lead the firm to even greater heights.
To do your job effectively, you would obviously need to know the financial picture of the company: what are your assets, your liabilities, and your revenue stream?

So you call a meeting with your Chief Financial Officer so you can be clear about the firm’s financial health and future. The CFO comes to the meeting, armed with spreadsheets and a PowerPoint presentation, all of which show everything you’d ever want to know about the company’s fiscal health. The company has billions in assets, hundreds of millions in revenues, and a healthy profit margin. Needless to say, you’re excited.

Now imagine that as your CFO gathers up her things to leave, you look at her and say, “Oh, by the way, thanks for all the information, but next time, don’t bother with the figures on our outstanding debts. See, I wasn’t here when you
borrowed all that money and took on all that debt, so I don’t see why I
should have to deal with that. I intend to put the assets to work immediately,
yes. But the debts? Nope, that’s not my problem. Why should I feel guilty for all the debt the last guy took on?”

Once the CFO finished laughing, security would likely come and usher you to your car, and for obvious reasons. The notion of utilizing assets but not paying debts is irresponsible, to say nothing of unethical.

Those who reap the benefits of past actions — and the privileges that have come from whiteness are certainly among those — have an obligation
to take responsibility for our use of those benefits. Not because we’re “guilty,” or to blame for the world as we find it. But because we’re here, and this is the world as we’ve found it.

And if we don’t resolve to help fix the problem, it isn’t going to be fixed. In which case we’ll just keep kicking the can down the road to the next generation, bequeathing to them the terrible legacy our forebears gave to us.

At which point they’ll continue to engage the same unproductive conversations about guilt and virtue signaling, all the while failing to get a handle on one of the nation’s most profound and most debilitating divides.

And although those to whom we bequeath that legacy will not be guilty of having received it, we will surely be to blame for having placed upon them such a burden.

Which is to say that if we would like to end all the conversations about race — because they make us uncomfortable, or they make us feel bad, or whatever — there is an easy way out: eradicate the institutional racial inequities that plague us. And support systematic repair of the damage already done.

But if you remain unwilling to join in that battle, at the very least stop pretending that your desire to remain above the fray and to not care about these things is evidence of superior mental health and psychological adjustment. Racial narcissism is not a virtue, and those of us who reject it in the name of justice are most decidedly not the problem.

A version of this post was previously published on Medium and is republished here with permission from the author.”

Facebook31Tweet2PinEmailShares33
wpDiscuz
Share this ArticleLike this article? Email it to a friend!
Email sent!